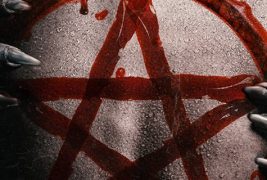 I just watched, then re-watched Blood Bound (2019) — a film that comes to us from writer/director Richard LeMay, Bloodline Productions, and Garden House Entertainment. It’s about a troubled teen girl who’s chosen by a coven of witches to take part in a ritual that happens every 25 years in order to maintain their immortality. At least, I think that’s what the movie is about. I mean, there’s a little more to it than that, but give me a few minutes to get warmed up.

Anyway, I guess what we really want to know is if Blood Bound made me wish to be one with the coven, or if it made me want to dump a bucket of water over myself and melt away. Hang out and you’ll find out soon enough.

Blood Bound begins with a home invasion of a couple by three armed masked men who’re looking for money. Flash forward, after seeing a dead deer on the side of the road for a little longer than necessary, we see a couple of guys unloading a moving truck. They grab a trunk to take out of the back of the truck and just so happen to notice that there’s a hundred-dollar bill sticking out of it. So, naturally they decide to see if there’s more where that came from and, as luck would have it, the trunk is unlocked and loaded with cash. Blood money perhaps? We see the c-note that was sticking out being thrown back into the trunk and the lid being shut. End scene.

Next, we see a Mustang with its top down, and a gratuitous t-shirt shot of our braless female lead, Kerry (Eden Brolin), and you just know that a movie’s going be awesome when the gratuitous tit shot comes this early! Anyway, Kerry and her boyfriend, who both look strung out, have a conversation about how he wants their “first time” to happen and how she refuses to let it happen in the car. He feeds her the lame, “…if you loved me, you would,” line of bullshit in hopes of changing her mind, and some other teen angsty stuff that I really didn’t pay attention to.

So, they wind up in a diner to meet their friend. After they’re all seated, an interesting couple walks in and has a bit of a revealing conversation with their waitress. They talk about the recent string of home invasions in the neighborhood where the couple just moved to and the woman makes sure to mention that she’ll be alone on a certain night. After the waitress walks away to get their order, they bring up the trunk of money and how they need to find a safe place for it. Flash forward, Kerry, her boyfriend, and their friend from the diner are leaving some other guy’s house after stopping there for a drink. Once they’re gone, we see that one of the guys from the moving truck scene is also at the same house, and he opens his mouth about the trunk of money and the new folks in town. I know, I know…. you’re wondering when the witches show up. I forgot to mention earlier that this movie is a super-slow burn. Sorry if this review is too, I’ll speed it up some.

I’m going to summarize what happens during the rest of the movie as quickly as I can, because I can feel myself starting to fall asleep with the rest of you. Anyway, so we find out that Kerry’s a cop’s daughter and that adds to her teen angst. Her boyfriend’s a controlling loser which makes things suck even more for her. Moving on, y’know the folks with the trunk of money? Well, as predicted, they receive a visit from the local home invaders, and you’ll never guess who they are! Yep, Kerry, her boyfriend, and their friend from the diner. The residents of the home were waiting for them to show because they happen to be part of the coven that I told you about at the beginning of this thing! They get the intruders and themselves prepared for the ritual that is to take place once every 25 years. Party on! The ritual moves from the garage to the woods, where more of the coven gathers and chants, and then things get demon-filled as the virginal Kerry is raped by a member of the coven in front of her boyfriend.

From here on out, Blood Bound becomes more Twilight-esque. Essentially, the “designated” coven member, named David (Ross Wellinger), who’s good-looking yet terribly emo for a witch, feels badly about what happened to Kerry. He tells her that he’s never been with anyone outside of his family. Awkward much?! Of course, Kerry is freaked out and David is confused as to why she is. He thinks he’s supposed to be her boyfriend and tries to act the way he thinks he should, until the others of the coven tell him to turn off the feels, but it’s easier said than done. Things get even more interesting once it’s revealed that Kerry’s preggers. Will David pick his family over his love?

In wrapping this up, Blood Bound is basically a strange, slow-burn love story with a supernatural edge. It’s not a terrible movie, but it’s definitely not a movie I would drop everything to watch again. After all, I’ve watched it twice to make sure I give it a fair review. It’s a beautifully shot movie, and the acting is decent. The story is interesting enough, but the pacing of this film is just brutal. I’ve seen some critics hail this as being “the best movie of the year.” I don’t agree. Anyway, catch Blood Bound on VOD currently if it sounds like something you’d be into. 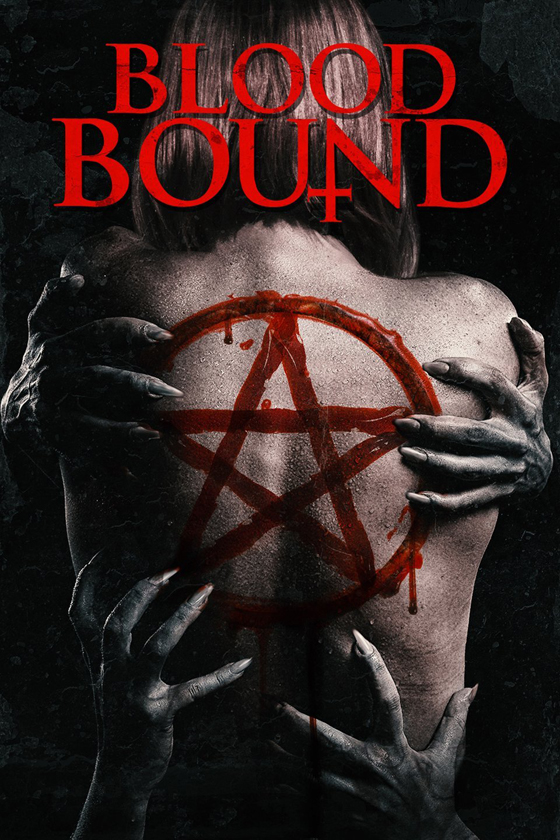