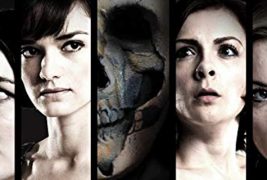 Hey guys! It’s been a good while since I’ve written a review for you to either applaud or give a hearty eyeroll and/or a middle finger to. It feels good to be back! Anyway, the film that I’m getting ready to tell you about is The 6th Friend (2016), written by Jamie Bernadette and directed by Leita Clouston. The film has a bit of a “girl power” feel to it, but after watching it, did I feel like a warrior queen…or did I feel more like taking a power tool to the brain to lessen the pain of losing the hour and twenty minutes consumed by a story that’s less horror and more Lifetime? Get comfy and stick with me as I tell you more about The 6th Friend.

So, as this film starts out, we’re at a party with a group of gals laughing and drinking…all the stuff folks usually do. Now, while it seems that it’s a ladies-only gathering, we see that someone’s brought the sausage. Yeah, there’s a guy thrown into the mix. One. Guy. Along with the testosterone, he’s also brought the acid…no, not the kind to douse the girls with, unfortunately, but rather to trip balls on. So, basically, everyone takes a dose and the camera focuses on the face of Joey (Bernadette) who’s hesitant about taking the acid but takes it anyway. She begins her trip, and we get to go on the journey with her, seeing what she sees thanks to weird camera tricks and accompanying music. Predictably, the trip goes bad, something bad happens with the acid dealer and one of the friends. The trippy sparkles turn into blood splatters with a still tripping Joey sitting in the middle of a murder scene amongst photographs being taken and screams being heard. Oh, the suspense!

Fast forward to the next scene where we’re told some time has passed, and apparently, there’s a reunion of sorts of the six friends from the acid-filled night. We have Sahara (Tania Nolan), Katie (Jessica Morris), Becca (Monique Rosario), Melissa (Chantelle Albers) and Heather (played by the 90s indie sweetheart, Dominique Swain). Oh yeah, and naturally the reunion is being held in a cabin in the woods. Oooo…spooky.

We see that Joey is less than thrilled about seeing her friends again because she’s still not over whatever happened the last time they were all together. Anyway, broody Joey reluctantly joins in the fun as the others start to pour the booze and have a good time.

Joey wanders into the living room, where the others are watching Melissa being interviewed on a talk show about what happened the night of the party five years ago. Turns out that Melissa is a reality-show actress who lives for being in front of the camera. She breaks down her natural ability to convey certain emotions at the drop of a hat as she explains her reactions and responses to the questions the interviewer asks. Keep this little tidbit in mind.

We also learn that what happened on that fateful night years ago was that the guy, named Tyler (David Villada), who’d brought the acid, decided to put on a spooky mask and get a little rapey with one of the drugged girls. Tyler got stabbed, a lot, by the others when they walked in and saw what was going on. Hooray for backstory!

The conversation amongst the girls after watching the piece kind of reveals where everyone’s mindset is at regarding Tyler. Joey’s pissed off at Melissa because she was promised that “it” wouldn’t be talked about during the so-called relaxing weekend and she threatens to leave. Stoner girls Heather and Becca laugh it off. Katy, the victim of the rape, isn’t thrilled and decides to leave also.

As Joey walks through the door, everyone follows her, and Melissa reminds her that she can’t leave because she has no car to leave in. And then, almost as a second thought she brings up that she still sees Tyler. This moment is kind of like the moment in A Nightmare on Elm Street when all the friends reveal that they’ve been dreaming about Freddy Krueger.

So, without giving much else away, the friends start “seeing” Tyler in the woods. Each of the friends start to be picked off one by one in ridiculous ways, until only Joey and the killer are left to duke it out. Is the killer returned-from-the-grave Tyler seeking revenge on his murderers? Is it a so-called friend? Is Joey STILL tripping balls after all this time?! You’ll just have to watch The 6th Friend for yourself to know the answer.

As for what I took away from this movie: I thought it was painfully predictable and not scary at all. It’s one of those movies where you want everyone to die five minutes in and/or you root for the killer from start to finish. Also, if you’re a gore whore, don’t bother wasting your time with this one. Like I said earlier, it’s an hour and twenty minutes too long. I think this is a slasher movie fail. There are some darkly comedic moments, but they’re way too few and far between. The characters are all annoying as hell. But, y’know, this is just my opinion. This movie has actually won several awards, including Best Horror Film and Best Actress, so congrats to those who worked on this movie. I’m still not a fan of it though. Let me know what you think. 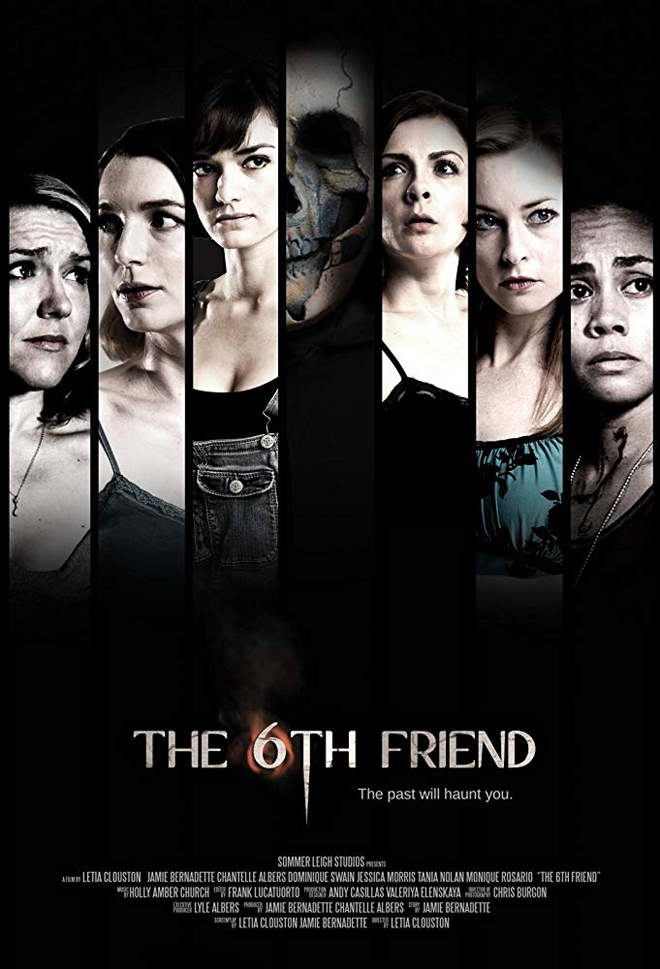