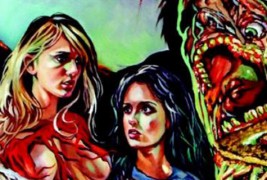 The Troma team has done it again. It’s time to dig into their most recent masterpiece of craziness, Return to Nuke’em High Volume 1, the latest entry in the Class of Nuke‘em High series. Obviously, the title punctuates the fact that there’s yet another one rolling out soon. So for now, let’s take a look at Volume 1.

The film begins with a clever recap of the original film and sort of rolls past the two sequels very quickly. Set many years after the first film’s events, the nuclear power plant that was once near Tromaville High School has been torn down and an organics food factory has been built in its place. The president of the organics factory (who, by the way, is played by the film’s director and president of Troma, Lloyd Kaufman) wants the students of the high school to eat the products that are being shipped out so their business can flourish. The toxic products turn a group of misfit students into a group of fiendish thugs that terrorize the school and call themselves the Cretins.

Meanwhile, a new girl named Lauren comes to the school and is picked on by just about every person there. Enter Chrissy, another girl who’s working on a blog to reveal the truth about the organics factory and its toxic secrets. The two fight at first but become infatuated with each other (kinda like Warren and Chrissy from the original and yeah their names almost are identical). Soon they become polluted with the toxic material from the factory and begin to slowly mutate.

Most Troma fans will probably skip the above synopsis and come directly here because when it comes to Troma films, plot really doesn’t matter. What’s emphasized is impressive gore effects and plenty of sex and nudity.

The movie maintains that classic Troma vibe while also adding plenty of new elements to the mix, including a freeze-frame of many of the characters and their attributes. The movie also contains many similarities to the original as well (including the song that was used for the opening credits from the original film) and avoiding the sequels (Citizen Toxie did the same thing with the Toxic Avenger series).

Another pleasant surprise is the inclusion of many classic Troma actors including Debbie Rochon, Dan Snow reprising his role as Cigarface (Troma fans will recognize him from the Toxic Avenger film series), and Robert Prichard (Spike, the lead Cretin from the original Class of Nuke‘em High) as a police officer during Lauren and Chrissy’s attack on the Cretins. The humor is present too in the form of simple gags and goofy acting by many of the characters, which is common in many Troma films.

When it comes to the gore effects that were covered well in numerous Troma classics in the past, this one feels a bit toned down when compared to, say, Terror Firmer, Citizen Toxie, and Poultrygeist. There’s enough, though, to satisfy gore hounds and some of the effects definitely are stomach-churning. That’s okay because Troma fans know that there’s more to come when Volume 2 kicks in.

Even though this one feels skimps in some areas when compared to previous efforts of Troma, it still has the Troma-aroma to it. Fans can relax in knowing that Volume 2 will deliver all that they want, especially in the gore department. Volume 1 is a great buildup to what promises to be an exploding and worthy conclusion. For Troma fans like me, it’s definitely a must-see. For most other horror fans, it’s worth checking out too. Now bring on Volume 2! 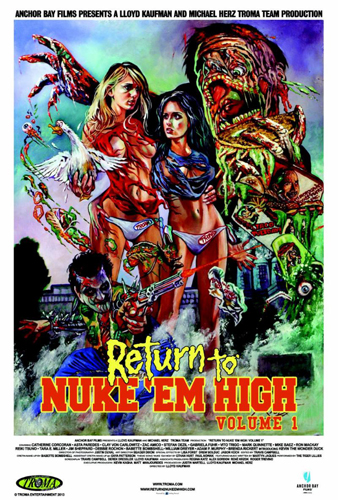 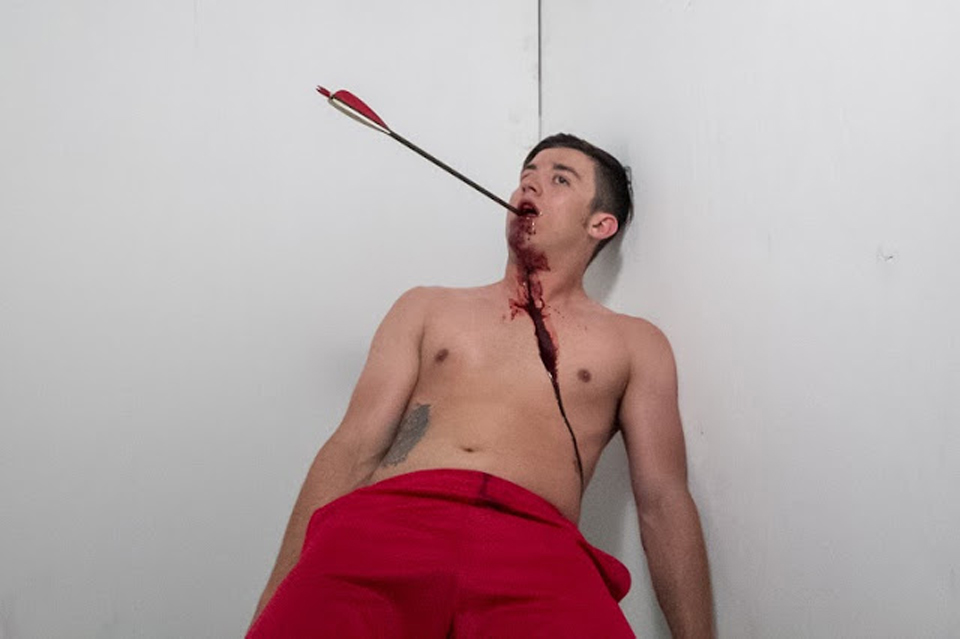