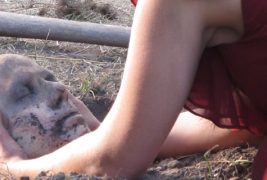 Indie film stalwart Debbie Rochon’s directorial debut Model Hunger is a pretty straight forward catch-the-killer story couched in oddities that have the potential to either titillate or turn off audiences. Readers of this website are likely to find themselves on Team Titillate, and that’s a good thing.

Ginny (Lynn Lowry) is a former pinup model who had been unceremoniously forced out of that unforgiving industry years ago. She lives alone in a blue collar neighborhood, ostensibly struggling to cope with the isolation wrought by having been cast aside. While some people cope with that kind of rejection better than others, Ginny’s become a psychotic, vengeful butcher, luring unsuspecting victims-to-be to her house—people that for one reason or another embody the traits she associates with her rejection—and murders them, sadistically and cruelly.

When Debbie (Tiffany Shepis) and Sal (Carmine Capobianco) move in next door, Debbie suspects Ginny of nefarious deeds, though what those are is a mystery. Sal writes off her unease as a result of Debbie’s own mental issues, but we know that her suspicions are justified. Hello, Dramatic Irony. As the body count rises, Debbie travels a perilous path toward discovering Ginny’s savage serial-murder spree.

Model Hunger is Fright Night sans vampires with a dash of John Waters thrown in. One need not have to look too closely to discover the implicit statements on ageism and film/model industry double standards Model Hunger posits. We’ve seen these issues explored before, but here the character of Ginny is a lot less Sunset Boulevard’s Norma Desmond and a lot more Friday the 13th’s Pamela Voorhees.

And if that weren’t enough to separate Model Hunger from other movies that share a similar subject matter, then its sub-textual narration by way of a surreal “TV show” called Suzi’s Secret hosted by a fat-suited Suzi Loraine aggressively spouting positive body affirmations intercut with an assortment of large, lingerie-clad models writhing and cavorting for the camera should be enough to render Model Hunger an island unto itself. It’s bizarre and I mean that in the nicest possible way.

Rochon’s directorial style is best described as utilitarian. She’s the anti-Tim Burton in that she doesn’t seem to apply an over-wrought thumbprint to every shot, every set, and every performance. She composes her shots and the scenes they comprise with a minimalist approach. Given the inherent strangeness of Model Hunger’s story execution, the straight forward visual aesthetic serves the movie well. 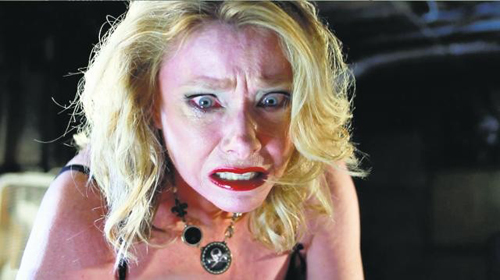 The performances here are all on the positive side of the age-old indie film divide of cast competency and that’s a nice surprise. Both Lowry and Shepis in particular are fantastic. And where most films at this budget level suffer from poor performances of the peripheral roles, Model Hunger avoids any such weakness, a testament to its cast members and Rochon’s smart direction of them.

Composer Harry Manfredini, best known for his iconic Friday the 13th score, bestows Model Hunger with original music recalling the tension-building motifs for which he’s known combined with some unusual, outside-the-box elements that fit this movie’s strange tone. Acquiring Manfredini’s services was a real coup for this production and the result is every bit as good as you’d expect.

Model Hunger’s few glaring flaws are of the technical variety. For example, it appears as though processes such as grading and color-correction were largely ignored. There are several shots that are marred by blown out, overexposed sky that’s blooming white rather than the restrained blue that would result from the work of a colorist in post-production. There are also a few shots that are badly—and seemingly inadvertently—out of focus. These and other similar issues rob Model Hunger of the type of cinematic quality that goes a long way toward immersing us inside the fictional world that the movie presents us. And vacillating between cinematic shots and home movie-caliber footage is awfully distracting.

Model Hunger is a visceral, unique interpretation of a familiar tale and an objectively successful directorial debut from someone who’s already done so much to shape New York’s indie/horror/exploitation scene over the past 25 years. It appears Debbie Rochon is every bit the real deal behind the camera as she is in front of it. Model Hunger is a glimpse into what gonzo monstrosities await us in a film landscape in which Debbie Rochon the auteur resides. 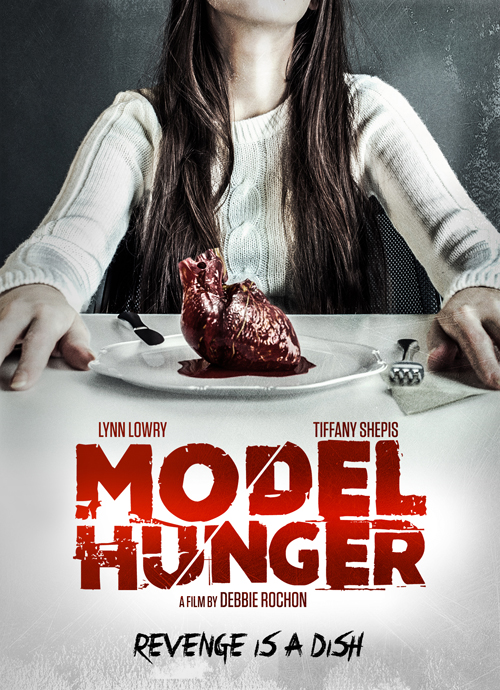