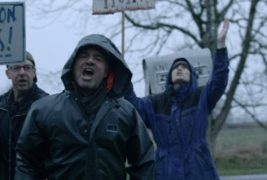 Directed by Larry Kent and co-written by Kent and Shane Twerdun, She Who Must Burn is the story of a backwoods mining town run predominately by a fanatically evangelical family, and the people who suffer from it. The opening sequence sets the stage for what you can expect: A man enters a planned parenthood building and opens fire, murdering two doctors.

We next cut to Angela (Sarah Smyth), a counselor who had worked for the clinic and refuses to leave town despite growing tension between her and the abortion protestors who have begun to camp on her lawn. Her refusal to leave the town lands her in the crosshairs of the charismatic and deliciously creepy preacher, Jeremiah Baarker (Shane Twerdun), and his extremist family who believe that God has ordered them to punish her for her transgressions.

I had been sitting on a copy of She Who Must Burn for quite a while, finding the subject matter too close to home in our post-election landscape. It’s a movie that is uncomfortably plausible. Where some horror movies take conventional concerns and ratchet them up to monstrous proportions, She Who Must Burn feels entirely too believable. Unfortunately, perhaps, the result is more depressing than horrific.

There are a lot of pieces that work really well. Twerdun delivers a chilling and nuanced performance, conveying the terrifying conviction of a man who believes he’s on the right side even as he commits atrocities. Jewel Staite of Firefly fame makes a brief appearance as Jeremiah’s wife, and their interactions are spot-on and a highlight of the story.

She Who Must Burn also pays attention to the details, and sometimes they work perfectly. The score is haunted by ambient hints of babies crying, a subtle – nearly subliminal – touch. The effects are top-notch, especially during the deeply uncomfortable-to-watch delivery of a stillborn baby early in the film.

But, for me, all of the moving parts failed to coalesce into an effective whole. It’s a film that quite clearly has something to say, but delivers its message in a way that adds little to the conversation that hasn’t already been said. 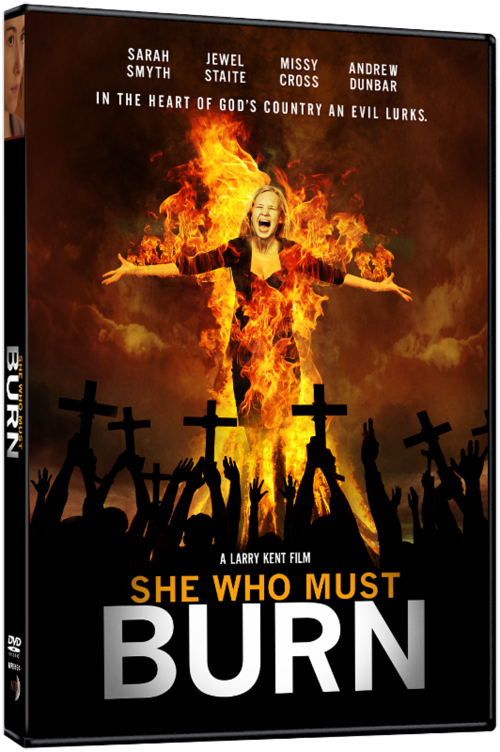