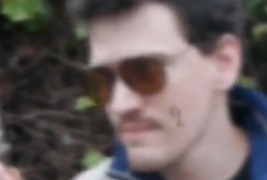 Director Eamon Hardiman has never killed anyone in real life (as far as we know), but Eamon and his team at Razor Sharp Studios, based in West Virginia, have produced some killer indie movies (see what I did there?), and their latest project Steve: Death Collector is revitalizing ‘80s slasher flicks and revolutionizing ‘80s slasher shower scenes with the use of in-your-face, blood-splattering 3D special effects!

Steve: Death Collector is seeking support from horror fans on IndieGoGo and offering tons of perks for contributing to the production, from signed copies of the DVD and limited edition VHS copies of the movie (for those who miss the thrill of watching stabbings through the warm haze of s-video), to the ability to create your own death within the movie and even an executive producer credit so that you can be sure the money you contribute makes those 3D stabbings and beheadings really pop off the screen. If you haven’t heard of Razor Sharp Studios, it’s probably because you were too afraid to drive into West Virginia to seek them out—and I can’t fault you on that, but deep within the hills of WV lurks something more horrifying than a toothless hillbilly looking for love in all the wrong places—there’s a budding indie horror scene that’s starting to grow fangs and an insatiable hunger. Part of this emergence of indie horror and slasher movies within the Mountain State has been triggered, in part, by Razor Sharp Studios headed up by founder Eamon Hardiman who’s directed, written, and produced over eight full-length horror films including The Crawling Dead (that’s crawling dead as in crawling, flesh eating, baby zombies), the Porkchop 3D series (think Jason if he wore a pig mask), and its spin-off Pig Girl (starring Missy Dawn) all of which are available on Blu-Ray and DVD via Amazon. 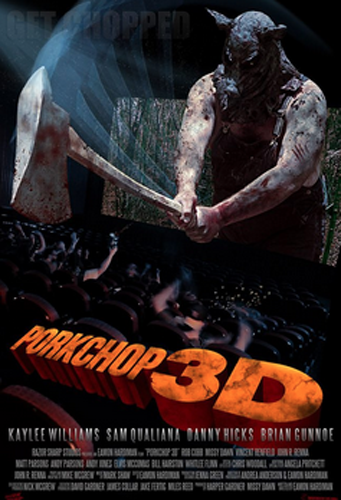 Steve: Death Collector started out as a tongue-in-cheek trailer produced for the UK Celluloid Screams Festival that harkened back to the ‘80s horror heyday of ultralow budget slashers, and it was such a hit that Eamon and his team at Razor Sharp Studios are turning the story into a full-length 3D movie with Missy Dawn, a.k.a. Pig Girl, set to direct.  And, again, they need your help to make it happen!

I recently had a Q&A session with Eamon, who’s staring as the title character in the upcoming project, at the ShockaCon horror/sci-fi convention that took place Sept. 26th in Charleston, WV where we talked about Razor Sharp Studios and, of course, Steve: Death Collector.

RavMon: Eamon, thanks for taking the time to talk to RavMon. Let’s cut to brass tax. On your Indiegogo page for Steve: Death Collector, you talk about this film starting out as a mock trailer for use as a bumper between films at the Celluloid Screams Festival in the UK, why did Celluloid approach you to make Steve: Death Collector? What was that experience like?

Eamon Hardiman: We had entered the Sheffield Horror Festival’s Celluloid Screams Bumper Competition last year and wound up being chosen. It got judged by the Soska sisters, and they didn’t pick us as the winner. One day an email shows up, and I’m told that they’re doing another bumper contest and they wanted us to submit since we were finalists last year. They had some pretty cool criteria and it was supposed to be a mock trailer which is something we’d tried to do in the past, but ultimately [that trailer] was never released due to someone else making a very similar film and releasing it before ours could see the light of day….so it was something we’d always wanted to take on. They wanted it ‘80s, and I figured…hell, I can do that.

RavMon: Why do you want to make Steve: Death Collector into a full-length ‘80s 3D slasher?

EH: Making Steve was so much fun and it was really simple. There weren’t a lot of shitty scheduling issues. It was low stress. Missy Dawn (the director of the feature-length version of Steve), and I sat down and talked about how much fun it would be to make it and—boom—Steve the feature was born. We’ve had the most success from Porkchop 3D out of all of our films, specifically the 3D version, so it was a no-brainer to shoot it in 3D.

RavMon: Can you tell us more about your IndieGoGo perks? How can people get a copy of Steve: Death Collector on high quality VHS? How can they create their own death scenes? What’s that process like?

EH: We’ve got all kinds of cool stuff like limited edition DVDs, VHS, and Blu-Rays at various tier levels. We always treat these as kind of a preorder situation so you are basically preordering the DVD, VHS, or Blu-Ray by donating and that, in turn, helps us make the movie.

As far as making your own kills, if you donate at that tier, we will have a SKYPE session with you and hash out whatever your wildest horror fantasies are and figure out something that works with our storyline and budget, and then we’ll shoot it! 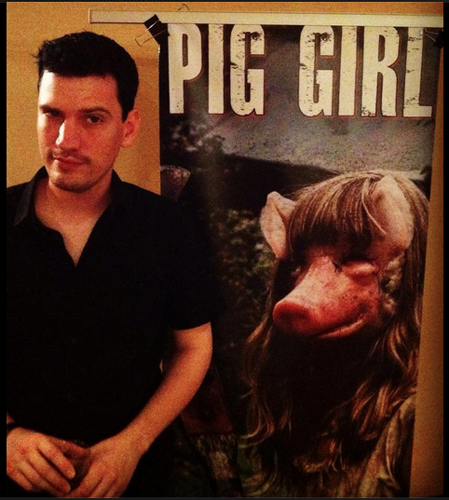 RavMon: Eamon, there’s going to be so many links to your past projects in the introduction to this interview that it’s going to look like this article is covered in chainmail, but incase people are overwhelmed by the hyperlinks, could you tell us a little bit about Razor Sharp Studios? How it came together? And some of the films you’ve produced?

EH: Razor Sharp Studios (formerly Productions) is a constantly changing group of filmmakers, artists, and musicians who all come together to donate their time and talent to telling bizarre stories on film. I guess it started in college. I had a filmmaking course and needed to make a short film. I decided zombies were a pretty good idea and made a little horror short with a lot of Sam Raimi rip-off shots. People seemed to enjoy it, and I had fun making it, so I figured why not go ahead and make a feature. This was extremely ill-advised, but it lead to the creation of Catholic Ghoulgirls, which was the ultimate “what not to do while making a movie” lesson. But, even though that was a piece of shit, I loved making it, and loved the whole post-production process so I just kept on doing it. Since then, I’ve made Vampire Whores from Outer Space, The Porkchop Trilogy, Zombie Babies, The Crawling Dead, and Pig Girl.

EH: My favorite film produced so far would be Pig Girl, which seems to be our best on a technical level, and it was a lot of fun trying to problem-solve with a tiny, tiny budget and even tinier crew. I think it’s our only movie that’s won an award, so that might have something to do with it.

RavMon: Where do you draw inspiration for your stories?

EH: I think most of the inspiration for what we do comes from the movies I used to watch growing up–more the teen comedy flicks than the horror, but there were a generous amount of slashers sprinkled in there.

RavMon: Thanks again for taking the time to talk with Ravenous Monster. To wrap up the Q&A, in honor of Steve: Death Collector, what are your top five favorite slasher movies?