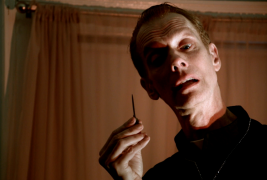 See what you think.  Read the full press release and watch the trailer below, Horror Fans….

Based on the web series and comic book of the same name and inspired by writer-director Nicholas Tana’s experiences living with a professedly possessed cat, Hell’s Kitty tells of a covetous feline that acts possessed and possessive of his owner around women. The results are as funny as they are frightening!

Nick (Tana), a Hollywood screenwriter, discovers his cat has become murderously possessed, and will stop at nothing to rid him of any women in his life. As his life unravels out of control, Nick must find a way to have his kitty exorcised of the demonic spirit haunting her and creating a body count.

With characters named after classic horror movie characters (Jones plays Father Damien, Berryman is Detective Pluto, Nina Kate is Dr. Laurie Strodes, Barbeau is Mrs. Carrie), and a tone reminiscent of some of the ‘80s greatest horror-comedies, Hell’s Kitty is undoubtedly the horror hiss of March!

Hell’s Kitty is written and directed by Nicholas Tana and produced by Denise Acosta.

To kick of the movie release and to share their love for cats, the creators behind the film teamed with HOLLYSHORTS MONTHLY SCREENINGS and the TLC CHINESE THEATER recently hosted a premiere at the legendary theatre to raise money for FixNation.org. FixNation provides a free, full-time spay/neuter clinic with two full-time veterinarians capable of sterilizing as many as 100 cats per day. They also help hundreds of cats find suitable homes. For more info on the cause click here. 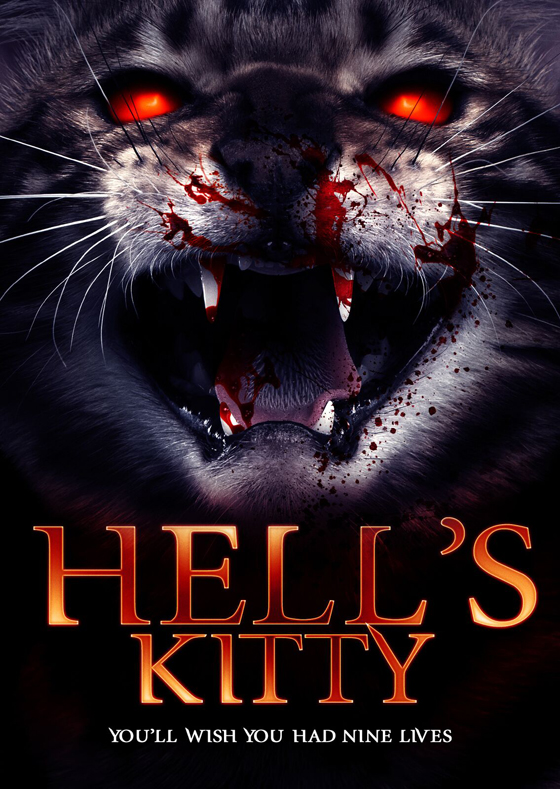