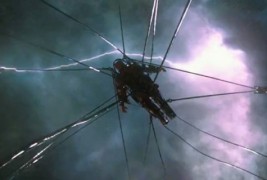 Meet Igor, a hunchback stuck in a circus who also happens to be the caravan’s chief medical expert. Daniel Radcliffe gushed about this role for quite some time leading up to the film’s release and you can see why—he clearly had a blast playing one of the most well-known supporting characters in horror film history. Radcliffe can really do no wrong as an actor, and while there are a lot of things you can point to as shortcomings in this film, the acting certainly isn’t one of them.

James McAvoy is our Victor Frankenstein, a medical student completely consumed with the idea that death is just as temporary as life itself. When he isn’t stealing dead animal parts from local zoos, he manages to run into Igor at the circus during an unsuccessful transaction request. Igor displays incredible knowledge of the human anatomy while helping a damsel in distress and Frankenstein sees something in the hunchback that makes him roll up the ol’ shirt sleeves and kick some circus-freak ass in order to break Igor out of the only place he’s called home his entire life.

Frankenstein showers Igor with goods including books, food, money and a rather helpful back brace, and Igor finds himself indebted to the good doctor. Frankenstein includes Igor in his experiments and soon the two of them are showing off a pretty gnarly animal quilt at the local college. When the experiment goes haywire and the authorities are brought in to investigate, things begin to unravel quickly for our entertaining duo.

Director Paul McGuigan has an eclectic list of credits, including everything from directing Lucky Number Slevin and Wicker Park to directing an episode of TV’s Scandal. This time he sets his sights on the iconic Frankenstein tale, focusing more on the mad scientist’s assistant Igor. Most of the film is told from Igor’s point of view.

Max Landis wrote the screenplay for this film. With each project of his that comes out, it becomes more and more clear that some people truly can still ride on the successful coattails of their parents to earn gobs of money for themselves without actually being uber-talented in their own right. Landis not only stitches together a sloppy script as if he’s a mad scientist himself, he also attempts to awkwardly squeeze a love story sub-plot into a film whose running time is hardly long enough to showcase The Creature as it is.

While the finished product of Victor Frankenstein is visually appealing and quite entertaining, the overall lackadaisical story-telling detracts from the film quite a bit. Sure, there’s a zombified chimp and a fun chase scene through a circus, but there’s also a rather boring and unnecessary scene between Victor and his father as well as far too much time spent on an inspector who believes Frankenstein is committing the ultimate blasphemy against God. However, that storyline is about as incomplete as The Creature itself. In fact, the character is so half-baked (no fault of award-winning actor Andrew Scott), his ultimate demise towards the film’s end hardly registers a reaction.

As far as Frankenstein’s monster is concerned, it’s probably best I keep my opinions to myself on that one…but if you really must know what I thought about it—it sucked. The make-up, the rushed and anticlimactic introduction of the monster, all of it. Anywho….

One thing that I think really blurs the line between expectations and enjoyment of these films is the fact that the characters are so revered. Do I want to see Victor Frankenstein going total bad-ass on people, throwing left hooks and diving beneath balls of fire in order to rescue his assistant, Igor? About as much as I want to see Abraham Van Helsing running through an abandoned cathedral with every piece of steampunk weaponry one could imagine. Or as much as I want to see Scarlett Johansson revive the role of Kay Lawrence in The Creature from the Black Lagoon remake, as rumored. But this is what the mass audiences seem to go for and the studios aren’t going to stop. So rather than bemoan the fact that this Victor Frankenstein seems a better fit in The League of Extraordinary Gentlemen as opposed to the father of the world’s most famous undead creation, I sit down and watch these films without a stitch of belief that these characters will even remotely resemble the literary or cinematic figures that came before them.

This mindset is what allows me to give this film a decent grade. There’s a lot to enjoy, especially if you’re a fan of TLoEG and Hugh Jackman’s Van Helsing. If you’re looking for a more authentic representation of the mad scientist who simply aspires to transcend science and succeeds (fails?) beautifully, here’s a novel idea—read the book.

Victor Frankenstein is the action-adventure reimagining of the literary classic that no one ever asked for. Yet, it is worthy of a rental. 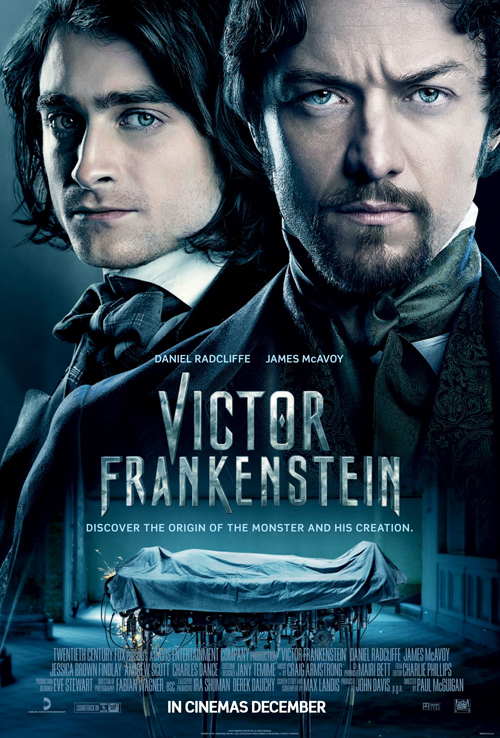