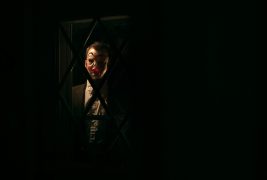 An interesting trend has been emerging in horror tales of our modern age. One: The most compelling horror narratives are, increasingly, found outside of film. Video games and creepypasta are, in many ways, dominating the modern horror narrative. Two: Some of the most interesting and innovative horror films emerging from indie studios are tapping into this zeitgeist, exploring these techniques to tell classic stories in new ways.

You Are Not Alone, directed by Derek Mungor, is such a film. Told through a first-person POV, it incorporates many of the things that make found-footage movies so appealing – the realism, the gonzo-style camera work – without the awkwardness of rationalizing the footage. We don’t need any gimmicks to explain the camera, why events are being filmed or who picked up the footage. We the audience must simply accept that we’re seeing events unfold through the eyes of the character, and this concept is so elegant and straightforward that it’s hard to imagine why more filmmakers aren’t doing it.

This intimate perspective succeeds for many of the same reasons horror videogames are so compelling. By reducing the distance between the viewer and the character, the terrors hit closer to home. You aren’t sadistically watching a hapless scream queen get terrorized; you come along for the ride. In a real sense, you are the character, and the fight-or-flight response of your reptile brain can’t help but be affected as you’re pulled into the story. 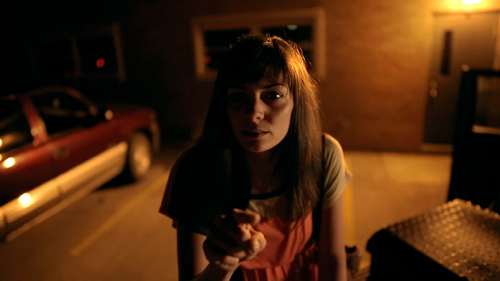 At its best, the film manages to build up tension to unbearable squirminess through the inescapable intensity of its POV. Each step of Natalie’s attempts at escape and self-defense is shown in excruciating detail, a focus on tiny things like locking doors and peering around corners in a way that couldn’t be captured in any other way. The film also makes good use of its score; where other filmmakers might have chosen to eschew music in the interests of realism, Mungor understands the necessity of the right music to set the mood.

On the other hand, You Are Not Alone suffers from near-fatal pacing problems. The action doesn’t begin until 50 minutes into the film’s 96-minute runtime, and that time isn’t always well-spent. Character interactions feel too realistic: listening to someone telling a long-winded and irrelevant story; awkwardly and euphemistically explaining a breakup to a relative; watching drunk people clumsily flirt and argue. It’s an authentic slice of life, but it’s authentic to the point of boredom, so much so that viewers may be tempted to look away before they get to the meaty goodness of the film’s latter half.

These are questions that are worth asking, and for that alone You Are Not Alone deserves consideration from anyone with an interest or affection for horror. 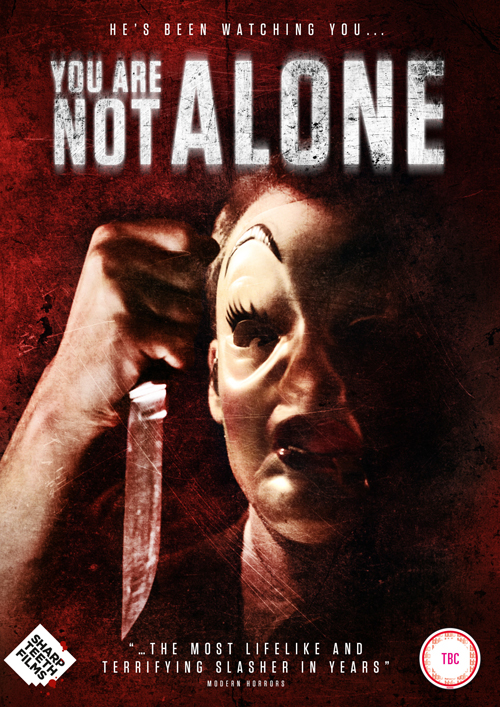