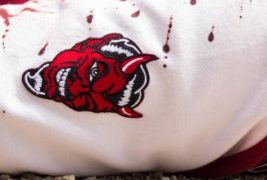 Steve Balderson’s Hell Town has been racking up awards and accolades as it’s napalmed venues both great and small across the festival circuit. Not only that, but it’s another vehicle to deliver more of the great Debbie Rochon whose directorial debut, Model Hunger is set to be released on July 12th. Here, Rochon gets back in front of the camera for this high-concept blend of camp, horror, and farce that’s soon to be served up on a platter by Gravitas Ventures. Read the full press release below and view the trailer, Horror Fans….

Since the world premiere sponsored by the Austin Horror Society and Alamo Drafthouse, Hell Town has made audiences and critics laugh and scream, picking up awards for Best Feature at Colorado Horror-Con, as well as a Best Feature and Best Actress win for Amanda Deibert, with nominations for Best Actor, Best Director, Best Screenplay and Best Cinematography, at the Crimson Scream Horror Film Festival.

Hell Town follows the melodramatic antics of high school seniors clashing over love, sex, and betrayal.  In the middle of all the everyday drama of one-sided infatuations, backstabbing bitchiness, bottled-up sexuality, sibling rivalry and general small-town angst, the Letter Jacket Killer is killing students in a variety of sadistic ways.  As the body count rises and the blood pools closer to home, it becomes clear that one of our main characters is the killer.  Everyone, from the prom queen and shirtless jock to the nosey geek and the super bitch, are all suspects in the carnage. 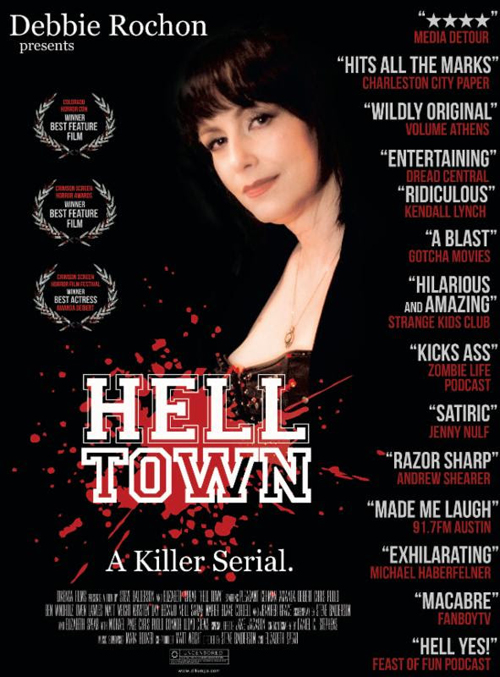