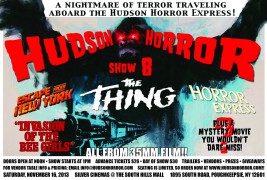 Hudson Horror Show 8 has been announced.  It will take place at Silver Cinemas South Hills 8 in Poughkeepsie, NY on Saturday, November 16th at 1PM.  This year’s theme is 35MM horror and exploitation and the fest features a great lineup.  To find out more, see the full press release below.

Headliner #2 is the 1982 horror/sci-fi thrill ride JOHN CARPENTER’S THE THING.  Carpenter and Russell teamed up again for one of the scariest films ever made, which boasts the amazing creature and special effects from Rob Bottin.  30 years after both Carpenter classics were originally released, we are thrilled to present these movies the way they were meant to be seen, off real 35mm film!

If the alien from The Thing doesn’t scare the pants off you, well, you just might want to take your pants off anyway for INVASION OF THE BEE GIRLS.  Starring cult film icon William Smith (Red Dawn, Grave of the Vampire) and the beautiful Anitra Ford (Big Bird Cage) this sci-fi/horror/exploitation hybrid has the sexiest murdering space aliens ever seen.  With a fun script written by Nicholas Meyer (who later wrote and directed Star Trek II and Star Trek VI), INVASION OF THE BEE GIRLS is one of the best “B” movies ever made.

Next stop is Poughkeepsie for the runaway train that is the HORROR EXPRESS!  Starring Christopher Lee, Telly Savalas and Peter Cushing this British/Spanish co-production mixes the Goth trappings of Hammer Studios with the blood and sexiness of Euro cult films.  If you only see one movie with a frozen ape monster that shoots laser beams from his eyes and turns people into zombies while on a train, HORROR EXPRESS is it!

The fifth movie for the show will be a MYSTERY HORROR MOVIE!  No kidding around this time, it won’t be blaxploitation or a giant monster movie, it’s a full on horror movie.  But you’ll have to come to the show to find out what it is!

Our last show was a complete sell out and tickets for this show are already selling faster than ever before.  Don’t miss it, get your tickets now!  Advance tickets are just $26.00.  Click here to order.  http://www.hudsonhorror.com/purchase-tickets/.  If any tickets remain the day of show, they will be available for $30.00, cash only.

As always we’ll have vendors selling toys, DVD’s, t-shirts and all other merchandise.  If you are interested in being a vendor, or if you have a question about the show, shoot us an email at info@hudsonhorror.com.  Keep watching our website and Facebook page for more info and we’ll see Saturday, November 16th 2013 for Hudson Horror Show 8! 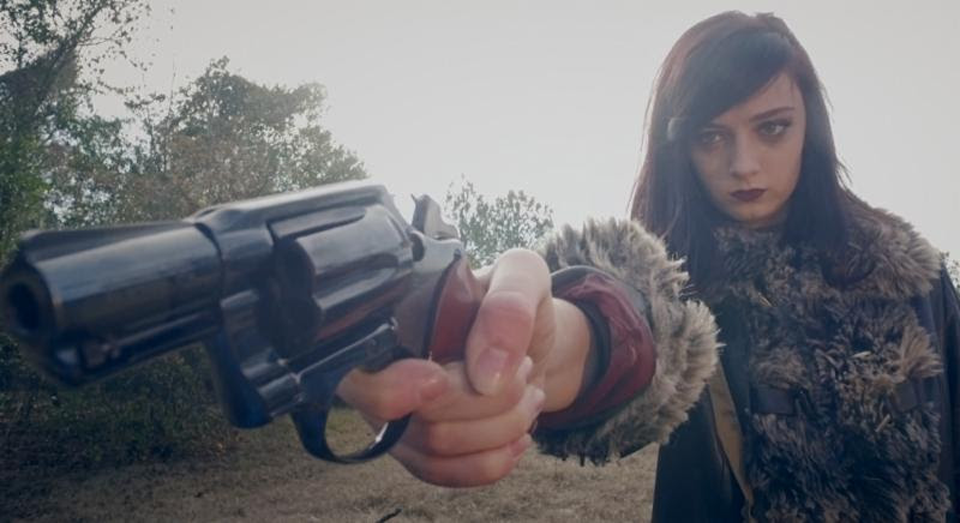