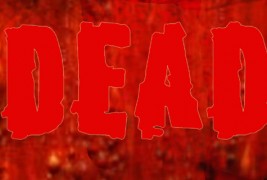 When I set out to make my debut film, I quickly realized a short flick wasn’t the end of the world.  Sure, I had dreams of full-length projects (my first feature-length flick actually starts filming this November), but we were working with a tight budget and my skills as a director had never been tested.  Add to that the fact that every cast and crew member was a volunteer, and it was an easy decision – ‘DEAD.’ would be a short flick, between thirty and forty-five minutes long.

Just about a year after my friend, Oscar Elias, and I started brainstorming how we’d translate my short story, ‘It’s Going Around’ to the big screen, it’s amazing to see all our work finally on the small screen.

It’s been a hectic year for this project.  Having been filmed in its entirety last November only to be re-shot this May and June with a completely new cast and sticking closer to the actual short story, there’s no doubt we flew by the seat of our pants with this movie.  It has been the most fun and exciting experience of my life.

With our budget tapping out at $53.26, it’s certainly not going to win any Fangoria Chainsaw Awards. However, I cannot express how pleased I am with the finished product.

After business got in the way of pleasure with a potential big screen premiere, I decided to cut the shit. This is a film made by a guy who never directed before. A 30-minute short, featuring the most enthusiastic and hard-working volunteers in the history of zombies, deserved a truly indie premiere.

Thus, the idea of a big screen premiere went out the window. To achieve maximum independent zombie awesomeness, I decided to premiere ‘DEAD.’ in my living room, on a TV my aforementioned buddy Oscar brought over from his place. Considering a five-year-old, 22” television with Led Zeppelin graffiti drawn all over it adorns my living room, I decided to go classy with the 32” flat screen.

I’ve said all along that I have no financial dreams regarding this film. I will be selling DVDs for $2 starting at the beginning of November as well as through my Facebook page (www.facebook.com/bldngreen/), with all proceeds going towards my next film project, a full-length film titled ‘Voices In The Woods’ that starts filming November 12th, 2011.  As money is the last thing on my mind, it’s just amazing to see what a little creativity and a lot of heart is able to achieve.

I would like to take this time to thank each and every member of the cast and crew of ‘DEAD.’, both the first version we shot last year and the version we shot this past summer.  Whether they were asked to stand in the middle of a pitch black field on a twenty-seven degree night at 10 P.M. last November or they got covered with corn syrup and green goo that reeked of mushrooms in eighty-five degree weather this past June, there were never any qualms. Everyone was there for the same reason – to have fun. It truly means the world to me that so many people were willing to set aside time out of their lives to help me with a weird little dream of mine.

I’ll be happy to take any and all thoughts, comments, praise, and insults you may have after watching the flick. 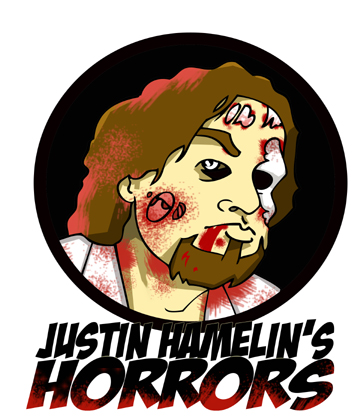 One thought on “DEAD Journal: Diary of an Indie Filmmaker 4”