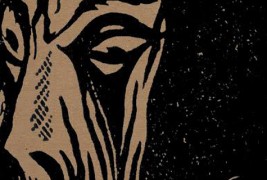 Scrawny and thin, my dead come in

But looks are soon forgotten

I fill the hollows in their cheeks

With little wads of cotton

I set their hair a’waving fair

And pull their eyelids down

To banish scowl and frown

For death is brief and so is grief

The tomb is no disgrace

And every man I bury

Has a smile upon his face

The droll bit of verse above comes courtesy of Mr. Lee Brown Coye and is titled The Undertaker. It is typical of the plain, earthy yet macabre output of this American original. Though Mr. Coye received much acclaim during his lifetime, today his name is not as well-known as it should be. Your humble servant pleads guilty to this oversight. I only recently became aware of his extensive body of work and now I plan to enlighten others as to his importance.

I became aware of Lee Brown Coye not through his prodigious artistic output, but due to his stories and anecdotes, which are not as well known. A new record label called Cadabra Records is devoted to spoken word horror and their first official release happens to be Where Is Abby? And Other Tales featuring works by Mr. Coye. After listening to this collection, I became interested in learning more about this multi-talented and somewhat ghoulish gentleman. And thereby we come to what you are now reading…. 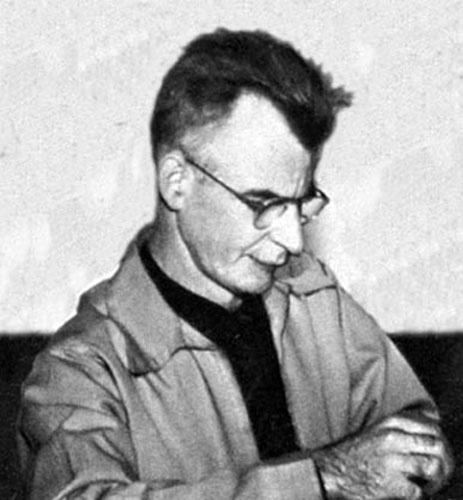 Lee Brown Coye was a native of Syracuse, New York and was born there in 1907. He spent his whole life amidst the small towns, forests and valleys of Central New York State and that location plays a huge part in both his visual and spoken art. He showed a great talent for art at an early age and spent the rest of his days as an artist. The range of his works was exceptional. It included not only painting and drawing in all media, but also sculpture, model building, murals, mobiles and dioramas. When he was not creating art, he was teaching others about it and spent much of his life educating people on the value of art.

He was a completely self-taught man. He obtained his knowledge of human anatomy from attending autopsies, which no doubt led to his stark and unsentimental descriptions of people, both live and dead, in his stories. He was also a nature lover and spent hours in the field so he could incorporate natural elements in his work.

His predilection for the macabre and the spooky manifested itself early. He became an illustrator for three well-known horror anthologies issued by August Derleth in the early 1940s, Sleep No More, The Night Side, and Who Knocks? These established his unique style, which was quite different from other fantasy artists of the time. Coye’s approach was folksier and less classical. He drew shadowy landscapes full of distorted humans and even more grotesque monsters. The pictures were stark and the lines dark and hard. His art seemed to come directly from a nightmare or perhaps an old campfire horror story. A possible contemporary comparison could be made to the art of Mike Mignola.

A recurring theme in almost all of Coye’s art is crossed sticks. The motif of loosely crossed or bundled sticks can be found in the majority of his work. This stylistic quirk had an interesting origin. Coye loved to roam the remote and obscure parts of Central New York and was particularly attracted to abandoned buildings. In 1938, he found an abandoned farmhouse in the woods near North Pitcher. All around that farmhouse, both inside and out, Coye found patches of sticks that had been laid out in a lattice-like pattern. They were both inside and outside the house. There was no clue as to who left the sticks or for what purpose. That discovery haunted the artist and he incorporated that faintly ominous discovery into his art from that point on. Many years later, he returned to the spot only to find no trace of the house. His longtime friend, fantasy author Karl Edward Wagner, wrote a story called Sticks inspired by Coye’s tale. It may have even been an influence on the creators of The Blair Witch Project, who put their own eerie collections of sticks in their story. 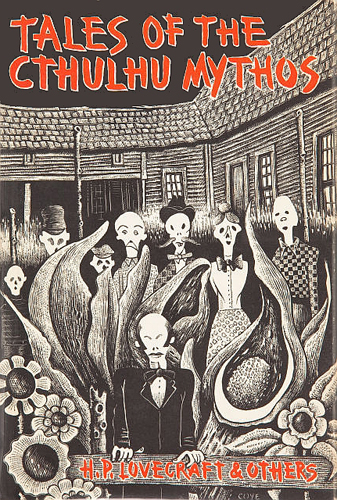 After his work for August Derleth, Coye continued to contribute frequently to Weird Tales magazine, the 20th century’s greatest source of weird fiction. He illustrated many of H.P. Lovecraft’s more rural horror tales such as The Dunwich Horror and The Color Out of Space. When Weird Tales ceased publication, Coye effortlessly switched to new magazines such as Amazing and Fantastic. This he did while continuing his own private art projects. He worked regularly and tirelessly into the 1970s, more than 30 years after he began his professional career. He was hard at work illustrating a collection of Karl Edward Wagner’s work when he suffered a severe stroke in early 1979. He never recovered from it and passed away in 1981, bringing an end to an extremely prolific career.

Coye’s celebrated art can be easily found on the internet, but much less well known are his own macabre stories. These were part of his Chips and Shavings series that appeared in the Mid-York Weekly newspaper from 1964 to 1970. Outside of the readers of that particular periodical, these stories have very seldom been seen or discussed. This is where Where Is Abby and Other Tales comes in. Cadabra Records rescued eight of these Lee Brown Coye anecdotes from obscurity and got Coye’s own son Robert to read them aloud.

There is a very stripped down, homely feeling to Coye’s tales. These are not stories of cosmic horror such as Lovecraft told. Rather, they all come from the folklore and history of the Central New York region. Many are very macabre observations of real life situations, made even more disturbing because of their plain language. It’s like listening to a strange uncle spin stories of his long ago youth.

Robert Coye is certainly not a professional voice actor. His tone is plain and dry instead of the velvety purrs of a Vincent Price or a Boris Karloff. Some may be put off by this, but the delivery and tone fit the actual style of the stories themselves.

As for the stories, “Where Is Abby?” tells of a man haunted by a horrible mistake he made. That mistake is a cruel twist and even grotesquely funny in a way, but Coye relates it in the most matter of fact way possible. “The Cradle” tells of the author’s shock on visiting a perfectly preserved antique home and seeing a gigantic infant’s cradle in the attic. He muses over a monstrous mother rocking a man-sized baby to sleep and that image is one you’ll find hard to get out of your head. 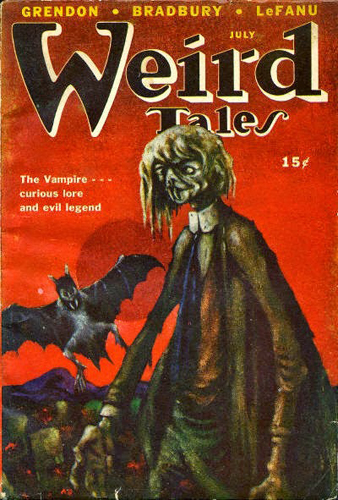 “What Remained of Margaret Rogers” finds Coye at his twisted best. It seems Mrs. Rogers was the fattest woman in the world and Coye relates with glee some of the awkward situations of her life. But when it comes to Margaret’s death, things get downright disgusting, as there’s a lot of trouble handling the huge body in the days before refrigeration and motor vehicles….

Coye also played with poetic verse and “The Undertaker” that I started this article with is presented in full. “The Lincoln Train” is the one story here that deals with the supernatural. A new railroad worker is assigned to a lonely depot on the yearly anniversary of when President Lincoln’s funeral train went through the area. Needless to say, the railman witnesses an unearthly and disturbing vision. Coye’s descriptions here are pure horror.

“And Portions of Hannah” is another whimsical but gruesome bit of verse describing the trouble a man has in keeping the ashes of multiple cremated wives straight. “Some Canaries Don’t Sing” is a bit of an odd one telling the tale of a woman who doesn’t seem to look her age. The album ends with “The Church,” Coye’s literal telling of a morbid nightmare vision including his own death.

Where Is Abby? and Other Tales is not an audio experience to fill a person with overwhelming terror or disgust, but rather a feeling of quaint unease, where the imagination often fills in the blanks. It is the lore of an earlier time but easily understood despite that. These are the kind of homespun horror tales that used to entertain people on dark evenings in small towns before the age of electronic entertainment.

I hope Cadabra Records continues to dig up gems like this (pun intended). This effort should shine more light on the grisly legacy of Lee Brown Coye, an American original. 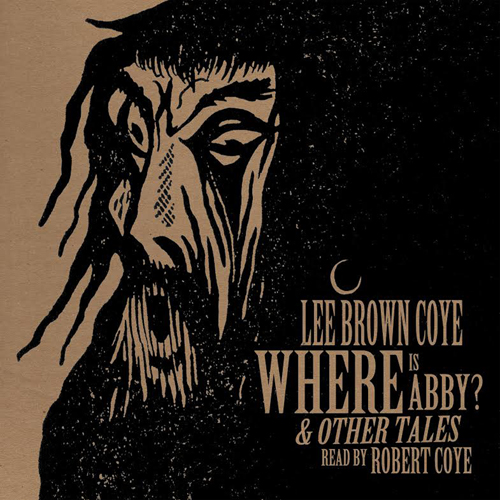 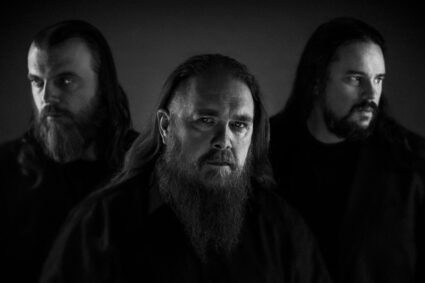 2 thoughts on “The Homespun Horror of Lee Brown Coye”