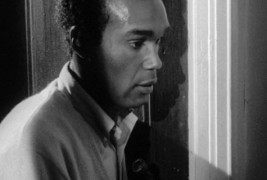 Let’s start with some numbers:

–In horror movies, only 16% of lead roles go to non-white actors.

–Only half of horror movies pass the Bechdel Test.[1]

These numbers come from “The Truly Scary Politics of Horror Movies,” a comic written by Anne Elizabeth Moore, illustrated by Gabrielle Gamboa, and published just in time for Halloween on Salon.com.  I’ve been reading and watching horror since age 14, when a friend of my Dad suggested that if I liked books about monsters, I should put down J.R. R. Tolkien and try H.P. Lovecraft.  It didn’t take long for me to start writing my own horror, beginning with a laughably bad piece about living hieroglyphics that ate archaeologists (yeah, really).  Eleven years later, I made my first professional sale: my short story “Caramula” appeared in the sadly-defunct City Slab magazine.  I’m no Stephen King, but I love this genre, whether on the page or the screen, and when I see an article like “The Truly Scary Politics of Horror Movies,” I sit up.  If only Moore and Gamboa had revealed anything about horror or its politics—liberal, conservative, or otherwise.

Key to the comic are two disclaimers:

The first, featured before analysis begins: “To test [our thesis that horror marginalizes women, and people of color and features inappropriate amounts of sexual violence] we watched 74 international horror films, mostly released since 1960 (about half since 2000). . .”

The second, marked by an asterisk on the last page: “Viewing lists were totally subjective and based on the interests, predilections, and foreknowledge of five pretty engaged, gender-aware viewers of horror. Also, all films mentioned are US releases unless otherwise indicated.”

74 horror films “mostly” from 1960 or later, with about half released after 2000; this is statistically meaningless.  2013 alone saw the release of well over 74 horror movies on the American market.  The earliest film cited in the comic is Manster, from 1959. The latest are American Mary, 2-Headed Shark Attack, and V/H/S, all from 2012.  That leaves 70 films over the intervening 53 years.  Since Moore and Gamboa don’t provide a list of titles, we have no idea whether they’re surveying revered classics or deservedly forgotten B-grade shit.[2]

Nor do we know whether the trend in horror is toward greater or lesser sensitivity to women and minorities, since the authors pay no attention to the social context surrounding the films in question,[3] and make no comparisons between horror and other genres of film.  A Rock Hudson/Doris Day romantic comedy from 1959 is going to have hugely different gender dynamics from Bridesmaids, and comparing them as contemporaries would ignore over half a century of socio-political change.   Why would we assume horror is any different?  This cherry-picking comes off less as serious analysis and more as a drinking game for bored gender studies majors.

I don’t think Moore and Gamboa are stupid, pedantic, or ill-intentioned.  Rather, I think the root cause of this flawed exercise in pseudo-revelation is a fundamental misunderstanding of horror as a genre, of the wide range of people who consider themselves horror fans, and of the potential for horror to be art.  Discussing the prevalence of sexual violence in the films, they write, “Good news for misogynists! Women behind the camera may be no less likely to greenlight rape plots.”  They then cite a statistic that really is frightening and disturbing: sexual violence against female horror characters occurs at the same rate (according to their survey) as sexual violence against women in real-life—an incidence of 1 in 5.  This is the stuff of real horror, an inarguably dire problem in need of urgent address.

But the writers’ assertion that the prevalence of rape in horror films is evidence of misogyny on the part of directors or viewers only holds water if you accept Moore and Gamboa’s primary argument, best articulated on the last page of the comic: “Not that horror is supposed to be friendly, of course. It’s supposed to be scarrrrrry! But it’s also supposed to be different from the real world, or we wouldn’t watch it: we’d just turn on the news.”

What we’re reading is the same position would-be censors have adopted towards the genre for decades if not centuries: the people who consume this stuff lack the sophistication to determine the difference between a film (or book, or game, or comic) depicting an act and that same work condoning the act.  Conspicuously missing from any of the writers’ numbers is context.  How many of the films they watched actually glorify rape?  Is it depicted as something women deserve, or as an act committed by loathsome and detestable monsters (human or otherwise)?  What ultimately becomes of the rapist?  Like every group of people, horror fans are a mixed bag.  Doubtless there are a few emotionally-stunted knuckledraggers who get off on seeing depictions of sexual violence in horror films, but I don’t know any of them personally, and I know an awful lot of horror fans.

Moreover, why shouldn’t horror be a medium to explore, understand, and combat real-world problems?  Rod Serling often used The Twilight Zone to make the horrors of racism concrete for his middle-class WASP viewers.  Don Siegel’s Invasion of the Body Snatchers was a reaction to the unthinking dogma of McCarthyism.  Why can’t horror serve as a forum to discuss the epidemic of sexual violence?  For Moore and Gamboa, horror is primarily escapist—and there’s nothing wrong with that.  I can understand how after a long week in the real world, you may not want to watch Jon McNaughton’s Henry: Portrait of a Serial Killer or Takashi Miike’s Audition on your Friday night, though both are powerful works of cinematic art.  But the rest of us aren’t necessarily here for escape, and that doesn’t make us drooling misogynists and car-wreck perverts.

One of the biggest reasons Moore and Gamboa’s comic disappointed me is that I would love to see a serious, mature discussion of race, gender, and sexuality in horror.  And make no mistake, we who enjoy and create within the genre definitely have some kinks to work out.  There’s a reactionary, embittered side to horror, a side that doesn’t explore fear so much as give into its ugliest manifestations: fear of the foreign, fear of healthy sexuality, fear of those who are different.  Sometimes we aren’t the brave phobonauts we should be, sniffing ahead with werewolf senses to make our collective anxieties comprehensible, manageable, navigable.  Sometimes, we’re closer to Fox News scaremongers, preaching fire and brimstone at those who lose the Correct Path.  It’s an affliction that’s been with us since the beginning of our craft, present even in some of my most admired horror artists.[4]  We need to cut it out like the cancer it is, and while we’ve made a lot of progress, we still have a long, dark walk through the graveyard ahead of us.

Moore and Gamboa didn’t give us that discussion, though I wish they had.  I wish they had also acknowledged that at its best, horror can be revolutionary.  I’ll leave you with the example of two films, both in theaters in 1968, both milestones.  Stanley Kramer’s Guess Who’s Coming to Dinner is the story of an interracial romance between Katharine Houghton and Sidney Poitier.  Daring stuff for the late ‘60s, to be sure.[5]

Guess Who’s Coming to Dinner went as far as it probably could for 1967, but one year later a film came out that I think is more transgressive still.  Imagine a group of people, randomly thrown together in the midst of a crisis unencountered in human history.  Besieged and in mortal danger, one voice unites them, and he’s a black man, neither a Sidney Poitier nor a magical Negro but a working-class guy whose intelligence, bravery, and clear thinking are the best hope for the panicky, terrified whites around him.  He’s assertive but good-natured.  He takes no shit.  He makes the plans, he calls the shots, he smacks a white man for his cowardice.  I’m talking about George Romero’s archetypal zombie movie, The Night of the Living Dead.  Just cheap, escapist, regressive thrills, right?

[1] To whit, whether two female characters sharing a scene talk to each other about something besides a man.

[2] I’ve never heard of Manster, and I count myself pretty horror-literate.  I had no idea a movie called 2-Headed Shark Attack even existed; I’ll grant you, I’ve been living in Egypt for two years, but we got most of the major horror movies that reached the US market.

[3] Except Manster, which—surprise!—followed the unenlightened racial attitudes of its day.

[4] I love H.P. Lovecraft’s fiction, but I’m deeply uncomfortable with the fact that the same man who inspired me with groundbreaking horror stories like “The Shadow Over Innsmouth” and “The Colour Out of Space” wrote a poem in his youth entitled, “On the Creation of Niggers.”

[5] Though as several critics noted (I’m thinking particularly of Richard Roeper), you’d have to be this side of the Klan to disapprove of your daughter dating a guy like Sidney Poitier’s suave, good-looking doctor.  It’s like finding out your son is gay when he brings home a Rupert Everett clone who’s also a talented neurosurgeon running an orphanage in Calcutta. 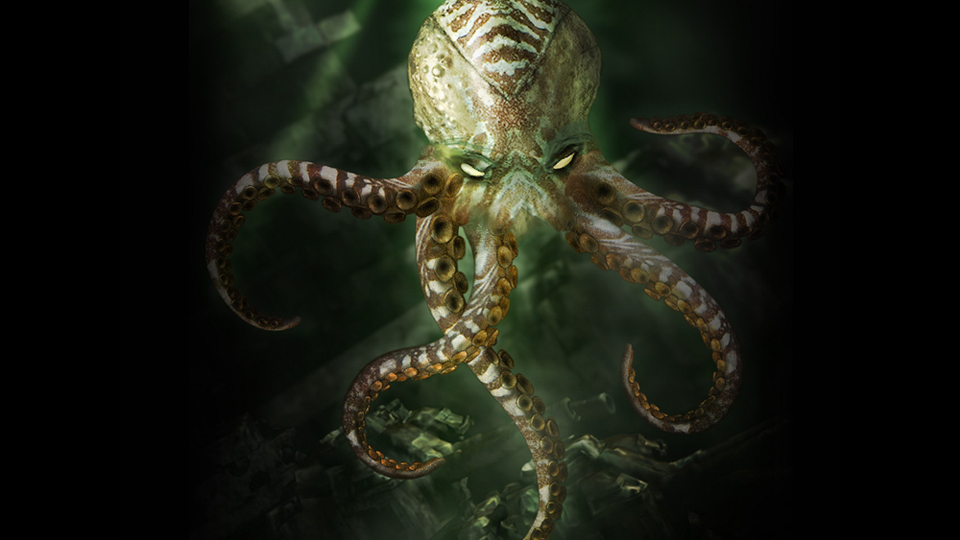 2 thoughts on “No, Anne Elizabeth Moore and Gabrielle Gamboa Haven’t Revealed Anything About Horror Movies”