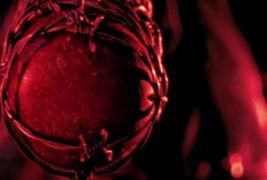 The second half of The Walking Dead’s sixth season is in the books and AMC’s Sunday-night juggernaut continues to shamble forth and devour the competition. This semi-season is packed with high-stakes drama, darkness, and no-holds-barred collateral damage and while the series remains successful in those ways, it also fails just as spectacularly in a few ways, too.

The post-hiatus premiere kicks off with our heroes slathered in walker guts (which functions as a sort of zombie camouflage) as they try to escape an overrun Alexandria, the walls of which were breached by a collapsed church that had been damaged in the siege by The Wolves. Meanwhile, Daryl (Norman Reedus), Abraham (Michael Cudlitz), and Sasha (Sonequa Martin-Green) head home toward Alexandria after having killed a group of The Saviors—mysterious bad-guy Negan’s goons—that had tried to rob them and likely would have done worse.

The premiere episode ends with an amazing amount of death and carnage. Rick’s (Andrew Lincoln) new squeeze Jessie and both her sons die, Carl (Chandler Riggs) loses an eye, and the remaining Alexandrians quickly get over their aversion to self-protection, joining Rick and Michonne (Danai Gurira) in a walker-slaughtering extravaganza that’s eventually helped along by Daryl, Abe, and Sasha just in the nick of time.

Frankly, this episode would have—and probably should have—made one hell of a midseason finale, but instead it makes a fine, if not un-perplexing premiere. The remaining seven episodes depict a fairly simple series of events.

Our heroes clean up and rebuild Alexandria and when food runs low, Rick and Daryl make a supply run where they meet Jesus (Tom Payne), a benevolent con-man from another camp called The Hilltop. They take Jesus captive, but he proves a difficult man to control. After some Houdini-like shenanigans, Jesus and our heroes head to The Hilltop together to trade supplies in what they hope will be a mutually beneficial relationship between camps.

At The Hilltop, our heroes learn that Negan’s Saviors are sort of like the post-apocalyptic mafia, extorting The Hilltop for their supplies by threatening to attack if they don’t abide. Our heroes work out a deal to kill Negan and The Saviors in exchange for half of The Hilltop’s supplies. As Rick formulates the slaughter of The Saviors, Carol (Melissa McBride) of all people, loses the will to kill.

This dynamic is the main tension of the semi-season. Is killing ever justified? Rick is the embodiment of the “yes” end of the spectrum as he’s in favor of preemptive attacks on people who pose a threat while Morgan (Lennie James) embodies the “No” end of the spectrum and avoids killing at all costs. Before the season is over, each of them are able to cite examples of their respective philosophies essentially functioning like the butterfly effect where either killing someone, or not, initiated a series of events that resulted in one of our heroes’ lives being spared.

Predictably, Rick and the others besiege The Saviors’ hideout and slaughter most of them, but it doesn’t go as planned. The Saviors prove to be a larger, sturdier, and more dangerous group than our heroes anticipated. Meanwhile, Carol’s moral crises compels her to leave Alexandria, but she quickly learns that killing to survive is a lot more difficult to abandon than she’d hoped. 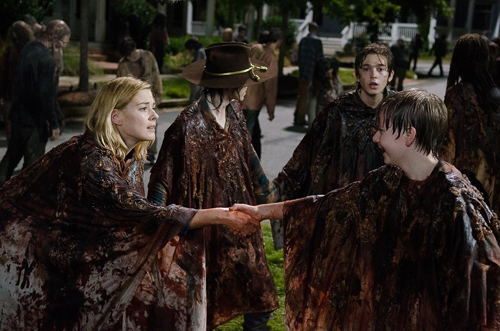 The season culminates with a 90-minute finale that promises to finally reveal Negan (Jeffrey Dean Morgan), the dreaded leader of The Saviors. It’s an event that both the season’s narrative and its marketing have been building toward since last fall. And after 85 minutes we do finally meet him. Unfortunately, it’s an incredibly underwhelming payoff that’s made worse by the fact that the entire, needlessly long episode is only a vehicle to deliver us Negan’s five-minute monologue—a relative dud of a scene. And what’s worse is that the cliffhanger from the penultimate episode implying the possible demise of one of our most beloved characters turns out to be a red herring as he gets trotted out and reunited with Rick and the others for a front-row seat to Negan’s speech. Stranger yet is that the finale actually does end with Negan murdering someone, only we’re not shown who it is. And although most of the season-long subplots are pretty thin, they all remain unresolved. The finale ends up being a frustratingly manipulative disappointment, much like the seven episodes that precede it.

First, the good: This semi-season continues to showcase the show’s strengths, namely its ability to ratchet up the tension to white-knuckle levels, usually raising the stakes and imperiling our heroes around large-scale, action set-pieces. There’s no denying that The Walking Dead has a knack for improving its viewers’ abilities to hold their breath. Some individual episodes are a visceral, even exhausting experience, the result of which is always gratifying because it transcends mere mental and emotional engagement. The overall effect of these episodes is reminiscent of those old Maxell Cassette commercials where the guy is sitting in an easy chair with his hair blown back and the room disheveled after listening to his stereo.

The show’s production remains among the best, too, from its pulsing score to its fantastic make up and set designs. Aesthetically, The Walking Dead is a well-oiled machine.

However, this semi-season is much more flawed than seasons past. Most of it can be attributed to sloppy writing that negatively affects the plot and certain aspects of the performances.

The biggest offender is the awkward way Carol’s moral compass is reduced to a plot device, the only purpose of which is to put specific characters in specific situations at specific points throughout the eight-episode span. Now, it’s true that nearly everything posited in a serialized narrative like The Walking Dead is a plot device that functions in those same ways. However, good writing disguises that gadgetry with good development, motivation, and characterization so that we don’t notice how we’re being manipulated. Unfortunately, Carol losing her stomach for killing is foisted upon us without any of these methods to integrate it organically and seamlessly into the narrative. Other than an ostensible, half-baked love interest that’s barely depicted let alone developed, Carol just seems to inexplicably become passive at the most inopportune times, which results in compounding various dilemmas for her and other characters.

To a lesser extent, but still unfortunate is how most of the main characters have stopped being developed. Instead, it feels like the writers are relying on the show’s established iconography which results in certain performances–like those of Rick and Daryl—coming off like caricature rather than fluid and realistic portrayals of complex people. Rick is all mannerisms and ticks and melodramatic mini-speeches, while Daryl has been reduced to a one-dimensional, gruff-talking brooder. It’s a shame to waste a cast of this caliber, one that’s shown itself capable of remarkable performances year after year.

These things happen to even best television shows eventually and it’s usually a harbinger of shark-jumping to come. Here’s hoping The Walking Dead is one of the exceptions. But it’s difficult to sustain such a high bar six seasons in. The series hasn’t lost all its mojo yet, but there are cracks showing and as a result The Walking Dead season 6 gets a final grade of C. 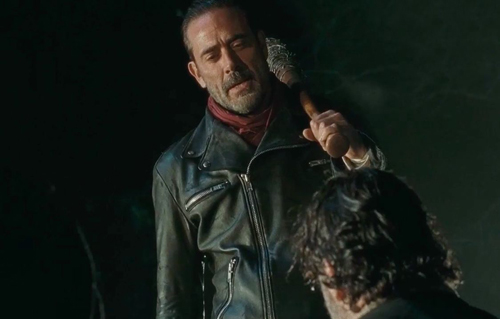