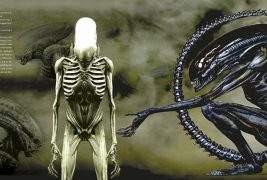 Titan Books continues to put out some of the most aesthetically pleasing and in-depth behind-the-scenes art books this side of Planet LV-426.

The Art and Making of Alien: Covenant by Simon Ward (The Art and Making of Kong: Skull Island, The Art and Making of Independence Day: Resurgence) is the latest tasty morsel of eye candy produced by Titan Books.  It is an absolutely gorgeous book and if you have any interest in the special effects, art or production of the third best film in the Alien franchise (in this writer’s humble opinion), you’re going to need to add this to your bookshelves.  It’s an incredibly detailed and rich journey from concept art to finished product.  Anecdotes from cast and crew throughout the book are also must-reads for any Alien aficionado.

The book begins with a complete and beautiful table of contents that takes you through literally every visual fiber of the film.  A foreword by Alien godfather Ridley Scott introduces the book and before you know it, you’re elbow deep in alien viscera, breath-taking landscapes and fascinating special effects highlights.  We get breakdowns of the characters in the film as well as the terrains they are navigating.  Might I suggest marveling at the photo of the film crew preparing the practical effects for the “backbuster” scene for those not faint of heart?  Any effect that’s described as a “bloody explosion” is one worth another look, wouldn’t you say?

My favorite chapter of the book, without a doubt, is the haunting closer look at David’s drawings that litter his study in the film.  The artwork looks as if it were torn straight from the sketch book love-child of Giger and Clive Barker.

It has been said that Alien is the best H.P. Lovecraft film not based on any H.P. Lovecraft story and you can see the grotesque and beautiful inspiration drawn from Lovecraft in these colorful pages.  My second favorite chapter of the book is the focus on the neomorphs and the practical effects that brought them to life.  These aren’t your mother’s face huggers!

Every major Hollywood film comes with an incredible amount of detail but when you see just how much care and respect was put in to making sure every inch of this film was textured, colored and doused properly, it truly gives you an appreciation for the art and making of this film.

It’s a spoiler-iffic book, so tread lightly if you are expecting to see the film.  For those of you who have seen the movie, you can’t help but smile when you read a passage in the book where Ridley Scott boldly states, “We’re going to make a hard R, and we’re going to need a lot of claret,” which is movie lingo for film blood.

I am a sucker for large coffee table books and this one will remain proudly displayed in my office.  Whether or not the film itself made the grade for you, there’s no doubt this book passes with flying colors. 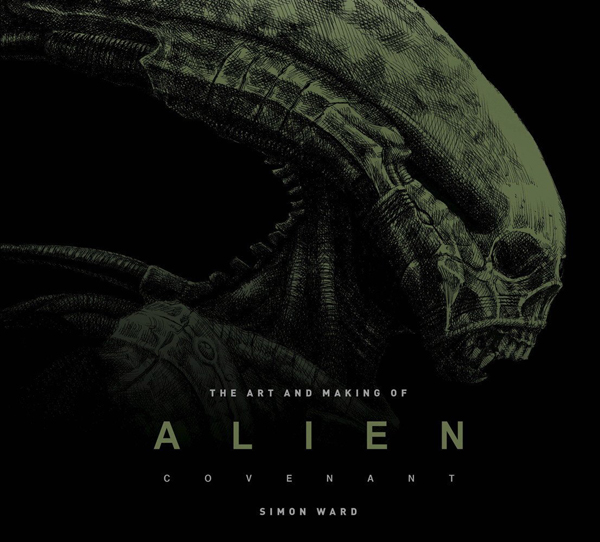