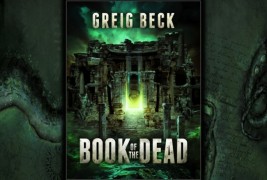 If Book of the Dead had been written by Lovecraft, then the lead characters would’ve gone catatonic by page seventy. Instead of action, the readers would’ve been treated to introspection and digressions about how mankind was not meant to know the true contents of the cosmos. There is a reason then why Lovecraft did not write novels, for his Book of the Dead would have been far less fulfilling.

Luckily for us, Greig Beck, an Australian author writing in the twenty-first century, is the man behind Book of the Dead. In over three hundred pages, Book of the Dead talks about the end of the world in clean, precise language that only occasionally slips into using antiquated words, and even then it’s clear that Beck is giving a nod to his weird progenitor. Whether or not Lovecraft would have appreciated such verbal restraint is anybody’s guess.

What isn’t in question, however, is the familiarity of Book of the Dead’s plot. This novel should be gobbled up by Lovecraftian scholars and amateurs alike, for what’s not to love about watching Cthulhu arise from its aeons-long slumber?

The action in Book of the Dead begins just as the world is racing towards the apocalypse. When sinkholes and craters the size of small states begin appearing throughout the world, governments and private institutions alike quickly activate in order get ahead of the phenomenon. The primetime players include the U.S. military, Israel’s Mossad, and Harvard. Representing the latter is Matt Kearns, a specialist in ancient languages who volunteers to join a research team headed to Syria after the president of Harvard not-so-subtlety promises him tenure and cash-ola if he gears up and goes. Making the deal sweeter is the president’s reassurance that the job will just be an “in and out” assignment that will only last “a few days.”

As it turns out, Kearns, geologist Andy Bennett, and their military escort team, which consists of Major Joshua Abrams, Captain Tania Kovitz, and two SEALs named Berry and Hartogg, get involved in a global war that lasts more than “a few days.” First, after meeting Dr. Hussein ben Albadi of the University of Damascus, who reveals to the team that the world is falling apart because a conspiracy of Cthulhu worshippers are trying to bring the tentacled god into this world, the team hits an IED in the desert, which puts them face-to-face with ISIS.

Enter Mossad agent Captain Adira Senesh of the fabled Metsada division. After rescuing Kearns and company in the Syrian Desert, Adira inserts herself into the battle against the forces of Cthulhu. Although she initially joins the team for professional reasons (Israel wants the Al Azif, or the “Book of the Dead,” which was composed by the “Mad Arab” Abdul Alhazred in the 8th century A.D.), Adira soon becomes an integral part of this very small and very personal group.

Opposing them is Charles Sheldon Drummond, his servant Kroen, and the mysterious Father, who is believed to be Cthulhu’s chief representative on Earth. A wealthy West Coast villain, Drummond is after Al Azif because he wants to be the King of the Wasteland after Cthulhu and its Shuggoths have decimated the entire planet and dined on the flesh of the living. In essence, Drummond helps to bring about the end of the world just so that he can be the very last item on the Old Ones’ menu. A piss-poor trade off, if you ask me.

Despite being a love letter to H.P. Lovecraft’s mythology, Book of the Dead has plenty of John Buchan in it. Like the Scotsman’s great novel The Thirty-Nine Steps, Book of the Dead is an action adventure set in the modern milieu of armed conflict, espionage, and secret societies. Furthermore, one could call Kearns an update on Richard Hannay, Buchan’s dashing adventurer who begins his life of derring-do after boredom and chance force him into confronting the Black Stone, or a nest of German spies who want to bring about the First World War. But while Hannay is a thoroughly masculine man with a background in African mining, Kearns is a swaggering academic who learns physicality and bravery because one has to when faced with primordial and extraterrestrial gods and their minions.

In other instances, Beck’s novel proves adept at handling the sometimes cartoonish mixture of horror and action, and at all times Book of the Dead shows off as a well-researched text that just so happens to be a pleasurable read. While Beck’s language lacks either the purple poetry of Lovecraft or the clubland sincerity of Buchan, it nevertheless gets the job done without sacrificing atmosphere. Beck’s characters are also far more “real” than either the overly dramatic bookworms of Lovecraft or stiff-upper-lip stereotypes of Buchan, and as such Book of the Dead has a level of believability. Well, that is if you believe in such things as R’lyeh, which has the discreet charm of Detroit and the good intentions of Pandemonium.

While Book of the Dead is no shoo-in for some alphabet soup of horror or sci-fi awards, it is however a fun read that is a good bit better than the pulp label it has been ascribed. Beck is an accomplished craftsman, and Book of the Dead is a testament to his ability to further elaborate on what has become one of the world’s favorite mock-religions. 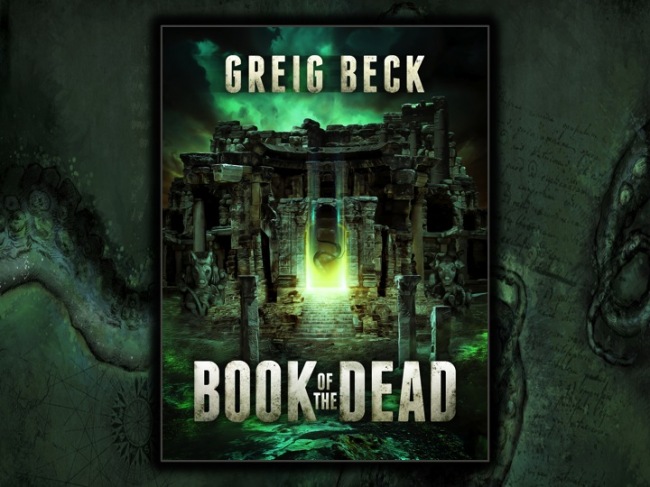