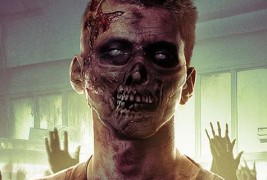 Sick: Survive the Night is a zombie survival film from Canadian writer/director Ryan M. Andrews.  The story takes place in the post-apocalyptic wasteland of a world that has been ravaged by zombies.  Governments have fallen, society has crumbled, and the survivors are broken out into disparate camps of survivalists and “vultures,” opportunists who will murder and pillage anyone for their own survival.

In the midst of this chaos is Dr. Leigh Rozetta (Christina Aceto), a scientist who has been working from the beginning to find a cure to this zombie plague.  We see her at the outset, reluctantly leaving her ailing parents to join a crew of black SUV-driving government officials just as the disease is reaching the height of a pandemic.  Later, through a series of flashbacks and video diaries, we see how the research has gone, and watch as Rozetta’s attitude has shifted from ambitious optimism to an increasingly bleak and cynical outlook.

The heart of the story takes place at Rozetta’s family home, where she’s come to see what’s become of her family.  There she meets a pair of survivalists, Seph (Richard Roy Sutton) and McKay (Robert Nolan), whose crew has just been ripped apart by zombies.  The unlikely trio spend the night barricaded into the house, waiting for daylight when the undead will be a bit less active and they can leave in relative safety.

All of this goes about as well as you’d expect, until about the film’s halfway point.  Here, the story takes a sharp turn, and things go from bad to worse for our heroes.

Sick makes a few interesting choices and bucks some of the more played-out clichés of the zombie genre.  This isn’t a story about clueless survivors bumbling through an outbreak; it’s a tale of seasoned survivalists eking out a living in the “new normal” of the world.  It’s a theme more similar to the most recent Walking Dead seasons than many iconic zombie stories, and I think it has its finger on the vein of what is still managing to intrigue us so much about zombie mythology.

Sick also makes an honest effort at providing a solid zombie origin story and mythos.  This is, after all, a story about a scientist, and we see some fairly compelling science.  If anything, I wish the film had focused more on this aspect, instead of veering so quickly into the more conventional survival tropes that dominate the genre.

All in all, Sick has a lot of strengths.  The production values are impressive for a low-budget indie film.  The effects crew deserves an A+.  And I’d also like to give a shout-out to Jennifer Polansky, the actress who plays our heroine’s scientific assistant and, presumably, lover.  Polansky brings a lot of heart to the role, despite having little screen time.  Her backstory is intriguing, and the character has a lot of depth and pluck that I wish the film had given more time to.

That said, Sick suffers from poor pacing.  When writing this review, I read that the film had originally been conceived as a short, and I wonder if it wouldn’t have been more effective as such.  As it stands, there’s just not quite enough; the film fails to delve deeply enough into the psychology of the characters to justify its somber, talky pace, but there’s not enough action and gore to compensate for the relative lack of depth.  It’s not bad by any means, but it does feel as though it’s failed to live up to its potential.  If it had delved a little deeper into any of the intriguing questions it raises, Sick could have really shone. 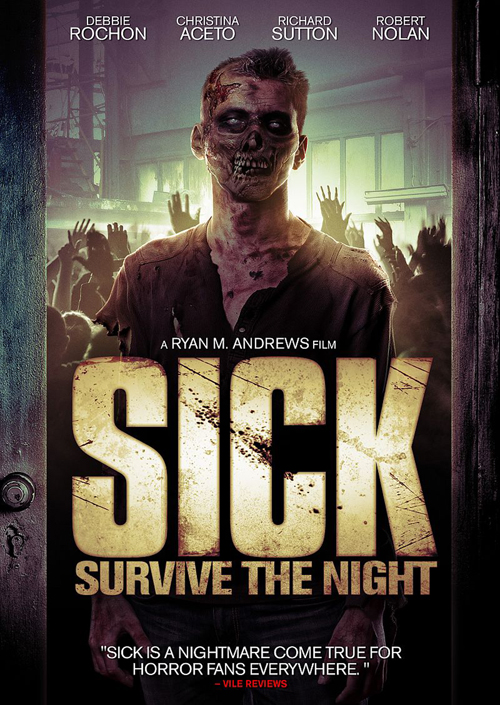 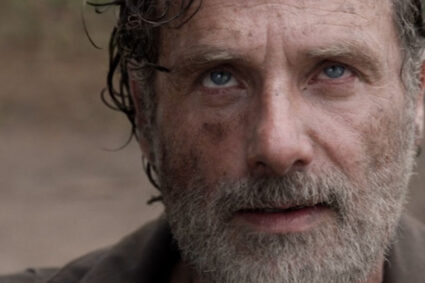