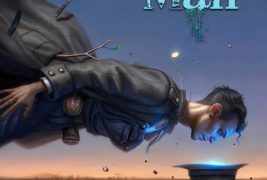 Special problems need a special solution. And a special kind of person to deliver that solution. When the “problems” include demons from hell and undead sorcerers, you REALLY need someone equipped to deal with them. Someone like Mr. Hiram Woolley. A fearless man. A capable man. A Cunning Man!

Mr. Woolley is the hero of a new book by authors D.J. Butler and Aaron Michael Ritchey that should be of interest to all Ravenous Monster fans. It falls under the heading of modern fantasy but can easily be considered a horror novel as well. Don’t be too misled by the term “fantasy” because the setting for The Cunning Man is as gritty and real as the Great Depression, which is the time period during which the novel takes place. I’m very familiar with Butler’s work, as I’m a huge fan of his ongoing Witchy War historical fantasy series but know nothing of Mr. Ritchey.

Hiram Woolley is a different kind of hero, especially in the jaded 21st century, where angsty, foul-mouthed and conflicted characters are all the rage. First off, he’s a devoted Mormon and beet farmer in Utah’s Lehi Valley. Secondly, he’s a naturally humble and unassuming man who is constantly questioning his own abilities. Hiram doesn’t seem to realize his own greatest faculty: fearlessness. He’s the kind of man who would dive into Hell to save a kitten from the Devil.

Hiram is the Cunning Man of the title. What exactly is a Cunning Man? Well, in the British Isles, a Cunning Man was a local low-level warlock or “hedge wizard” who knows all the secrets of the natural…and often unnatural…world. He knows the tricks to cure illnesses, to keep the cattle from dying, to keep crops abundant and to keep evil from your door. He uses “white magic” instead of black to help and aid others. While Hiram is a bit different than the English Cunning Man because of his Mormon faith, he definitely falls under the description.

Due to both his genuine desire to help others and his magical abilities, Hiram is used as a kind of “troubleshooter” by the Mormon Church. Not all the church elders like his magic, but they know he’s an honest man. In The Cunning Man, Hiram is assigned to deliver a load of groceries to the remote mining village of Helper, Utah, where the miners are on the verge of starvation due to a work stoppage. The reason for that stoppage is a battle between members of the Kimball family, who own the local mine. For some unknown reason, Ammon, Samuel and Eliza Kimball are fighting each other and the miners have broken into factions supporting each of them. Hiram’s real purpose is to solve the feud and get the miners back to work.

The book takes place in the depth of the American Depression and the authors do an excellent job of creating a feeling of that time. Cars are rickety contraptions that can fall apart at any time, phones and radios are scarce in the wilderness and there’s a feeling of hunger and desperation at all times. One peculiarity of the book is that Coca-Cola gets mentioned so often, I was wondering if the authors were getting paid by that company. A minor quibble….

Hiram is accompanied in his travels by his adopted son, Michael, a Navajo Indian. Michael is the son of a friend of Hiram’s that was killed in World War I. While Hiram is a firm believer in God and the supernatural, Michael is a devout empiricist who’s studying to be a scientist. He’s also really quick with a sarcastic remark and his wisecracks often test Hiram’s patience over the course of the book.

So far, the supernatural has played a very minor part in the story. It creeps into things subtly, until at the halfway point of the book, it takes center stage and diabolical horror explodes into being. Hiram and Michael find themselves in the middle of the miners’ feud and the factions have split into ethnic lines. The Germans and Scandinavians are on the side of Ammon Kimball, while the Greeks support brother Samuel. The two outsiders also run into Naaman Rettig, a powerful railroad executive who is trying to buy the Kimballs out and is not above using criminal tactics and intimidation to get his way. Hiram learns pretty early that the local police are far from trustworthy.

He also senses supernatural energy around the Kimballs, as if they are being influenced by some outside force. Ammon seems plagued by boils while Samuel, an artist, appears to be completely around the bend, using dead animals in his paintings and speaking in tongues. Although it is February, Hiram notes that huge flies seem to be everywhere, and Samuel’s paintings hint at some hidden power. He learns more about the history of the Kimball family, particularly father Teancum, who has been missing for years. Teancum was a strange man of many wives and many children, few of which survived.

The owner of the local grocery/hardware/everything store is a mysterious one-eyed German named Gus Dollar. Hiram recognizes Gus’s store is full of mystical signs and objects…the man is a warlock and likely more powerful than Hiram himself. His creepy grandchildren look like they would have fit in perfectly at the Overlook Hotel in The Shining. Is Gus behind all the problems with the Kimballs? Or is he trying to prevent something more terrible from happening?

When Hiram takes a secret midnight trip to the mines with a helpful mine boss, all hell breaks loose. It looks like Teancum Kimball delved into the hiding place of a Biblical demon right out of a nightmare. This satanic creature is now on the loose and is capable of horrendous bloodshed. Hiram soon finds himself accused of murder and on the run not only from the police, but from the demon. And then Michael turns up missing….

It’s up to the humble beet farmer and Cunning Man to defeat this monster and save the Kimball family and their mine from disaster. What part does the spinster Eliza Kimball have to play? What is the secret of Gus Dollar and his connection to the demon? And what about the corrupt schemes of Naaman Rettig? Hiram’s only allies are a tough woman labor organizer and a friendly Danish mine boss.

The story unfolds slowly and carefully at first, with the first third of the book almost coming across like a John Steinbeck tale of hard times in Depression-era Utah. At first, the troubles at the Kimball mine seem wholly due to human folly and evil. But Hiram’s keen mystical eye spots signs of supernatural trouble right away and the last third of the book is a non-stop thrill ride full of demoniacal horror.

Although Hiram’s personality is completely different, he reminded me of another “regular guy” fighting monsters: Carl Kolchak, the Night Stalker. There is a similarity in how this story unfolds and how the original Night Stalker novels did. What Butler and Ritchey have created is horror and fantasy so rooted in the real that it is impossible to separate them from it.

I’ve done some research into American folk magic like the “Hoodoo” of southern Black culture and the “Powwow” and “braucherei” of German immigrants. So have the authors. Hiram’s cunning tricks ring true, like his using a dried dog’s tongue as a way to detect falsehood or using engraved plates known as “lamen” as charms. In one scene, he throws a Coke bottle full of his own urine into a fire as a way to stop a curse that’s been put on him.

There’s something so homegrown and decent about Hiram that you’re always rooting for him. What a change from the violent, sour antiheroes so common today. I immediately saw Jimmy Stewart as the perfect actor to play Woolley. Or in the modern day, maybe Tom Hanks. His relationship with Michael is also interesting and plays out in an unforeseen way by the end of the story.

The good news is that The Cunning Man is not the last we will see of Hiram Woolley. The book has been successful enough that a sequel is already out, The Jupiter Knife. So, this humble Mormon beet farmer might be the latest Harry Dresden or Carl Kolchak. If future stories are as well told as this, I look forward to them and so should you. 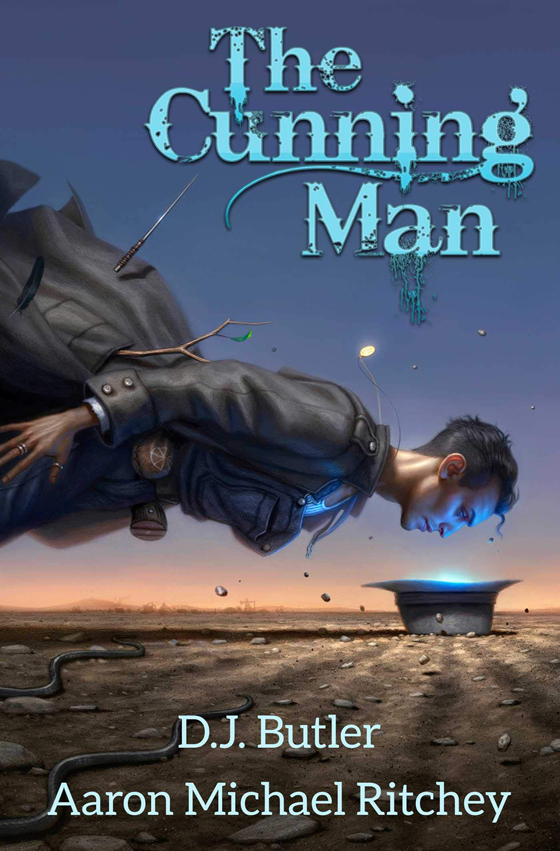