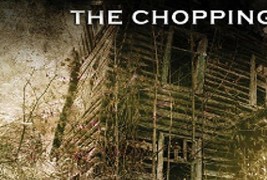 Portland Homicide Detectives are on the hunt for a monster that roasts human beings alive before eating their cooked meat straight from their severed bones in John Passarella’s The Chopping Block.

This is the second novel tie-in to NBC’s Grimm television series written by Bram Stoker Award winning horror author John Passarella who, according to Wikipedia, has authored several media tie-in novels with many set in the Joss Whedon Buffyverse, so he’s got that going for him…which is nice.

The Chopping Block starts out with a father and ‘tween son having a scavenger hunt in the woods where they unearth a cache of human bones that’ve been severed and stripped of flesh which, of course, wasn’t on their scavenger hunt list. Enter Portland Homicide detectives Nick Burkhardt and Hank Griffin straight from the hit NBC television series Grimm and right into the palm of your sweaty hands.  We’re immediately pulled into their world of monsters and the macabre while joining them on their case to track down the cannibalistic creature(s) responsible in this intense, dark fantasy, thrill ride.

During the course of their investigation bodies start to pile up and the detectives discover more bones from various genders and ethnicities spanning over the course of decades. Baffled, the detectives turn to the help of their trusted friend and confidant, a reformed werewolf named Monroe for any insider monster tips that could help them crack the case. Monroe recants an urban legend passed down from his grandfather about a group of Frasier-like cannibals who gather every 25 years to gorge themselves on human meat (along with a side of tossed salad and scramble eggs..oh my).

Following Monroe’s lead, the detectives race to stop the killer or killers from perpetuating the slaughter of another human flesh feast, and that’s the best plot synopsis I can give you without giving away too many spoilers.

Of course this novel is heavily based on the Grimm show/universe with The Chopping Block taking place between episodes “The Walking Dead” and “Goodnight, Sweet Grimm,” so if you don’t like the show you’ll probably find it difficult to pick up this book. However, author John Passarella clearly knows how to weave a tense thriller that’s appealing to both fans of the show and to new readers alike. The story is a great read with plenty of action and great dialogue. Passarella keeps you guessing as the plot unfolds, and there’s plenty of blood and carnage to go with all the suspense. Again, I wouldn’t necessarily call this a horror story; it’s more of a dark fantasy adventure/thriller with heavy horror elements, but that’s just my opinion (I have no idea what horror actually is anymore).

If you’re a fan of the show or you at least like the concept of a crime procedural that involves actual monsters and demonic maniacs, then this story is for you, and if you equate a page to about a minute of screen time, then this 336 page novel roughly works out to be a 3-hour episode of Grimm.

That’s a lot of Grimm. In fact, I kept this review as short and sweet as possible so you can get to reading all that sweet, sweet Grimm. 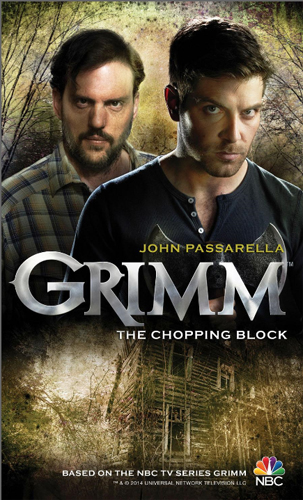