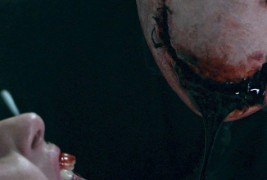 Have you ever been to a Halloween party – maybe in your childhood – and played the party game where you get blindfolded and stuff your hand into boxes to guess at what’s inside?  You do this knowing perfectly well that most of the things you come across will be disgusting: slimy spaghetti, peeled grapes, sludgy Jello, whatever.  All the same, you do it, and somehow it’s kind of fun?

That pretty much sums up how I feel about watching movies on Netflix and Hulu.

Here’s the thing.  The big production companies don’t want Netflix stealing their business by just throwing movies out there for free.  So if you want to watch something specific, the odds are pretty good you’re not going to find it when you want it.  But these streaming services are a relatively cheap and easy way for fledgling filmmakers to get their movies out in the public, which means that logging onto Netflix (or Hulu, or Crackle, or IndieFlix, or any other streaming film app) gives you access to a whole slew of low-budget indie films you’ve never heard of.

This can be both a blessing and a curse.  A curse, because 90% of these movies are fucking terrible.  A blessing, because when you stumble across one of the few that’s actually pretty decent, you feel like you’ve just won the lottery.  It’s satisfying to feel like you’ve discovered something.

Indie films are famous for taking chances or being more thoughtful and experimental than commercial films.  I think most indie filmmakers would like to believe that’s true.  But most movies fall short of that promise – usually because the director’s vision is too ambitious for the budget, the actors are too inexperienced to sell their roles, or the script is just flat-out terrible.  But every so often, a movie really does get it right, and then some magic happens.

So anyway, with that preamble out of the way, here are three small-budget indie horror films that are surprisingly excellent: 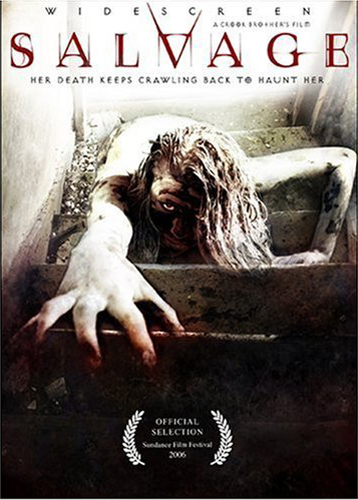 This one isn’t currently available on Netflix or Hulu, as far as I know, and it’s a bit tricky to find at all – it happens to share a title with roughly a dozen other films – but I picked mine up in a “Three Screams” value pack at Wal-Mart.  Actually I have to give credit to a friend and fellow horror aficionado for finding it and recommending it to me.

Anyway.  The story is about Claire Parker (Lauren Currie Lewis), a teenager who has the bad fortune to be brutally murdered by a hitchhiker – then wakes up the next morning, confused and terrified.  She’s almost ready to write it off as a bad dream, but it starts haunting her wakeful moments as well, and soon the edges of reality start to blur and break down.  Is she going crazy? Or is something more sinister going on?

I’m a sucker for movies about reality and perception, stories that ask: What if the crazy person is actually right about everything?

This is one of those movies, and it’s legitimately spooky.  The murderer is terrifying.  The lead character is believable and sympathetic even if she’s not the most seasoned actor (Salvage is Lewis’s first feature film).  The plot has a neat twist that’s totally unexpected but perfectly plotted.  And the music is downright chilling.

This is not a movie filled with a lot of gore or big scares, but it’s creepy and thoughtful and holds up well to multiple viewings.  If I’m being vague or coy here, it’s only because this is a movie that deserves to be watched with as little preamble as possible; saying much more would rob you of the joy of being surprised at every turn. 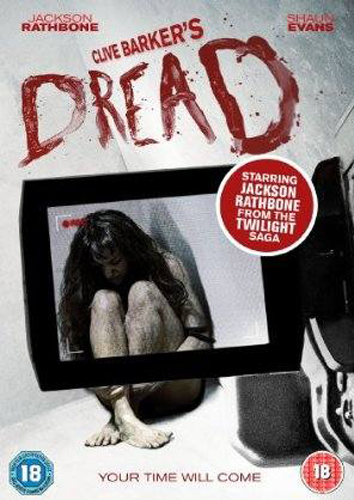 I’ve talked about Dread here before, but if you didn’t watch it the first time I recommended it to you, you really owe it to yourself to try it now.  I found it on Netflix, though it doesn’t appear to be available to stream now.  It was initially released as part of 8 Films to Die For and is based on a short story by Clive Barker.

Most torture porn films play on the universal fears of death, dismemberment and pain.  The characters are usually interchangeable and forgettable, and that’s the whole point – they’re there to act as stand-ins for the viewer.  Dread doesn’t do that.  Instead, it introduces characters to you who are genuine and damaged, and it takes its sweet time letting you get to know them, to befriend them, before terrible things start to happen.  Dread recognizes that some things are worse than death, and it squeezes visceral horror out of innocuous things (like a raw steak) in a way that will make you flinch.  The violence is sparing but brutal and effective where it occurs.

And Shaun Evans as Quaid is absolutely phenomenal.  His performance totally sells the movie – creating a character who is sympathetic but also a total monster. 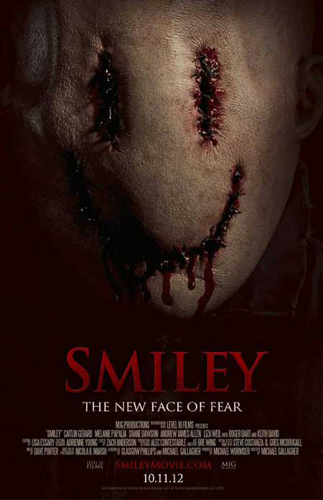 I found this little gem on Hulu Plus, where it’s currently still available for streaming.  I had no idea what I was getting into, but the tagline was along the lines of “is something terrible happening or is the main character just going crazy,” and as we established with Salvage, that plotline is my kryptonite.  So I started watching it, expecting it to be terrible, but it ends up going from “so bad it’s good” to “actually, just good” to “holy crap, that was really pretty great.”

The story introduces us first to a bit of lore created just for the film: An urban legend about “Smiley,” a frightening apparition who can be summoned over the internet to murder strangers you chat with.  If you type the phrase, “I did it for the lulz” three times in the film’s ersatz Chat Roulette, Smiley will appear and kill the person you’re talking to.  There’s plenty of viral videos about that happening – but is any of it real?

That’s the question asked by Ashley, a painfully naïve college freshman who unwittingly stumbles into the midst of all this after being taken to a party by her roommate Proxy, a member of Anonymous and self-avowed 4chan troll.  After a fellow Anonymous member is seen being killed in another viral Smiley video, the girls decide to test the legend themselves – after logging into a chat, they type the deadly phrase and witness helplessly as a stranger is eviscerated by the masked Smiley.  Unable to approach the authorities (who would believe them?) they try to get on with their lives, but Ashley is haunted by what happened and is certain that Smiley’s coming for her next.

Okay, so, I’m clearly in the minority here.  If you check IMDB or Rotten Tomatoes, everyone hates this movie.  And it’s quite possible that I’m actually crazy.  But I found this movie to be oddly charming, insightful, and surprisingly honest.

Here’s the thing: Ashley (Caitlin Gerard) is a painfully awkward and naïve girl.  She’s oblivious, sweet, and a little mentally damaged by her mother’s recent suicide and her fear that maybe she’s crazy too.  And what initially seems like lackluster acting turns out to actually be pretty spot-on characterization, and what might initially come off as unintentional humor starts to seem pretty damn purposefully hilarious.  The script is surprisingly witty in places, and the ending employs a beautiful double-helix of a twist.

Ultimately, Smiley is a modern, tech-savvy update on well-worn slasher territory.  It’s like Scream for the Twitter generation.  Which really grates the nerves of a lot of viewers, apparently, but I found it pretty smart.  Maybe I just spend more time on the internet than most people – but it’s a movie ultimately about the cynicism and detachment of modern life, and it raises some unnerving questions about human nature, the internet, hactivism and the (smiley) face of evil….

Streaming video and small-budget indie films aren’t always great, but when they’re good, it’s worth singing their praises.  These are movies that deserve advocates, and I’ll eagerly and un-ironically recommend them to any horror fan.  Surely you’ve got a similar low-budget love of your own?  Let us know all about it in the comments!