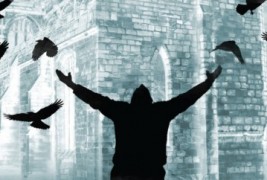 I’m going to start by inventing a three-tiered system of designating levels of craziness in pop culture. This will probably be my legacy, so I need to take it seriously. I hope you understand, dear reader, that you are an active participant in history here.

First, a definition: by “craziness,” I mean the crappy nonsensicalness of failed spectacle. Think T-Rex running amok in San Diego and we’re on the same page.

Ok, on to the designations.

(1)    The Forbidden Zone, or The Intentionally Crazy

(2)    The Michael Bay, or The Blockbuster Edition

Sometimes I’m put in difficult positions, and this is one of them. I know I’m going to upset some people, so let me apologize beforehand. So please, before you continue reading, gather your loved ones, perhaps say a quick prayer. Remind yourself that there is real and staggering beauty in the world, because I’m about to blow the lid off something that will shake the very foundations of your life.

Whew! I said it. It feels good to get that off my chest. But the shitty movies I’m specifically referring to here are those godfuckingawful summer tentpole movies that are more than just bad, that more than su-u-u-u-u-u-uuuck, but also have a batshit mindboggling craziness at their core that represents be-suited groupthink at its very nadir.

Think GREEN LANTERN. Think any JUDGE DREDD related property. Think MEN IN BLACK II. Think WATCHMEN. Think Vanilla Ice in SECRET OF THE OOZE (or even COOL AS ICE, since we’re bringing up the Iceman). These movies are the anti-AVENGERS. These movies are the reason that fans tremble when their favorite properties are being turned into motion pictures.

Is there an explanation necessary here? If your answer is “yes,” watch his remake of THE WICKER MAN. Then note he made not one but two GHOST RIDER movies. Be careful, though: this is a frightening abyss to stare into.

So what does any of this have to do with JAGO by Kim Newman, re-released in a spanking new edition by Titan books? Well, horror fans, we know that there’s really a fourth category, one that we’ll call The Stephen King.

I bring this up, because when I was reading JAGO I kept thinking that the author was trying to write his IT, a horror magnum opus overstuffed with ideas. But while IT certainly has a LOT in it, it all eventually coheres. JAGO, alas, does not.

JAGO has too much going on with too thin characters. The rules — always of paramount importance with in genre fiction that deals with the supernatural — are never defined, which keeps the reader a bit untethered and makes it harder to care about what’s going on.

JAGO is about a (fictional) English community that houses a religious cult built around Anthony Jago, a defrocked priest who now believes he is God/Jesus/etc. This cult, once a year, hosts a Woodstock-esque music festival. Jago also possesses some poorly-defined telekinetic/telepathic abilities that turn the town and festival into a waking nightmare.

The problem with that brief synopsis is also maybe the biggest problem with the book. Namely that Jago the character (you know, the one the book is named after) is this void at the center of the book. He remains a muddled cipher, despite “interludes” between sections of the book that give backstory for him and other characters as well. Frankly, these interludes were my favorite parts of the book. The rest of the book — and this is a long book, or perhaps just a long-seeming book, has some really crazy shit going on. But it’s not crazy shit that I found terribly interesting, perhaps because most of the people the crazy shit was happening to weren’t all that interesting. And it all leads up to an ending that, frankly, feels like the worst sort of shaggy dog copout.

(One quick example of the crazy I mean: a father becomes what I nicknamed “The Penis Tree” and melds with his family. See? C-R-A-Z-Y.)

I didn’t really like this book, but I didn’t hate it either. I’ve really enjoyed the other Kim Newman books I’ve read, but this one had none of the spark or verve of those books. It’s an odd duck of a book, one that frankly I don’t have a whole lot to say about. But it does lead to a fifth and final Category of Craziness: The Boring Crazy. Ultimately, that’s the most damning Crazy of all. 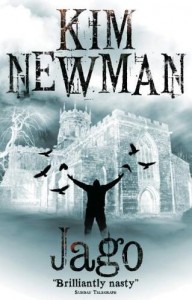