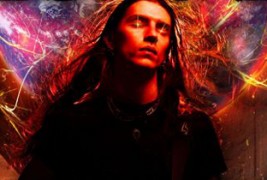 Jeremy Wagner has bestowed the horror genre with sick and twisted offerings for over twenty years now.  As guitarist and lyricist for the band Broken Hope – a progenitor of brutal American death metal, and more recently as a novelist, Wagner has been attacking the mainstream on multiple fronts.  But it’s never come quickly or easily.  Broken Hope’s debut album Swamped in Gore was released back in 1991 and while the band never attained the same level of recognition as their contemporaries like Cannibal Corpse and Deicide, they did influence a macabre and horrifying strain of guttural death metal that endures today.  As Wagner spent the 90’s churning out the most extreme music around, he was also honing his storytelling skills as a burgeoning writer.  After the demise of Broken Hope in 2002, writing became Wagner’s focus and recently the work has been paying off.  His first novel, The Armageddon Chord is set to hit the shelves in August and with more music from his current band Lupara on the horizon, Wagner took some time to spill his guts to Ravenous Monster.

RavMon:  Which passion cast a spell over you first – music or writing?

Jeremy:  Writing was the first “magical” and creative passion in my childhood, and then music became my primary love and fascination in my teens and early twenties though I ALWAYS continued to write, and then in my late twenties and thirties, writing fiction became very important and serious.  Now, writing fiction is kind of the most important art I do. 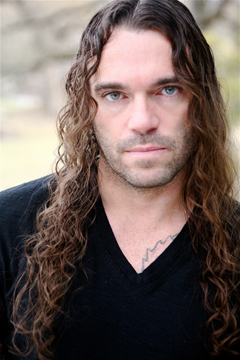 RavMon:  Which bands inspired the young Mr. Wagner to pick up an ax?

Jeremy:  Since I was very young, the guitar was an amazing and incredible thing. I never saw or heard anything like it. In grade school I always wanted one; I wanted to unlock that magic. My wonderful mother bought me my first guitar at age 12 and I’ve been connected to the guitar ever since. I sometimes feel it was meant to be part of my life, part of my soul.

RavMon:  When you guys put Broken Hope together, what were your intentions?  Do you recall any conversations about your approach to music?

RavMon:  Conceptually, Broken Hope was similar to several death metal bands in a broad sense, but I’ve always felt like your lyrics were much more intelligent than most and composed with an almost Victorian poeticism, making your macabre, grotesque imagery more Jack the Ripper than Henry Lee Lucas.  And musically, that motif is represented as well – the acoustic string passages on the “Bowels of Repugnance” album, for example.  Are you conscious of that vibe or is it something that’s just inherent to your language and phrasing when you write?

Jeremy:  First, thanks for the kind words regarding lyrics and all. I worked hard on those—even if they were laughable or too over-the-top.  Regarding acoustic passages and that, aside from wanting to be “ultra brutal” we also strived to be better musicians all the time, too. So, dark acoustic work and technical phrasing all came into the mix to try some different things—and also because we evolved that way.  Maybe not consciously, but skill-wise and “ear-wise” if you know what I mean.

RavMon:  I’m assuming your music is usually written prior to your lyrics.  How much does the music dictate your lyrics, both conceptually and linguistically?

Jeremy:  In Broken Hope, we just wrote tons of music and outside of rehearsals I was always writing these horror-oriented lyrics. Basically, I brought the lyrics to our singer, Joe Ptacek (RIP), and then he would choose what he wanted for what music and then he and I would edit, chop, or even add words to these lyrics. Music didn’t dictate the lyrics, but the band’s attitude and my personal love for horror—and my job as chief-lyricist—dictated pure, uncut horror and gore was paramount. 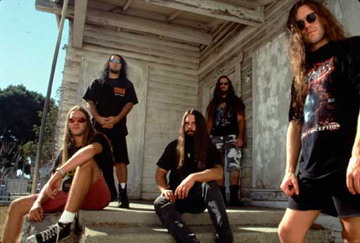 RavMon:  Would you please compare and contrast Lupara with Broken Hope?

Jeremy:  Similarities include tuning heavy, same brutal guitar tones, and unrelenting riffs.  Differences: Totally different vocals (more hardcore), and not much grinding. That said, the heaviness and grind are kicking up a notch on the next Lupara album.

RavMon:  Do you handle the lyrics for Lupara as well?

Jeremy:  Not on the first album. We left that up to our original singer. Now that he’s gone, I’m going to write lyrics again 100%. 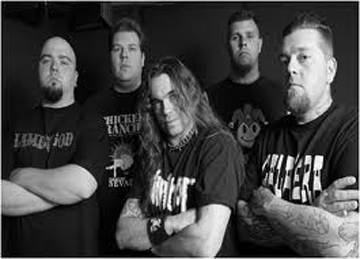 RavMon:  I’ve heard rumors of Earth Burner for years now.  Will there be more horrific, brutal music coming from you in the future?

Jeremy:  Definitely! Earth Burner was going to be the next Broken Hope. Lupara drummer and Earth Burner vocalist, Scott Creekmore and I have already written a ton of songs. I cannot wait for the world to get this! It’s like Broken Hope meets old Terrorizer. We’ll hopefully do an album sometime this year or next. 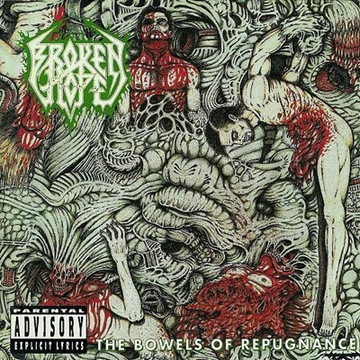 RavMon:  What are you listening to now?

RavMon:  Which stories, regardless of the medium, scared you and/or inspired you to write fiction?  What informs your work now?

Jeremy:  Stephen King had the most profound effect on me as a kid and teenager reading horror. He inspired me big time. As my tastes in dark fiction grew, other authors and specific books just blew me away and helped shape the tone of my own writing. Peter Blauner, Thomas Harris, and Cormac McCarthy have been major faves of mine in the last 15 years now.

RavMon:  Paranormal romance is a hot genre right now, but zombies strike me as an atypical paranormal element in that context.  Tell us about your story, “Romance Ain’t Dead” from the “Hungry for Your Love” zombie romance anthology.  How did that opportunity come about?

Jeremy:  My agent and editor friend, Lori Perkins put together that HFYL anthology. She did a call for submissions and I just went for it. Next thing I knew, my story was the first in the collection and then St. Martin’s Press bought the reprint rights and put out 60,000 copies! It put me on the map for sure. The story is about a dude in the Chicago ‘burbs who loses his wife in a boating accident. His Haitian neighbor is a witch doctor who brings his wife back from the dead. Can you say, “romantic necrophilia?” (Laughs)

Jeremy:  This story differed in major ways. “Romance Ain’t Dead” was a sweet and creepy zombie story while “The Creatures from Craigslist” is a straight-up, monster-sex-fest involving a woman double-teamed by a pair of werewolves. 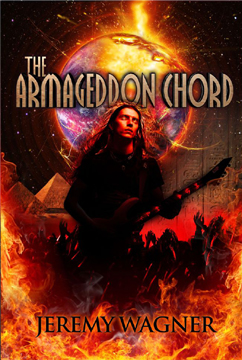 RavMon:  Your full-length novel, “The Armageddon Chord” is coming out later this year.  What’s that process been like?  Is this your first published novel?

Jeremy:  It’s been a long road to get to publication. Probably a year spent writing and editing, another year shopping for an agent, and then another 18 months for my agent to sell the book. It’s worth the wait! I persevere, undeterred, and just keep writing. Now I write full-time. Yes, this is my first published novel—with more to come!

RavMon:  What other upcoming projects should Ravenous Monster readers watch for?

Jeremy:  Watch for The Armageddon Chord when it’s released in stores on August 22nd!  After this, watch for more of the “WAGNER” brand of horror novels and also a new Lupara album coming in the near future.

Thank you so much for the interview! I enjoyed doing it.

One thought on “Interview with Author and Musician Jeremy Wagner”