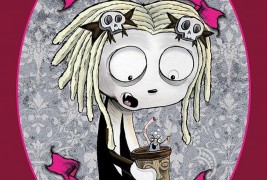 Gods of death eating Jujubes, a refined gentlemen called Mr. Bear Poop on a Log, a flashback squirrel fighting the FBI and a nine-step puppet tutorial, are just some of what you’ll find in the pages of Roman Dirge’s Lenore: Pink Bellies.

The most adorable and pungent living dead girl is back in a tale filled with thrills, chills, and little talking worms with master’s degrees wearing little hats.

To celebrate the 20th anniversary of Lenore: the Cute Little Dead Girl, this latest volume of Lenore’s adventures by artist and creator Roman Dirge features an action-packed four-issue story arc diving into the mysterious past of the grim and murderous Taxidermy and shedding light on his connection to Lenore’s parents. Taxidermy is Lenore’s watchful protector, and in this volume you learn about his origins as the Egyptian god Taxen Ra, and the unnatural acts he performed while slaughtering child abusers that turned the Old Gods of Death against him (Yeah, it’s pretty heavy, Doc). 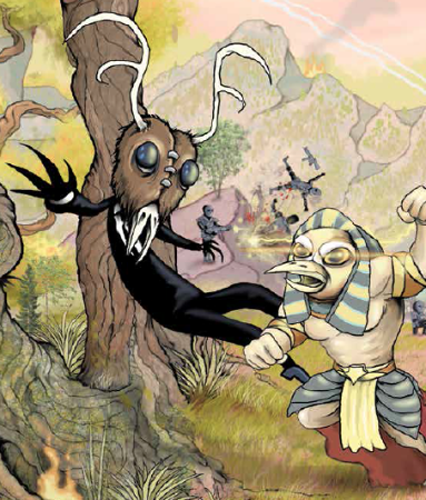 Whether you’re a fan of the series or just picking it up for the first time, you don’t need any backstory on the characters to enjoy the action or understand the jokes, especially in this volume where Roman Dirge does a great job of revealing the origin of the two main characters in a way that makes it easy to follow.

In this four-issue volume, you have a plot as old as the sea. You start out with Gatling guns and lube and end up with ancient gods slaughtering genetically enhanced super soldiers. In the middle of this metaphysical melee, you have Lenore (a cute little dead girl) and her sidekicks–a doll named Ragamuffin and a bucket headed, demonic bounty hunter named Pooty–tripping balls in the middle of the woods, crossing a rainbow bridge full of dead pets and befriending a talking pickle hat thing…?

If you’re a fan of demented butt jokes involving bears, and/or if any of what I’ve just described in this review has intrigued you, then I highly recommend picking up a copy of Lenore Pink Bellies or any of the other five volumes of Lenore hard backs (Titan Books).

This Lenore story in particular has a lot of action, tons of ridiculousness, and a wild backstory that sets up a couple of cliffhangers that will hopefully be resolved in the next series of Lenore comics involving the machinations of a mysterious woman who’s hunting after Lenore and the promising return of a Ghost Shark. 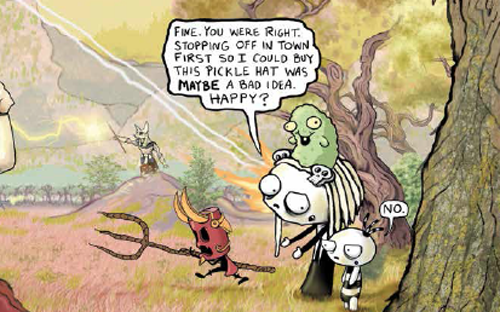 Author Roman Dirge’s zany sense of humor is on point in this volume and because it’s the 20th anniversary celebration of Lenore, the book is packed with a gallery of comic covers, bonus art, and a step-by-step picture guide for hardcore Lenore fans to build their own Lenore puppet! So, if you’re into cute little dead girls, get immediate psychiatric assistance, and the next time your family or friends visit you in the loony bin have them sneak in a copy of Lenore: Pink Bellies. 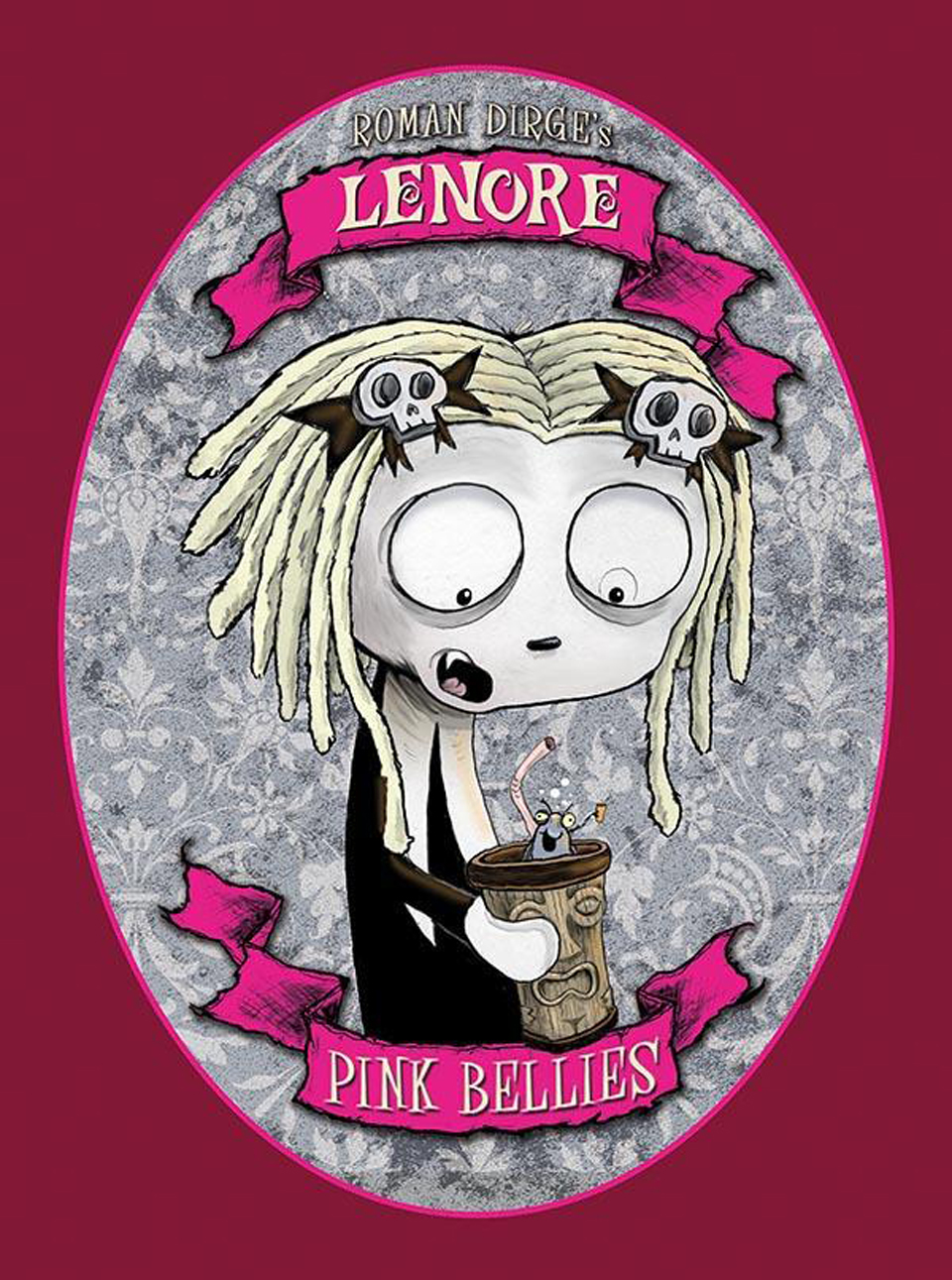