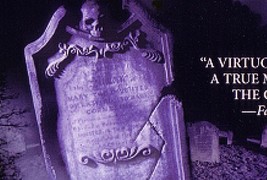 “The screaming stopped, but the sounds of slaughter continued.”

Two-time Bram Stoker winner Brian Keene has written over forty novels as well as writing comics and the occasional piece of journalism.  Keene’s Zombie Trilogy that begins in The Rising is often and rightly credited as one of the blueprints of the current zombie apocalypse trend.  Keene’s eye for gore has won him fans in splatter punk circles but it’s his eye for true human emotion and the ability to create deep characters that won me over.  In the tradition of films by classic horror auteurs, the fantastic monsters in Keene’s work often reflect our own inhumanity.

Brian Keene’s Ghoul focuses on three twelve-year-old friends—Timmy, Barry and Doug—during the summer of 1984 as the boys discover a number of monsters where they live.  And some of those are the people around them.

In Ghoul Brian Keen took a simple premise and layered great characters though out to create a novel about the loss of childhood to the realities of the world around us.  The depiction of the intricate and interdependent relationships between the three boys is the novel’s greatest accomplishment.    Barry and Doug are each victims of separate types of child abuse that are still rampant within our society today.  This choice adds an additional depth to the interactions between the boys and the ghoul of the novel’s title.

The ghoul is not the first monster they encounter, merely the most easily defined.  The ghoul in the novel, while horrendous and frightening is also the only monster the boys are able to confront. The novel begins with a note from the author, giving the reader insight into how personal this story is to Keene.  This sense of his own childhood seeps through each scene with the boys.  He frequently name-drops books and authors that clearly influenced him and many readers will place these without effort.  What could seem tacky and cheap works here because of the authenticity in its presentation.  The only real weakness of the novel is a few characters that are presented slowly—with great backstory—but that are clearly meant to be Ghoul fodder.  While it is necessary in horror fiction to set up these elements, Keene takes a little longer than necessary.

Brian Keene’s Ghoul is a phenomenal coming of age story told with effective horror topes.  The story of Timmy, Doug and Barry in the summer of 1984 is a worthwhile read.  The heartbreaking epilogue to the story shows not only Keene’s talents as a writer and storyteller, but his respect for reality, even in a fantastical world.  It is his understanding and presentation of the realities of human interaction that allows him to create plausibility in the context of a fantastic story recounting a living Ghoul beneath a graveyard.  In 2012, a film version of Ghoul directed by Gregory M. Wilson was released.  Wilson’s previous film was the harrowing The Girl Next Door based on the novel of the same by Edward Lee.  Ghoul, however, is a PG-made-for-TV mockery of the themes and elements Brian Keene’s Ghoul contains.  It’s not just that the abundant gore has been excised, but the themes of child abuse have been glossed over.

I leave you with a final excerpt from Ghoul, “Timmy thought  to himself…you didn’t live next door to a monster, or down the road from one either.  The bad people aren’t just in my comics.  They’re in the real world too.” 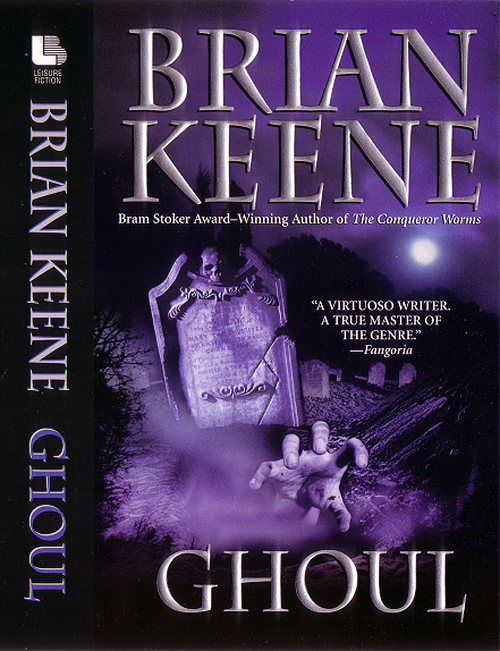