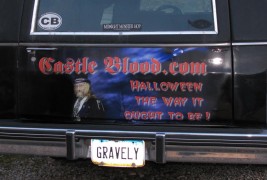 With autumn approaching, many of us look forward to the crisp weather, pumpkin-flavored everything, and of course Halloween. For some the holiday brings a time of escapism into becoming something or someone that would not otherwise be deemed acceptable. For the rest of us, it is a year-round lifestyle that simply gets amplified at this particular time of year.

As I’ve stated in previous articles, haunted attractions are one activity that I feel many share a common interest in. Even for those of us who don’t scare easily, walking through a house, a maze, a field, or your attraction setting of choice, while not knowing who or what is coming up next to jump out at you and your friends can be quite a thrill.

One of my favorite attractions in the Southwestern Pennsylvania area is and always will be Castle Blood. Part of this is due to the tour creating an atmosphere based on the old Hammer films and Universal monsters of old in a Victorian setting. In addition to that, the ‘inhabitants’ of the castle are ones who keep the spirit of the season alive all year long.

Unlike many haunted attractions that close down after October 31st (or in some cases, the first weekend of November), Castle Blood maintains year-round activity, including a Creepy Crafts Fair, Bloody Valentine event, Spooky Cryptmas, among others. They also continuously offer their venue for birthday parties and other private events. But in the past year, much has changed for them.

As it is in life, change is a constant, and a business like Castle Blood is no different. This past spring, the Castle found itself faced with the reality of having to move locations due to the building that had housed their attraction getting sold. But fate did look favorably upon them when a 100-year-old funeral home in Monessen, PA (Pittsburgh area) became available. This summer, I was able to get a look at the castle’s new home, and I can safely state that there has not yet been a more suitable venue for them. 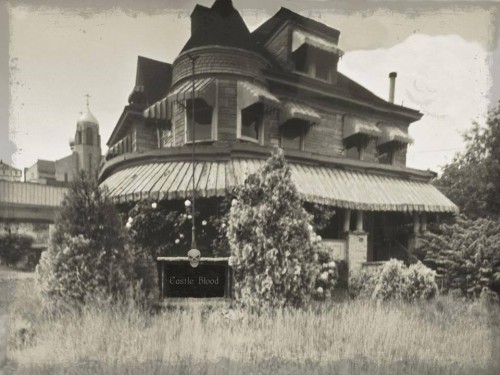 The multi-generational funeral home dates back to pre-World War II and it offers room for a longer tour. Of course, renovations had to be made in order to oblige safety standards—much of the 2014 summer had been spent doing just that. The upside is that when it’s finished, it will be a beautiful and creepy venue that will provide the right atmosphere for the type of show for which Castle Blood is known.

The downside is that making such renovations required them to cancel their regularly scheduled events as well as some private parties. But according to Gravely MacCabre, owner of the Castle, they intend to be finished and open for business in time for the 2014 Halloween season. And after a successful Kickstarter campaign along with sponsorship opportunities from businesses and individuals, fans have enthusiastically become part of the process.

In addition, the new home will also bring new opportunities for growth. In their new venue, additions to their already many year-round activities will start being offered, including a Victorian Tea & Tarot party package and a conjoining magic shop (Professor Scrybe’s Magic Shop) that will be divided by their party room. Lectures on magic will be given, and even makeup classes may be in the works. MacCabre also hinted at the possibility of a more difficult tour for those of us with more experience in the castle. And why not? Challenge your visitors more and decrease their chances of making it out alive. Sounds like a plan to me!

Castle Blood is a truly unique experience for the Halloween season. Instead of being chased by kids in hockey masks and chainsaws, you are taken on a tour of the castle, told the stories of some of the denizens, and treated to an experience that can take a person back to the days when superstition and magic was rampant and “real” in society. The new location will only add to the amazing experience they’ve already created.  Look forward to seeing the castle denizens in action this October in their 22nd year. 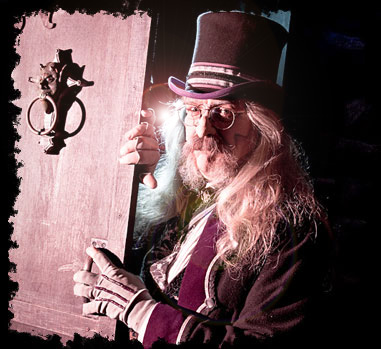