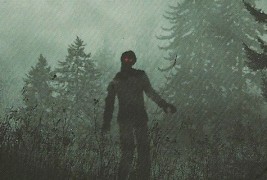 The Beginning of the Blog:

I don’t understand why this book is so popular, but it is. Tim Lebbon is a fairly prolific author with a Bram Stoker Award-winning short story and 30+ novels and comic book stories tucked into his professional portfolio. He’s done several movie novelizations (here’s a review of one he’s done way back when).

This book came out in 2012 and has since been picking up a lot positive feedback from the horror community. Even though I read this in 2014 it still feels as if it’s taken me 2 years to finally get to write this review. I did a lot of research on this book—more than my causal glance at a Wikipedia page or two—and skimmed over whatever free copies or excerpts of other Tim Lebbon works were floating around out there. Most of what I read of his work (keep in mind most of what I read were excerpts) seemed pretty strong, and from reading ColdBrook and looking at his list of other published books, I know that Tim Lebbon is a driven and creative writer who possesses real talent. He seems, at least at face value, to love what he does and across the board, this is a well-liked book. After finishing ColdBrook, I sifted through dozens of Google search pages looking at review after review for Tim Lebbon and his work including semi-critical reviews, super fan reviews and customer reviews. I found only two “middle of the road” reviews by customers that fairly rated Coldbrook 1 to 3 stars—not hating it, but not really thinking it was anything fantastic, and admittedly, I was shocked. I didn’t find this book to be that good of a read.

ColdBrook has an explosive exposition that sets the stage for a multi-dimensional pandemic zombie mutant disaster with a stock of interesting characters but after the first couple of parts, I found it difficult to care about the story. It hooked me with its action-packed introduction building to the zombie disaster, but then it lost its momentum. It’s a pretty standard zombie apocalypse story, but it has a unique multidimensional twist that is, in itself, a somewhat fresh sci-fi approach. But it’s a trope that mainstream comic books go to when they need to recreate fresh story arcs or have simply run out of ideas. That’s not to say that ColdBrook is slacking in the creative idea department. Tim Lebbon weaves a lot of plausible pseudo-science into the storyline and makes an ambitious attempt at making characters as realistic as possible even when they’re tossed into very unrealistic situations involving multiple earths wrought with a zombie infestation.

However, while readingColdBrook you might feel as if you’ve fallen into an inter-dimensional void yourself because you enter a sort of time paradox—at least, I did. I’ve never before read a book that had fast action with solid action beats that seemed to drag on until infinity (It’s a lot like the endings of Con-Air).

Upon completion of the book, I felt like I had just read a 12-book series that had been summarized and condensed into one 300-page novel. A lot of elements could’ve been expanded and the overall story seemed rushed towards the end, at least conceptually. Tim Lebbon is a very talented writer, with many books under his belt and what appears to be a wide and loyal fan base that enjoys those books, but what I’m getting at here is that I think less than half of the reviewers who critiqued this book didn’t read past chapter 3 because there’s little mention in other reviews that I perused (except from devoted Lebbon-fan blogs) don’t talk about the alien entities in this story that are sort of sacred plague harbingers of the multiverse (which in and of itself could be a multiple-book series) or the world of Gaia—the sister earth where the people are mirror images of those on our plain of reality who have been fighting furies (Lebbon’s name for Zombies) since the 1970s and are desperate to find a cure to bring peace to their world.

Again, I feel like a lot of the most interesting parts of this story were skimmed over and replaced with a lot of action, and I hate the layout which isn’t specifically a criticism of this book but rather most modern e-books that I’ve read all have the same type of bizarre format where the story is broken up into parts with sub sections and then chapters. It’s like the book is broken up into 15ths. It drives me insane. I’d finish a part and as I read on I’d think, “Okay, we’re really building to something big,” then I’d turn the page and only find that particular scene was only part of a subplot on Book 1 Subsection II, introduction to Saturday (these events happen within three days and each day has its own subcategory), Chapter 3. I often wondered if I was reading a novel or a court case that took place over several days about a novel. There are section’s broken up over the three or four days the story takes place starting on Tuesday (I think) and each part has its own chapters. It’s maddening. It wouldn’t really be that big of a deal if the story drew me in, but because the story was hit or miss I found myself becoming more aware of the layout than caring about what happened next, especially when I was getting towards the end of the book.

Frankly, I spent a lot of time reading this story and reading the reviews out there about why people liked it to try to be balanced in my own review. I’m tired of lambasting people who work hard on their stories, especially indie guys and especially if the book has some type of a small following. A lot of people out there seemed to really dig the multiverse angle with the zombie plague storyline and seemed to be overjoyed reading it so there must be something to this book that I’m too dense to pick up on. Maybe people enjoy this book so much not just because it crosses two very popular genres—sci-fi and zombie horror, but also because the story reads like a slightly more action-packed The Walking Dead that has multiple dimensions. I’m sure that if Robert Kirkman continues to produce The Walking Dead comics from now until infinity at some point there’s going to be a multi-dimensional theme. However, I personally found that more could have been done with this angle especially when exploring the sister earth’s history with zombies and multidimensional technology.

Listen, I’m aware that Tim Lebbon is a good writer so before one of you diehard Lebbon fans tracks my IP address and bombs my house to show Tim how much you love him and how much my review sucks, just keep in mind that after reading ColdBrook I can face anything, so bring it. 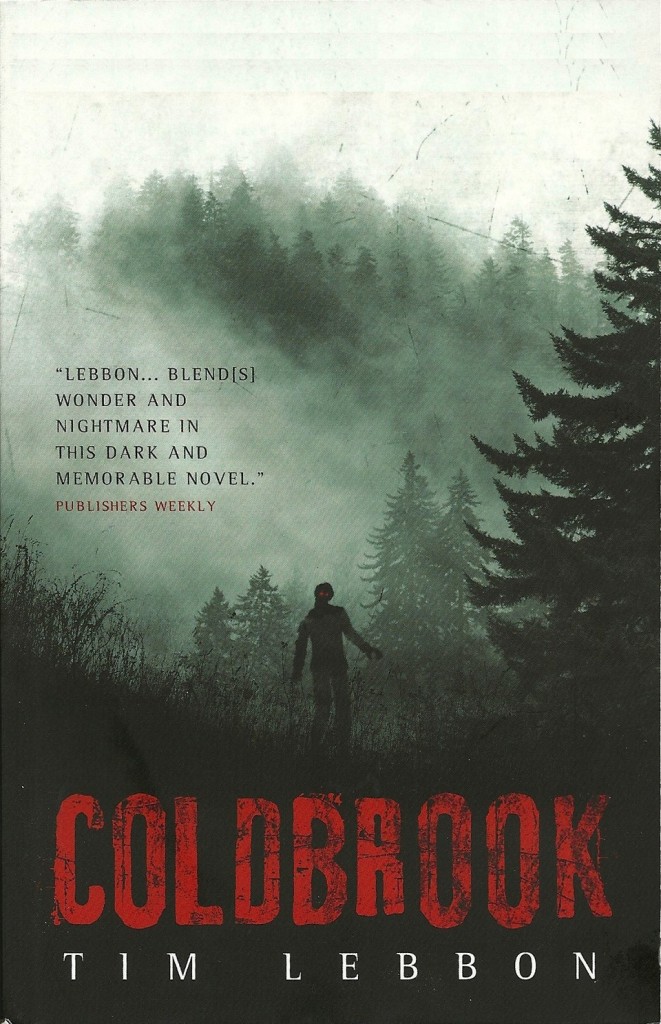