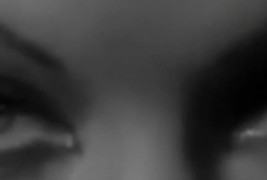 Whenever the term “first” gets bandied about, make sure you have plenty of salt ready. Usually, whenever something is called the “first,” then a million outraged voices come from the woodwork in order to point out that, in actuality, there was something before the “first.” Therefore, when I call Thirteen Women “the first slasher film,” please hold your disagreements for the next thousand words or so.

Undeniably, Thirteen Women is one of the earliest psychological suspense films to center around a devious serial killer with a grudge. Originally filmed as a 73-minute picture, most purchasable prints of the film contain the edited 59-minute version, which suffered cuts because even the pre-Hays Code censors thought the film too salacious and overly packed with beautiful females dying.

At less than an hour, Thirteen Women gets right down to the dying without a fuss, but as with most rapid-fire productions, the truncated version of Thirteen Women leaves a few plot holes as wide open wounds in the final product. For instance, is Ursula Georgi (played brilliantly by a pre-Thin Man Myrna Loy) half Javanese (as she is in the novel) or a “half-caste Hindu?” I guess it ultimately doesn’t matter, for the point is that Georgi is different—an “Oriental” among “Occidentals.” Viewers can tell because Loy, who plays the wounded Georgi with the sultry sex appeal of a vamp gone stone cold psychotic, wears enough eye make-up to turn any round eye almond-shaped.

Second, the film’s central premise is the idea that occult suggestions based on phony astrology can lead people to murder and suicide. Sure, there are people out there who take the horoscope section of the newspaper a little too seriously, but few are prone to gutting their co-workers based on an unnamable tragedy that might befall any Capricorn. 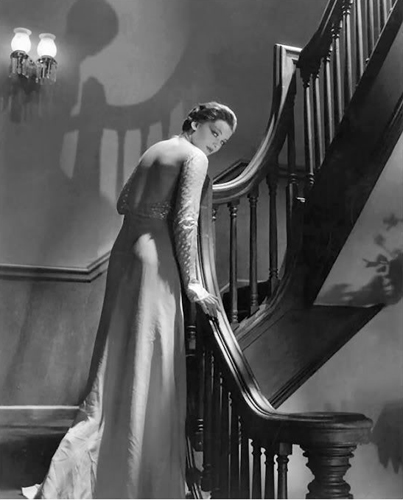 Despite these drawbacks, it’s important to remember that Thirteen Women is a simple revenge story based upon cheap fiction. As a film, Thirteen Women, which still looks great thanks to cinematographer Leo Tover, mostly shows how little murder stories have changed since the 1930s. In fact, the really interesting things about Thirteen Women lay outside the confines of its story, but first the narrative in brief.

The titular thirteen women are former members of college sorority. At some point during their undergraduate years, the women shunned Georgi because of her mixed-race background, and as a result, Georgi, a secretary for the supposedly clairvoyant Swami Yogadachi (played by C. Henry Gordon), vows revenge at any cost. In order to achieve her goal of killing off her former peers, Georgi concocts a plan whereby Yogadachi, operating under the full control of Georgi’s mesmerizing eyes, sends each of the women doom-ridden horoscopes that speak of impending death. One by one the women die by stress-induced accidents (June Raskob, played by Mary Duncan, fails to catch her sister May, played by Harriet Hagman, during their “world famous double flip” trapeze act), commit murder (Hazel Cousins, played by Peg Entwistle, kills her husband with a knife), and suicide (Helen Dawson Frye, played by Kay Johnson, is goaded into putting a revolver to her heart by her fellow train passenger Georgi). Besides these kills, Georgi successfully hypnotizes Yogadachi into leaning backwards in front of a New York subway car, while Georgi and her lover/accomplice Burns (played by Edward Pawley) unsuccessfully try to poison and blow up Laura Stanhope (played by Irene Dunne) and her young son Bobby (played by Wally Albright). Fortunately for the forces of good, Georgi and Burns fail in their attempts on the Stanhope household in Beverly Hills, and after the dashing detective Barry Clive (played by Ricardo Cortez) and a partner foil Georgi’s final effort to kill Bobby a day before his birthday, Georgi commits suicide by throwing herself from the back of a traveling train years before this method was made famous by James M. Cain’s novel Double Indemnity.

Although narratively superficial, Thirteen Women does show some artistic flourishes. First, after the film’s first death, Georgi is seen marking Xs across the faces of her former schoolmates. This act is so common nowadays that it’s become a point of comedy (see: Steve Buscemi’s character in Billy Madison), but in 1932 it must have been downright chilling. Beyond this, the film shows a bright, flashing light, almost like a crashing star, after each death. Such signaling makes the film seem somewhat supernatural, plus the final sequence, which shows Yogadachi’s disembodied and floating head moving towards Georgi right before her suicide, further adds to the film’s winking nod towards the blurred line between overactive imaginations and the spiritual realm. 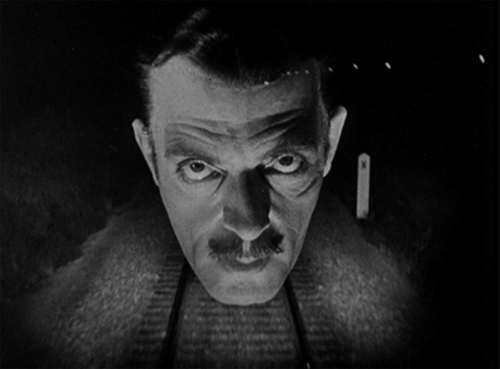 Of course the film’s other standout moment comes in its final reel. After cornering Stanhope aboard a train, Georgi discloses the reason for her hatred:

Do you know what it means to be a half-breed? A half-caste in a world ruled by whites? If you’re a male, you’re a coolie; if you’re a female, well…

The white half of me cried for the courtesy and protection that women like you get. The only way I could free myself was by becoming white. And it was almost in my hands when you, you and your Kappa society stopped me.

Such a soliloquy seems taken from a modern, post-colonial narrative, although in actuality Thirteen Women, the novel and the film, came out in a time when the European empires in Africa, Asia, and Latin America were still very much alive. Although Georgi’s anti-white tirade is made in order to turn the calculating killer into a hysterical egoist (especially considering that such racial snubs hardly explain multiple attempts at killing a former classmate’s child), the scene still seems shocking. This exchange, along with the film’s mostly female cast and its sometimes frank discussions about divorce and single-parent homes, mark Thirteen Women as a decidedly pre-code film that snuck into theaters before Hollywood started to rigorously police itself in order to make elderly librarians and scolding churchgoers happy.

While in a few ways Thirteen Women is a deceptively pioneering film, the real reason why this short movie from 1932 remains somewhat discussed is because of the real-life characters that populate the film. First of all, at the time of the film’s release, the biggest star on the project might not have been either Loy or Dunne, but rather Tiffany Thayer. Thayer, a former actor turned writer, is most famous for founding the Fortean Society, a group dedicated to promoting the ideas of Charles Fort. Fort had been a naturalist and journalist who tirelessly applied scientific methods towards researching anomalous phenomena. As the editor of the Fortean Society’s newsletter Doubt, Thayer proved to be an eccentric who not only promoted his own views at any costs, but sometimes exclusively promoted his own views as gospel among the society’s members. Though Thayer stated that the goal of the Fortean Society was to “widen the scope of Fortean inquiry to all phases of life… To urge authors, publishers, and users of text-books to adopt the practice of teaching the suspension of final judgment or dogmatic belief… To perpetuate dissent,” his real concern was dissent—constant and sometimes unnerving dissent for its own sake.

At the same time he was promoting the Fortean Society, Thayer was also churning out pulp novels and trying to “make it” as a screenwriter and an actor in Hollywood. As the former, Thayer was described by those friendly to his work as having “a macabre sort of gaiety,” while detractors like F. Scott Fitzgerald would note how “curious children nosed at the slime of Mr. Tiffany Thayer in the drug-store libraries.” The always witty Dorothy Parker mocked one of Thayer’s smutty books by quipping: “He is beyond question a writer of power; and his power lies in his ability to make sex so thoroughly, graphically, and aggressively unattractive that one is fairly shaken to ponder how little one has been missing.” Still, even given these powerful voices of antagonism, Thayer’s books sold well throughout the 1930s, though few if any are still in print today. 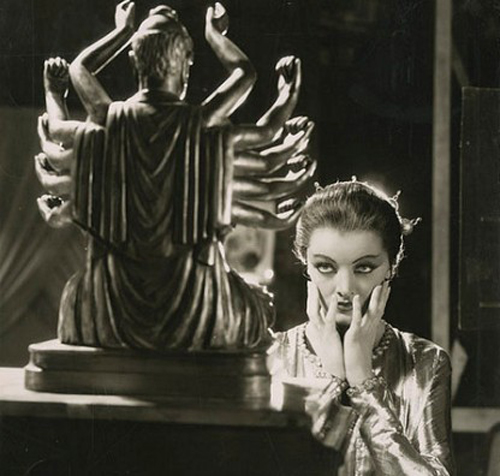 In Hollywood, Thayer couldn’t catch a break as a screenwriter, and even though three of his novels were filmed in 1932, Thayer himself could only boast of having written one piece of filmed dialogue, plus his only acting credit was as the comical press agent Wilbur Hitchcock in 1936’s The Devil on Horseback. By 1936, Thayer packed up and headed back to New York. Along the way he must’ve dropped his taste for writing novels, and for the rest of his life, Thayer dedicated his time to propagating his own brand of Fortean studies all the while supporting an increasingly bizarre litany of causes. For one, Thayer, who described himself as both an anarchist and a Pyrrhonean skeptic, believed during wartime that President Roosevelt and the Japanese were in collusion. Thayer later considered the atomic bomb a hoax created by the U.S. government and he was a vocal advocate of the often ridiculed Flat Earth theory. Ever since his death in 1959, conspiracy nuts and curmudgeons have been trying to fill the void he left behind with varying degrees of success.

Besides a Fortean writer, Thirteen Women’s other headline personality is far more tragic. The film is the only on-screen appearance of Peg Entwistle, and even at that most of her performance was left behind on the cutting room floor. By the time Thirteen Women was released, Entwistle was dead. After struggling to land acting jobs in Depression-era Hollywood, the Welsh-born Entwistle was so destitute that she couldn’t even scrape together the money needed for a train ride back to New York. On September 16, 1932 (some sources claim the suicide happened on the 18th, the day when a hiker found Entwistle’s body), Entwistle committed suicide in such a way that her legend still lives on in the lore of haunted Hollywood. Using a workman’s ladder behind the famous Hollywood sign (at the time the sign read “Hollywoodland”), Entwistle jumped to her death from atop the “H.” Her suicide note read:

“I am afraid I am a coward. I am sorry for everything. If I had done this a long time ago, it would have saved a lot of pain.”

According to urban legend, a letter offering Entwistle a once-in-a-lifetime role was mailed to her uncle’s house in Los Angeles not long after the discovery of her death. More than anything else, the short, sad life of Peg Entwistle is the reason why most people have seen or want to see Thirteen Women.

Maybe it is truly “the first slasher film,” but whatever the case Thirteen Women is unquestionably a part of the greater history of cinema. An early example of the revenge thriller genre, Thirteen Women packs in a lot of important visuals and moments in in less than an hour. Although by no means a great film, Thirteen Women is important and not just because of its extra-circulars. But then again, who can deny the appeal of a cranky, spook-chasing author or the moving tale of an all too young Peg Entwistle, the film’s only true victim?