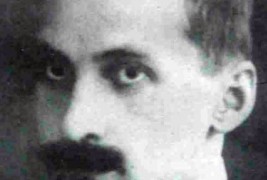 Hunting after the obscure and arcane has always been a fixture of the horror genre. That’s why Peter Straub’s Mr. X is an apt metaphor for the entire experience of reading horror fiction: we, the readers, look for the mysterious man (or woman) behind the bloody red pen. Often the more we search the more mysterious they become. After all, what type of person dedicates their life to focusing on those things that terrify us? What type of environment produces such a person?

In the case of Stefan Grabiński, these questions all reach a logical conclusion that helps to explain away the author’s weird obsessions. Grabiński’s home nation—Poland—has always been one of Europe’s darkest parts, and usually not because of Poland’s own doing. Unfortunately placed between the historically ravenous powers of Germany and Russia, Poland was once the biggest and most feared of the three. Before and during the Polish-Lithuanian Commonwealth, the Slavic nation was considered a military powerhouse—a powerhouse capable of fighting not only the Teutonic Knights (a militaristic order of Roman Catholic monks from Germany), but also the Muscovites (under the Polish nobleman Stanisław Żółkiewski, Polish forces captured and occupied Moscow in 1610). Even in Central and Eastern Europe today, historians, both amateur and professional, still speak with a sense of awe when the topic of the winged Polish hussars (a type of heavy cavalry) come up. It is said that these angelic-looking warriors would terrify their opponents into retreating just from the sound of the wind whipping through their wooden and feathered wings.

Poland’s day in the sun was short-lived, though. Called the “Christ of Nations” (a title earned during 1683’s Battle of Vienna after the Polish king Jan III Sobieski’s relief force finally halted the Ottoman Turkish advance into Austria), Poland soon went from a powerful nation-state to a nonexistent one. Divided up in the 18th century by Russia, Prussia, and Austria, Poland ceased to exist as an independent country until after World War I. Poles, being a proud people, often lashed out against their overlords, and thus instigated numerous rebellions (especially in the Russian sector of the country). Polish freedom fighters even played a part in the American Revolutionary War, with the two noblemen Kazimierz Pułaski and Tadeusz Kościuszko being among the most famous and revered.

Still, despite having such fearless and compelling leaders, it took the chaos of post-World War I Europe to finally return Poland to the map. And not long after doing so, Poland, led by the mustachioed strongman Marshal Józef Piłsudski, began expanding via the sword, even going so far as to crush the invading Red Army during the Polish-Soviet War (1919-1921). This is the Poland that Grabiński worked in, but despite his nation’s outward show of confidence, Grabiński’s work belies a deeper and more interior feeling of insecurity. In Grabiński’s world, everything is on the verge of collapse. 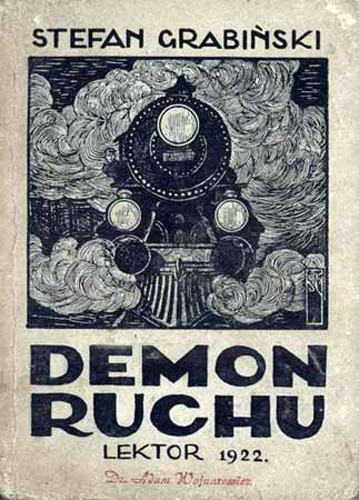 Born in 1887 in what is now the western Ukrainian city of Kaminaka-Buzka, Grabiński attended the University ofLwów (which is now the Ukrainian Lviv University) where he studied philology and Polish Literature. Besides his studies, Grabiński took a personal interest in demonology and parapsychology. Such occult topics would later find their way into his fiction, along with a much more real terror: tuberculosis. A hereditary disease, Grabiński’s tuberculosis would eventually kill him at age forty-nine in 1936, and even before that it had rendered him unemployable. As such, the former teacher in Lwów and Przemyśl died destitute after five years with little in the way of fanfare or even recognition.

For most outside of Poland, Grabiński is merely the “Polish Poe,” or, less often, the “Polish Lovecraft.” And while Grabiński’s place within Eastern European horror fiction is as large as those two Americans, these titles don’t come close to capturing the essence of Grabiński’s fiction. In fact, Grabiński’s stories and novels have few similarities with the work of either Poe or Lovecraft, and as the British author China Miéville correctly states in his 2003 article for The Guardian: Grabiński “is a writer for whom supernatural horror is manifest precisely in modernity—in electricity, fire-stations, trains.”

Miéville goes on to further state that while “Poe’s horror is agonised [sic],” Grabiński’s fiction “is cerebral, investigative.” And unlike Lovecraft’s characters who “suffer at the caprice of…blind idiot gods,” Grabiński’s world is ordered, yet its principles are strange and virtually indiscernible for the everyday person. Finally, unlike either Poe or Lovecraft, both of whom fancied themselves as rational men and men of science, Grabiński, in the words of translator Miroslaw Lipinski, “believed in supernatural possibilities and was not just using the supernatural for effect.”

Although Grabiński spent a large portion of his life absorbed in the studies of magic, demonology, and the paranormal, most of his fiction is intensely cerebral and shows the influence of Freudian psychoanalysis. Even without the requisite spooks (which don’t factor in to all of Grabiński’s stories), Grabiński’s tales still resonate as terrifying due to their explorations through the netherworlds of the human mind. Anxiety attacks, depression, misanthropy, gallow’s humor: these are the common conceits in Grabiński’s fiction, and as result much of Grabiński’s oeuvre has the same feeling and substance of the silent German Expressionist films, of which Grabiński was a great admirer. Grabiński himself even got the film treatment while he was still alive, for the 1927 Polish film Kochanka Szamoty is based on Grabiński’s short story “Szamota’s Mistress”. Now a lost film, Grabiński reportedly attended the premiere. 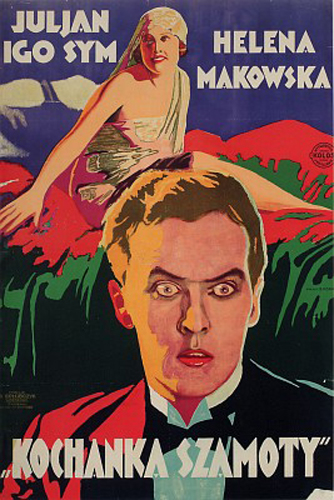 “Szamota’s Mistress”, like some of Grabiński’s more frequently anthologized short stories, is sexually charged, which allows it to walk the line between decadence and surrealism; between psychological horror and body horror. The haunting attraction at the center of “Szamota’s Mistress” may or may not be Medusa reincarnated, but whatever she is she is dead throughout the story, thus turning the secret tryst into something categorically dreadful.

Besides sex, trains play another important part. From a short story collection entitled The Motion Demon to several train-themed stories in The Dark Domain, trains, as the symbol of speed, progress, and the modern world, highlight Grabiński’s interest in the interconnection between sanity and insanity. Reality morphs into frightful shapes in Grabiński’s train stories, with twist and turns taking the reader to a dizzying array of explanations. In “The Wandering Train” there’s a phantom locomotive, but that’s not the location of the story’s horror. The horror lies in uncertainty—in the daily dread of travel. Who among us can honestly say that they haven’t felt what the passengers and the engineers feel in “The Wandering Train”? Who among us hasn’t questioned whether a trip was going to be their last? Switch trains for airplanes, and I’m sure many us can relate to the unbridled fear of “what if?”

For all of his mysticism, Grabiński’s best stories are the ones that deal with recognizable human emotions and foibles. The loneliness of the central character in “The Glance” overshadows anything else in the tale, while the exhaustion that begins “Fumes” is equally relatable. Besides being a master of the modern strange tale, Grabiński, unlike Lovecraft, was and remains a humanist interested in the darker hues of life.

Sadly, because Grabiński fell into obscurity even before his death and because of the seeming lack of interest in Polish Literature in North America, Grabiński’s work is neither well-known nor widely read. Fortunately, a recent uptick in translations is helping the cause, although most of them keep recycling the same handful of stories over and over again. Still, if you’re interested, then the Dedalus European Classics version of The Dark Domain is available online and in some stores, and so too is Lipinski’s excellent translation of The Motion Demon. A word of caution: it’s best to not read these on the rails or in the air.