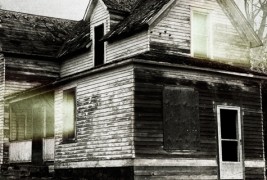 What can go wrong when a group of teenagers retreats to a secluded cabin for a vacation filled with sexual tension and mind-altering substances? Director Richard Gray’s The Evil Within promises to answer this perennial question for the horror-hungry masses on May 6th. Luckily, as a valuable and beloved member of the Ravenous Monster team, I got to see it before you. Unless you live in Australia, where, apparently, it’s already been released.

A van full of hale young adults (though certainly not teens) sets out for the beautiful wilderness. They expect to find a cabin ready for them; a respite from the pressures of adulthood and city life deep in the mountainous verdure. They are to be the guests of a couple who are never quite able to join them, only to run their van off the road when someone jumps out in front of them. Four men and three women take off on foot through the woods. In spite of the protests that they might have been lost, their mentally ill de facto leader tells them that their destination will be just up the road. Thus, we venture towards their den of iniquity.

On the way, an abnormal meteorological phenomenon presents itself, though they ascribe it to the Aurora Borealis. This is the first of many eerie events that should have heralded the impending high strangeness.

Animosity builds between Lex (Rafi Gavron), the drunken British cousin, and American-Benedict-Cumberbatch, Guy—that’s his name: Guy (Ethan Peck). The protagonist, as such, is Michael (Joseph Cross), who suffers from an unspecified mental disorder and for which he takes—or, rather, is supposed to be taking—medication. There is also Lyla (Briana Evigan), Michael’s girlfriend, dude-bro TJ (Alex Meraz) and his girlfriend Claire (Julianna Guill), and Rose (Rebecca Da Costa), the invaluable Spiritual Brown Person.

During his morning jog, TJ discovers a disused mine. The admonition to “break the cycle” is written on the outside and inside they find more creepy stuff. Lex and Rose take off on their own down a passage which they hope will loop around to scare the others. It’s at this point that the mushrooms he’d given her kick in. Or is it her powers as a medium (you know we all are!)? When a hand reaches out and grasps her leg, she freaks out and they run back. Although she can see the injury, no one else can. She also begins seeing everyone as decayed corpses. Thenceforth, things get weirder.

Without giving away too much, everyone starts freaking out when TJ and Lex return to the mine and find dead bodies in a room. And here, a twist! It’s suggested that they leave immediately, but the moribund Rose impedes this. Michael’s paranoia becomes overpowering; he believes that they will soon turn on him. Everything makes less and less sense as Michael gets worse and worse and the others begin to fear him.

Overall, the film is a pretty positive experience. Low production values are evident throughout, yet, it does not substantially detract from the film other than some parts being difficult to understand. Special effects are minimal. Even the make-up is convincing when it’s used. For the most part it is the atmosphere of pervading menace and desperation, a result of the cast’s skillful acting, which plays to the viewer’s fear.

In terms of plot, there is some element of novelty. Is this film a science fiction flick or a psychological thriller? A Scichological thrick? It cannot be stated that the concept is totally new, but here an interesting twist is taken. Whether this aspect of the Unreliable is purposeful or not is itself difficult to ascertain, however. The film would have benefited from a slower pace, building tension methodically and meting out more detailed information. It is a lack of clarity and direction that most detracts from it.  The viewer waits until the end to receive the story’s resolution, only to get it in somewhat muddled form. Perhaps as a short film, The Evil Within would have fared a little better.

The acting is quite solid, although only the male characters seem to have any personalities. Apart from the Spiritual Brown Person, the three female characters are just there to add texture. One is the party girl, one is the promiscuous party girl, and one is the sedate party girl. They’re never really allowed to flourish. Rather, they talk about the boys and scream a lot and sometimes provide a conduit to give information to the viewer. The Spiritual Brown Person spends most of the film either using her ancestral powers to explain the symbols they find or convalescing through hallucinations. Incidentally, this is basically what my function is within my group of friends.

This film proves a little bit frustrating because it takes off in many directions that kind of lead nowhere. Then, confusingly, it leads somewhere else entirely. Nevertheless, this does not mean that it isn’t an effective film. Good acting and good music are enhanced by competent direction. The Evil Within is a most enjoyable film. Watch it. Furthermore, it isn’t like you have anything better going on. 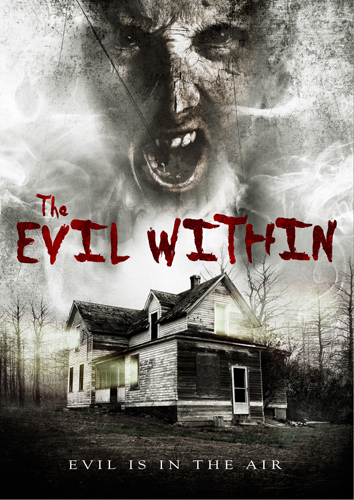 One thought on “The Evil Within Movie Review”