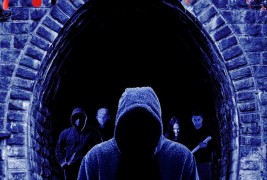 I highly recommend you pick up a copy of Brian Moreland’s new novella The Vagrants (Samhain Publishing).  With a page count of a shade over 100, Moreland somehow manages to both create depth to his characters as well as create an entirely new world that could support an entire franchise if he wished it to.

The novella begins with Daniel Finely—an ambitious college graduate with a journalism degree—in the midst of spending six months living with the homeless population in Massachusetts.  He begins feeling disconnected from his old life as the days pile onto each other and Daniel feels himself and his outlook on life changing.

Soon, the camp becomes overrun by a small cult.  This cult and its charismatic leader begin to recruit the occupants of the area into their ranks.  Daniel feels the cult’s appeal but escapes their recruitment.  Two years later when his book is being released the cult finds him and once again tries to bring him into their ranks.

I have a weakness for cult/occult horror, and The Vagrants definitely finds me susceptible.  Moreland’s writing carries with it a gritty realism that makes the more fantastic elements palatable.  One of the novella’s strengths is the way in which the cult members are recruited—a realistic approach that makes each of the cult members more menacing as we understand their devotion to their faith.  The decayed urban settings realized by Moreland create a truly eerie setting and tone for much of the action.  It’s reminiscent of Helen Lyle’s exploration of condemned buildings in director Bernard Rose’s Candyman, one of my all-time favorite horror flicks.

Without ever feeling rushed, The Vagrants moves at an incredible pace, giving us just enough time to see each character as more than horror fodder in search of a higher body count.  I appreciate the time spent giving personalities and backstories to the numerous homeless characters, in particular.  Daniel Finely is a great protagonist and his relationship with his girlfriend, Connie Devereux, is expertly realized.

My only gripe with this novella involves a subplot about organized crime.  While I understand why and how it’s used in conjunction with the main plot, it feels like an easy way to ensure certain characters move from point-A to point-B.

The Vagrants, with its quick pace and satisfying genre elements, plays like the most satisfying episodes of an anthology program such as Masters of Horror or Tales from the Crypt. With The Vagrants, Brian Moreland has crafted a unique and thrilling vision of horror that left me both satisfied and wanting more.  I strongly encourage you to pick up this novella. 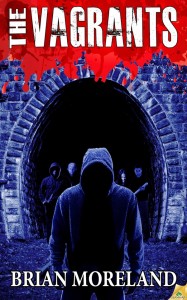