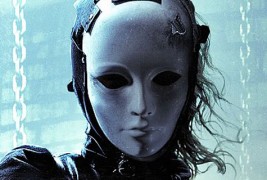 According to everything one happens to read about director Jeremiah Buckhalt’s Blood Widow, this film heralds the dawn of a new era: The era of the bad ass female slasher. ANNO FEMINAE. Furthermore, this is a film that has the distinction of premiering at Cannes. Not just any Cannes, but the Cannes, apparently. The place where another film that touches on the issue of cidegenesis feminine, my beloved Antichrist, was nominated for the Palme D’Or.

Was Blood Widow good, though?

Short answer: No. I cannot honestly say that I enjoyed this film very much. While I have watched bad movies that I can tolerate or that amuse me, Blood Widow felt more like a chore. It is neither a true slasher film, nor is it weird enough to be creepy. It does, indeed, have certain elements that are well done, but, apart from these, I found myself checking the progress bar quite often to see how much time was left ‘til the end.

The basic premise of this movie is that a young couple moves into a house in the country. An ominous, decaying manse sits abandoned and nestled within the woods that abut their property. A prologue to the main story shows us what kind of an experience those who enter the house can expect.

Laurie and Hugh seem to be a loving couple. She is hoping that he’s settled into adulthood, as evidenced by her desire to finally purchase a home and get with the adulting. He, unfortunately, retains all of the traits and dishonesty of young adulthood in the male of the species. She grows increasingly frustrated by his desire to just party it up with his buds and hang out. As such, he invites some friends for a sort of housewarming, unbeknownst to her until the van filled with raucous caricatures pulls into the driveway. They, in turn, invite some more people. Before the house becomes a hipster-engorged den of iniquity, however, the initial group of friends decides to explore the former boarding school next door. Not the best decision at the best of times. 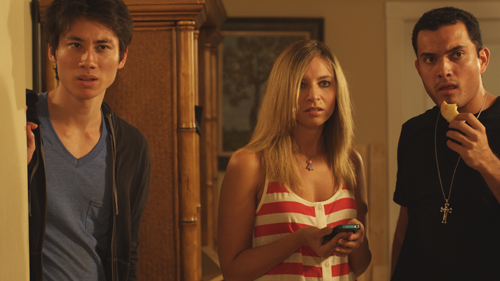 What follows is an hour of what can’t even really be described as droll entertainment. In spite of the gory deaths, the action lacks the pacing of a good slasher film. It can be described as the incestuous product of a suspenseful thriller and a slasher film: Slow and rather inefficient.

The cinematography is not bad, but, it isn’t novel.  Daring and fun use of camera angles and light are nowhere to be found. It’s textbook film shooting. The same goes for the music. A lackluster score weighs the film down more than it moves it along.

Only Danielle Lilley who plays Laurie and Christopher de Padua who plays Kenneth, the anal-retentive “nerd” friend of Hugh give interesting performances. The former does a great job showing frustration and panic when it’s necessary, and calm when the situation calls for it; the latter seems to be the only person having fun with his character. His screams are particularly funny.

What about the actual Blood Widow, though? Visually, she is interesting. Her aesthetic could be described as something Tsutomu Nihei would draw brought to life. She is slick and sleek and deadly. If I saw her in an action or science fiction film, I’d be excited. She looks like an interesting character to get to know in those genres; she looks like she’d be fun to send on a mission and just watch in action.

When it comes to her style of killing, she becomes less of the slasher monster and more of a distraught case of hysteria. I like my slasher killers to be monstrous forces of nature. They should be unstoppable behemoths with a single purpose. A little messy and vaguely inhuman. She is none of these.

One thinks of the Jasons and Michael Myerses and Freddys, and they all just look and act crazy. That’s what makes them so fun. Blood Widow shows up for a moment, does some damage, looks at her work with puzzlement, and leaves. It’s almost as though she doesn’t understand what she’s doing, like an alien suddenly incarnate in the body of a human. Which, of course, would be interesting, were that scenario the actual plot of this movie. 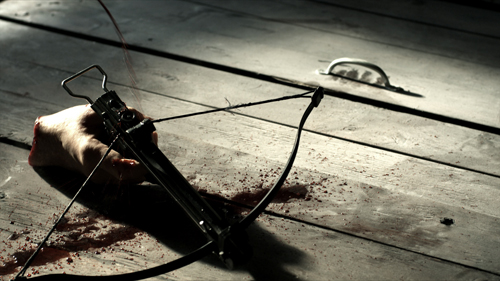 Everything about the movie feels like its recycled from the genre, and then has a female killer stuffed into it to make it so much different. The killer, though, can’t escape her gender. She isn’t just a slasher villain, but, a female slasher villain. She has to be clean, infantile, and emotionally damaged. Cinema has a rich history of awesome killers, some of whom are female. While few of them actually seem to fit the narrow definition of what a slasher ought to be, they are still powerful entities of the world of movies. With all the possibility that film provides, it’s kind of sad to not take advantage of them.

I wanted to enjoy Blood Widow. I really wanted to enjoy it, but, unfortunately, I couldn’t. When the violence shows up, it’s cool. The problem is simply that it just occurrs too infrequently. The story doesn’t really go anywhere. When the characters die, it’s difficult to feel emotionally connected with any of them. As a slasher film, it fails to live up to the name. 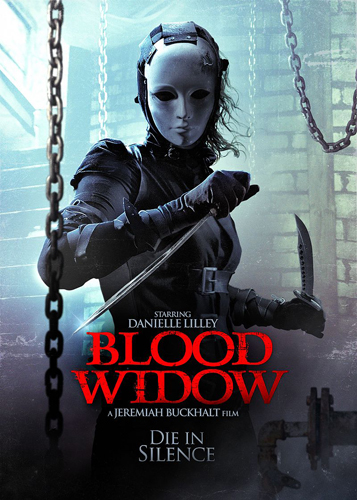