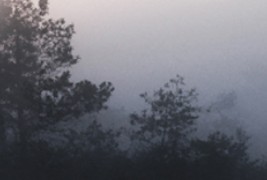 Before zombies, vampires, and werewolves, there were witches. There are many parts of the world where one can still be unceremoniously murdered over simply an accusation of witchcraft. Sure, it’s been a while since they were in vogue: Willow from BUFFY, The Craft, Sabrina, CHARMED. The nineties were a time to wear your pointy black hat and stir your cauldron proudly. Only recently have they begun a resurgence in popularity. Did they ever really go away, though? While many authors stick with the trends in horror, David Bernstein chose to go old school with his book Witch Island, out from Samhain Publishing.

The story revolves around the legend of Margaret Rivers in the small Northeastern community of Salisbury Mills. Accused of being a witch, she was taken to a small island in the middle of the local river and burned. In the milieu to capture her, her husband had also perished under violent circumstances. The whole affair is rather unpleasant and dishonest, as antiquated things are wont to be.

As she dies, Margaret the Witch curses those who would put her and her beloved to death. In an interesting take on the usual haunted aspect of horror literature, through sheer will of hatred and revenge, her spirit merges with the island itself. This allows her to control the flora and fauna there to her own designs.

The years pass and her legend grows. The island becomes verboten territory for the inhabitants of Salisbury Mills, more through dread and dire warning than any specific events; however, it is not without its mysterious disappearances and deaths.

One of these is a local boy’s brother, who died while on a drunken midnight swim during a party a hundred years after the witch’s burning. Officially, it was stated that he became tangled in weeds and drowned. Local myth knows better, though.

Four years after his death, the drowned boy’s brother and his friends seek to celebrate their graduation on the blasted island. He feels trepidation, the tragedy still fresh in his mind. Nevertheless, nothing stops a good graduation party, as we all know. And nothing beckons to the supernatural like a group of wild young adults. Think on that, young adult readers.

Most of the book takes place over a single day of preparations for the big bacchanalia. Occasionally, the story goes to various relevant points in time, such as the arrival of a spiritual healer who attempts to eradicate the spirit of the witch, the sheriff’s childhood experience on the island, and a further explanation of the origin of the witch. Apart from these, it’s the story of a group of teens and their trials and tribulations as they arrive at the precipice of adulthood and independence. Suicide attempts, infidelity, devious plots by outside parties, and introspective self-analysis all come up within the present storyline.

Apart from the possession of the island by the witch, the plot is rather usual and straightforward. It’s like Degrassi with a blood and a malevolent entity. Stock characters in a teenage melodrama play their roles diligently, if predictably. This in itself is not bad, as it provides a stable, uncomplicated vehicle to carry the story of the witch to its surprisingly fun and interesting denouement.

What I quite liked about Witch Island is when the book tells the story from the perspective of the witch. She is angry, vengeful, and spite-filled, not without her reasons. Her powers are limited by the aforementioned spiritual healer’s artifice, thereby creating a further level of challenge for Margaret Rivers. In spite of this, she controls the island. She draws strength from every drop of blood spilled and absorbed onto that cursed ground, thereby allowing her a promise of resurrection and escape with every intrusion.

Witch Island is a solid horror book that feels trite if one stops reading during the first few chapters. But don’t stop! Some anachronistic details kind of mar the story—then again, I am known to be a bit of a picky nerd. The book really picks up during the second and third acts. It gets more interesting as the story progresses and the ending feels like it never ends. Just when you think it’s over, the story continues down another twisted turn. 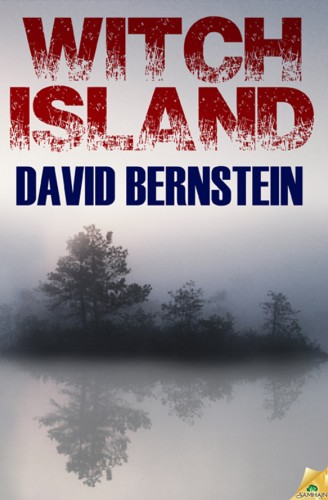