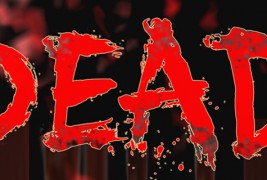 My name is Justin Hamelin. I am a horror nut. Over the years, feeding my appetite with the classic films and reading every book Stephen King has ever written was sufficient. As I’ve grown older, my lust for the macabre has become insatiable. I look at folks like John Carpenter, Stephen King, Ingrid Pitt, Svengoolie, Alfred Hitchcock, HP Lovecraft and Vincent Price with a starry eyed admiration usually reserved for superstar athletes by preteen boys.

My short stories and high-motor imagination drew me to a tantalizing conclusion: perhaps I’m a better visual storyteller than written storyteller. There’s no shame in that. Mr. Carpenter himself has said he’s a storyteller who uses a camera to tell his stories.

At this very moment, I’m putting that theory to the test, as I prepare to begin my first filming project.

Ladies and gentlemen, I present to you a bi-weekly column on the trials and tribulations of the making of ‘DEAD.’, based on a short story of mine by the same name. 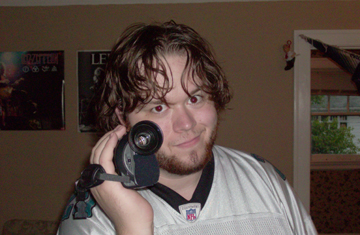 ‘DEAD.’ is a fun, simple premise: zombies have overrun a small town and there’s no telling how or when this outbreak is going to end. In a nod to the classic horror films, the origin of the virus is never discussed nor dissected. I simply ask the audience to suspend disbelief and come with me as I weave a tale of gore, guts and laughs.

I’m roughly three weeks into this project. Scripts are being printed off, fake blood is being collected, and zombies are being corralled. It hasn’t been smooth sailing, but I wouldn’t want it any other way. I want to labor for this because I’m doing what I love. And at the end of the day I want to be able to say I did it my way, we had fun and to hell with the critics.

This will not be a perfect film – hell, we’re working on a budget of roughly $125. The biggest chunk of change coming out of my pocket is going to pay for the venue to premiere this film later in the year, near Halloween. The fake blood has been easy to acquire seeing as how I work at a hospital kitchen and my boss is generous enough to allow me to order a few things on the food order every once in a while – red food dye, corn syrup and corn starch have been relatively inexpensive to come by. My zombies will be wearing clothes either donated to the project by fellow actors and crew members or picked up from the thrift store for a few nickels and dimes. The cameras and lighting were borrowed to me by a great supporter by the name of Ryan Lane, a budding filmmaker himself. 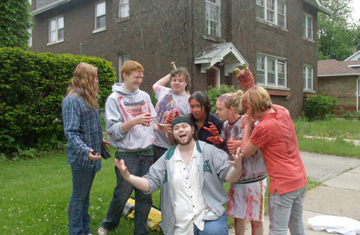 The cast is mostly friends and co-workers – people I trust, love and know practically inside and out. ‘DEAD.’ features three leading ladies, a few co-stars (‘co-star’ is a nice way of saying “horrendously destroyed zombie victim”), and roughly 30 zombies.

I’ve found that making a zombie film of my own has given me a great excuse to watch an excessive amount of horror movies. The video store gals’ peculiar looks have grown on me. Subjecting myself to several independent films as well as countless classics, I’ve learned a few tricks that will ultimately help my low-budget flick immensely. ‘Colin’, a wildly successful indie zombie film from 2008 that was made for peanuts (about $70 – Ravenous Editor), had almost the same amount of zombies as my film has. To make their mass zombie scenes more cramped and overwhelming, the brains behind the camera filmed the zombies coming from both directions – one take had the bloody ghouls coming at the camera, and the other had the fiends running away from the camera. Mesh them together, and BOOM – you’ve got yourself 60 zombies instead of 30. I love that stuff!

We started filming on June 11th and 12th in Waukegan, Illinois. I hope to have the film wrapped by the end of June. I feel that the tighter the filming schedule, the more hectically things will bleed onto the camera, which is what I want.

Each and every person involved is a volunteer, from my one-year-old niece to my friend’s greyhound. They most likely don’t have the same love for horror as I do, but it really means a lot that they’re willing to close their eyes, get doused in blood and help me capture my visions on camera.

Financial success is the last thing on my mind. I simply want to tell a story, and have a helluva fun time doing it.

So, please, feel free to keep up to date on the project through this column. Feedback is always appreciated. Keep screaming, talk to you soon….

One thought on “DEAD Journal: Diary of an Indie Filmmaker 1”