by Maria Ramos
Maria is a writer interested in comic books, cycling, and horror films. Her hobbies include cooking, doodling, and finding local shops around the city. She currently lives in Chicago with her two pet turtles, Franklin and Roy. You can follow her on Twitter @MariaRamos1889. 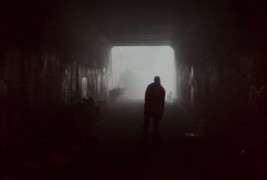 As a dedicated fan of The Walking Dead, it’s hard not to be excited about the spinoff series Fear the Walking Dead premiering at the end of August. It’s strange to think that audiences started with a cop getting shot during a car chase and now have a complex mythology surrounding walkers, the monsters that have plagued our protagonists and tested their humanity with mixed results. These rotting, slow moving corpses have dominated our screens for the past five years and have come to be the iconic representation of the modern zombie.

Now, while we don’t know exactly what to expect from Fear, comic book and series creator Robert Kirkman has assured us the show will be different. According to Kirkman, there are no plans for crossover episodes, however, he did say that elements of The Walking Dead will show up in the spin-off series in what he refers to as an “overall tapestry” between the shows. In comparison to the original series, Fear is set to take place on the other side of the country starting not in rural Georgia but rather in the bustling metropolis of Los Angeles. Set during the onset of the virus (versus months into the zombie apocalypse), we will also be seeing a new, “fresh” zombie contrasting the rotting look we have come to expect.

But, of course, we mustn’t forget that much of The Walking Dead (which AMC has made conveniently available online, see here, here or here) was also different from what had come before it. Walkers bear no resemblance to Bela Lugosi’s mystically controlled Haitian slaves in 1932’s White Zombie nor many of the zombie films and pseudo-zombie films that came after it. The beginnings of zombie mythology that we are familiar with can trace themselves back to the 1968 classic Night of the Living Dead in which director George Romero struck back against conformity and frightened a whole generation by bringing in a familial element in making the monsters “the neighbors.”

The modern zombie film we have grown accustomed to seeing these days is more accurately traced back to 2002’s 28 Days Later  involving an epidemic of “infected” individuals falling into rages and attacking other humans. Similar to The Walking Dead, we see the protagonist wake up from a coma to an unfamiliar world. With the help of others, he slowly gains an understanding of the infection, all the while finding that the infected are not the only monsters inhabiting their broken world. While not called “zombies,” the infected still popularized running rather than shambling hordes and opened the genre to new ideas.

Among these notions, was the revitalization of zombies into comedy. Certainly zombie comedies were not new, but we saw a sudden influx of them that hadn’t been present since the late-70s and early-80s.

Perhaps the original and one of the most iconic zom-coms was The Return of the Living Dead. Directed by Dan O’Bannon and co-written by John Russo, Return incorporated both comedy and gore (or “splatstick”), which then spawned many other similar films, such as Evil Dead II. However, these films didn’t branch out in the way modern zom-coms have become known for. 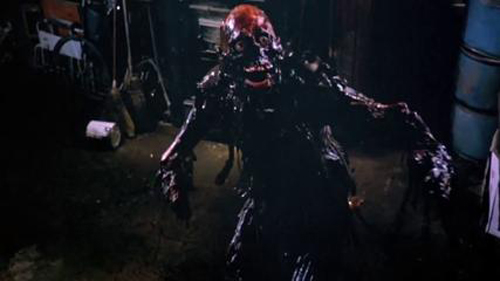 These days, zombie comedies tend to present a blend of genres, gaining both heart and freshness from playing out common tropes in a unique setting. Shaun of the Dead, for example, utilizes the concepts associated with a coming-of-age story but puts them in the middle of a zombie apocalypse. Warm Bodies uses all of the elements of a teen romance, including the “love-obstructing parents” trope, but does so with one character actually being a zombie. These are often so full of tropes that a film like Zombieland can successfully make a joke out of pointing them out.

Whether comedy or horror, part of what makes the zombie so versatile is that it has no motivations, so we can ascribe to it whatever fears we wish. There is more than a little of that in the Resident Evil franchise which continues to make films around the fear of biological experimentation. Countless films have used a zombie plague as a metaphor for weapons proliferation including The Crazies, Zombie Strippers, and Day of the Dead to name a few. And the fear of losing one’s family to tragedy is played out in heartbreaking fashion in the sequel 28 Weeks Later with the infected father-figure retaining enough humanity to continue to chase after his children. This successful play on society’s fears with the combination of them slowly beginning to appear more realistic has even gained the attention of world leaders in response to the need for reassurance with this “what if” scenario.

Giving zombies more human-like capabilities has been a major feature of the modern zombie creation, removing some of the more fictional elements to increase the fear factor associated with the genre. Zombie hordes already have a numbers advantage and are absurdly easy to create, but the addition of speed in 28 Days Later almost seems unfair. Similarly, films like Land of the Dead that give the zombies greater intelligence take away another of humanity’s scant advantages. To jump media for a moment, when it was revealed that zombie Jughead in the comic book Afterlife With Archie was aware and commanding the zombie horde overrunning Riverdale, the series suddenly became even more terrifying with skyrocketing stakes.

There are very few “rules” left for zombies in the modern era. They are instead a loose template that we can configure to best frighten us at that point in time. That is part of why Kirkman’s claim that Fear the Walking Dead will be different from the original is not too farfetched. Rather, there is no limit to the potential for innovation within the genre and we won’t be left with “just another zombie thing.” If you’re ready to see the zombie apocalypse from a fresh, new perspective you can catch the premiere of Fear the Walking Dead on AMC Sunday August 23rd 9/8c.