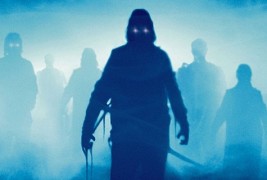 Some have argued that it’s his best film. I’m not entirely convinced myself, but I do believe the film’s soundtrack represents his best work as a composer. The film in question is The Fog, and the maestro behind the tube synthesizers is of course John Carpenter.

While Carpenter came to film as a fan of science fiction and horror, music was in his blood. Born in Carthage, New York but reared in Bowling Green, Kentucky, Carpenter was raised as the son of a music professor. As Carpenter stated in a 2012 interview for The Quietus, the elder Carpenter tried to teach his son the violin and the piano, but, according to the younger Carpenter himself, “I had middlebrow chops.” When The Beatles broke in America in 1964, Carpenter was swept up in Beatlemania and so decided to try his hand at the bass guitar. That interest got him a band (called Kaleidoscope) but not much more.

Still, despite his lackluster track record as a musician, Carpenter retained a love of music, especially film music. Inspired by the likes of Hammer composer James Bernard and frequent Hitchcock collaborator Bernard Herrmann, Carpenter began a film course at the University of Southern California in 1969.  As per usual, Carpenter’s film projects at USC were all his, from the music to the editing and everything in between. As he has said before in numerous interviews, the film-school mindset died hard with him, especially since it generally kept things on the cheap.

A low budget comes with the territory of being a young filmmaker, and the very best find ways of turning this disadvantage into a boon. None have proven more adept at it than Carpenter. His second and third films (Assault on Precinct 13 and Halloween respectively) redefined their genres, and not just in terms of visual storytelling. For Assault on Precinct 13, Carpenter created a sparse and minimalist score that heavily emphasized the use of repetitive synthesizer lines. The threatening and darkly ambient posture of the film’s main theme is full of menacing suggestion, plus its catchiness is undeniable. It’s no wonder then that the da-dud-da-du-dum rhythm of the track can be found in the strangest of places, even on an episode of Scooby-Doo! Mystery Incorporated (“When the Cicadas Calls”).

Carpenter’s next time out was an even bigger success, and one would be hard pressed to find a more iconic piece of film music than the main theme of Halloween. Set to an odd 5/4 time signature, the Halloween theme is a manic look into the evil mind of Michael Myers—the most frightening man to ever rock a William Shatner mask. Halloween’s theme, as recognizable and praised as it is, still does not get the credit it truly deserves. Because it is so dependent upon one instrument, and because that instrument is so geared towards a finite repetition of notes, the theme of Halloween mimics the film’s antagonist in a myriad of ways, from the single-minded determination to the mysterious hints of non-human origin. The earlier theme of Assault on Precinct 13 performs a similar task, although its more urban flavor has a sharper edge that cuts across the film like a bullet from a Street Thunder warlord.

While Assault on Precinct 13 was Carpenter’s first introduction to a wider audience, Halloween is the film that made him famous. Although Italian giallo films had started pointing in the same direction years earlier, Halloween is often attributed as the first slasher film. Whether or not that’s true is a point of contention, but what cannot be argued is that Halloween was one of the first slasher films to substitute horror in lieu of mystery. We all know Michael Myers is the man behind the mask, so when his real face is revealed near the climax, it’s not as dramatic as the reveal in Mario Bava’s Blood and Black Lace. 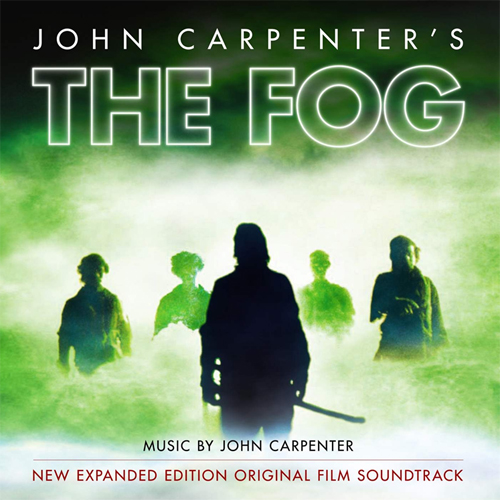 After the breakaway success of Halloween, Carpenter was given carte blanche to write, produce, and/or direct his next film. Ultimately, Carpenter chose to direct and co-write his next feature with producer Debra Hill (who also co-wrote Halloween with Carpenter before going on to collaborate with the director three more times in Halloween II, Escape from New York, and Halloween III: Season of the Witch). The final product was called The Fog and it was unlike anything Carpenter and Hill had previously done. While Assault on Precinct 13 and Halloween are known for their blood and guts (which is silly considering that there’s very little blood in Halloween and Assault on Precinct 13 was hardly the most violent film of 1976), The Fog is a slow, Gothic tale that relies on ambience, atmosphere, and the interplay between shadow and light. As a result, the film’s score, which consists mostly of repetitive and pulsating drones, light piano lines, and the sound of a foghorn, presents a chiaroscuro of sounds.

In order to fully appreciate the genius of The Fog’s soundtrack, one must first understand how the music works as an extension of the film’s storyline. Set in the coastal town of Antonio Bay in northern California, The Fog details a hundred-year-old curse involving a shipwreck, a leper colony, and a conspiracy to acquire gold. Conveniently, the film opens with a ghost story around a campfire. A certain Mr. Machen (played by John Houseman) recites the tragic story of the Elizabeth Dane—a clipper ship that crashed not far from Spivey Point on the night of April 21, 1880. The ship spotted what it thought was a lighthouse, but it turned out to be a fire that six inhabitants of Antonio Bay had purposely set to induce a shipwreck. The reason? Aboard the Elizabeth Dane were members of a leper colony led by the wealthy but afflicted Blake.

This original sin comes back to haunt Antonio Bay during its Centennial, with the ghosts of the Elizabeth Dane sweeping across the town as part of a giant fog bank. Throughout the film, a small group of scrappy locals try to survive The Fog’s inundation, but in the end they are saved by the alcoholic and guilt-ridden Father Malone (played by Carpenter favorite Hal Holbrook). Malone is a descendant of another Father Malone—the priest whose journal explains the reasons behind the mysterious fog at the film’s beginning. The older Father Malone also had a hand in the 1880 conspiracy, and in fact it was he who put Blake’s gold to use by melting it down into a cross for use at the local church. As The Fog closes in on the main cast, it’s up to the modern day Father Malone to sacrifice himself to the hungry ghosts.

This small summary does no justice to The Fog—a highly literate film that abounds with references to older examples of Gothic horror. For starters, by having characters named Machen (a reference to the Welsh fantasy and horror author Arthur Machen) and Dr. Phibes (a reference to the British horror films The Abominable Dr. Phibes and Dr. Phibes Rises Again, both of which starred Vincent Price in the lead role), The Fog lovingly plays to its audience and their wealth of genre knowledge. There’s more to be had too, for The Fog also borrows from Amando de Ossorio’s Blind Dead films (especially The Night of the Seagulls), the short stories of H.P. Lovecraft (which often deal with horror emanating from the sea), and H.F. Arnold’s “The Night Wire,” a short story that deals with a town being engulfed by mist. Coincidentally, The Fog and the Stephen King novella The Mist both came out in 1980.

Although these connections make for great speculation, the real joy of The Fog comes from its musical soundscape. Basing itself off of the film’s empty spaces (empty streets, a single-person radio station housed in a lighthouse, the ocean), Carpenter’s score to The Fog (which was aided by Dan Wyman) is overwhelmingly somber. It is also highly monochromatic, with entire sections representing the film’s pervasive blue tint. Unlike Carpenter’s previous suites, the music of The Fog, as a whole, lacks a bouncy rhythm or any hints of dynamism. In short, The Fog sounds like a funeral march that just so happens to rely upon a single synthesizer. 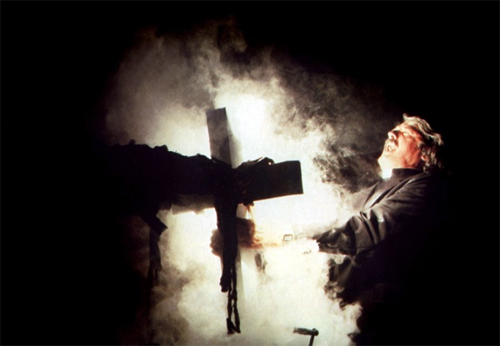 It’s this sense of vast emptiness which makes The Fog—the film and its music—so compelling. While other Carpenter films have tended to focus on the lurid and exploitative, The Fog remains his masterstroke of subtlety. The film’s music is the best display of this subtly, and despite a few jarring moments, The Fog’s soundtrack has a sleepy, nighttime quality that has the same feeling and texture as fog rolling in across the bay. This time around, you’d be best served by letting The Fog engulf you, for this soundtrack is on par with some of the very best film scores of the last three decades.

In case you’re interested, the entire soundtrack can be found here:https://www.youtube.com/watch?v=zKGzUxH9GyQ