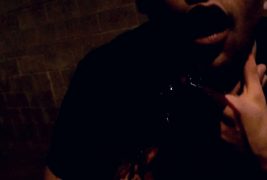 The synopsis of 2 Jennifer was enough to pique my interest, but when I started to watch it, it was obvious that the film was done in a POV documentary/found footage style (ala Blair Witch Project). And the premise? Well, the plotline consists of the viewer following one of the filmmakers, Spencer, on the film-within-the-film 2 Jennifer as he shoots behind the scenes footage on his phone. My initial thoughts were that this could either be really good or make me feel as though I just wasted an hour of my life (these types of films are typically hit or miss for me). I went into this not only with skepticism in how this film is approached, but I also wondered what my own reaction would be. Thus, we begin.

At the opening of the film, we meet Spencer, an aspiring filmmaker hoping to make his big break in directing the sequel to James Cullen Bressack’s film, To Jennifer. The sequel in question is aptly called 2 Jennifer. When we meet Spencer, he is on his way out to the airport to board a flight that will take him to meet up with his good friend, Mack, who signed on to produce the movie.

We get a sense early on of Spencer’s seeming awkwardness, especially around women. This becomes even more apparent when he approaches an attractive woman in the airport and tries to strike up a conversation. She dismisses him almost instantly and he hardly seems to get the message despite visibly annoying her. Yet, his awkwardness is somewhat endearing, rather comparable to Anthony Perkins as Norman Bates in Hitchcock’s Psycho (that is, if Bates were played as a more comedic character).

After Spencer reaches his destination, he is met by Mack and the two head to the latter’s apartment while discussing the film and its possibilities. Almost immediately, the issue of finding the right actress to play the title role is brought up. Mack has the perfect actress in mind, a woman by the name of Emma, who is friend of an acquaintance. But Spencer dismisses the idea, stating that only a woman who is actually named Jennifer could be fit to play the Jennifer character. Mack, however, disagrees. The two argue back and forth about it for a while until Mack gives in and allows Spencer to try it his way. In the end, Spencer surprises everyone and proves his approach successful as he manages to line up as many as six Jennifers for an audition that following morning. Mack concedes and gives his friend credit, impressed by what Spencer is able to accomplish. 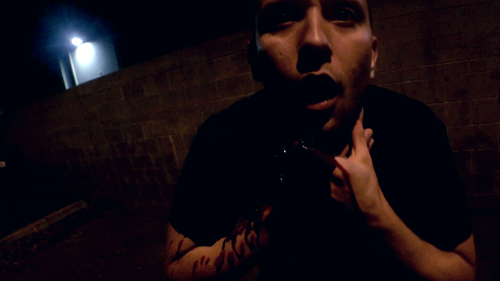 During this time, we also meet Mack’s very colorful roommates, both of whom are highly amusing. Then, in a nighttime interval scene when all are asleep in the apartment, we get a glimpse into seeing that something with this situation isn’t quite right….

The following morning at the casting call we get to watch Spencer and Mack as they audition a few different actresses in an attempt to find the perfect Jennifer to play the titular character. However, the two clash as Spencer treats many of the actresses less than favorably (it’s also at this point that his endearing awkwardness starts to take a rather dark and eerie turn). We get a glimpse into the obsession he seems to have with the Jennifer character and who will have the privilege of playing her. After a near-altercation between the two young men, they finally settle on a very likeable actress by the name of Jennifer Todd. Todd accepts the role and is very enthusiastic about taking it on.

As production on 2 Jennifer begins all seems to be going well, but soon we are reminded that things definitely are not what they seem. It’s also at this point that the Spencer’s situation starts to unravel, going from good to bad, and from bad to worse (much worse) ….

Again, I went into this not knowing what to expect and doubtful that I would even enjoy it. Because the entire film is shown from Spencer’s point of view by way of smart phone video, the director (Hunter Johnson, who also played the role of Spencer) had his work cut out for him.

However, after a few minutes in, I was taken by Spencer’s awkward bashfulness. I found myself interested in taking this journey with him and watched even further. As the film continued to unfold, I became rather engrossed in the characters, all of whom are played quite well. Johnson (as Spencer) goes from being likeable to very creepy and disturbing rather seamlessly.  I very much liked David Coupe as Mack, and Charles Chudabala (who portrayed Charlie, one of Mack’s roommates) added some enjoyable comic relief. Lara Jean Mummert is perfect as the Jennifer and I also enjoyed Felissa Rose’s cameo.

As for the direction, production, and the plot, do not let the POV-by-iPhone concept deter you from checking out 2 Jennifer. The entire production is well done, highlighted by the competent cast. The script employs just the right amounts of comedy and drama. And when things start to take a dark and sinister turn…well, it all hits the fan with a pretty loud bang and gets chopped up into a million gory little pieces.

I started out not feeling very optimistic, only to leave it feeling unmistakably enthusiastic over having just seen a great, fun, and immensely enjoyable film. I recommend seeing this, and I will definitely be checking out the first film, To Jennifer. But with Halloween just around the corner, this may be one you’ll want to check out for those dark autumn nights…. 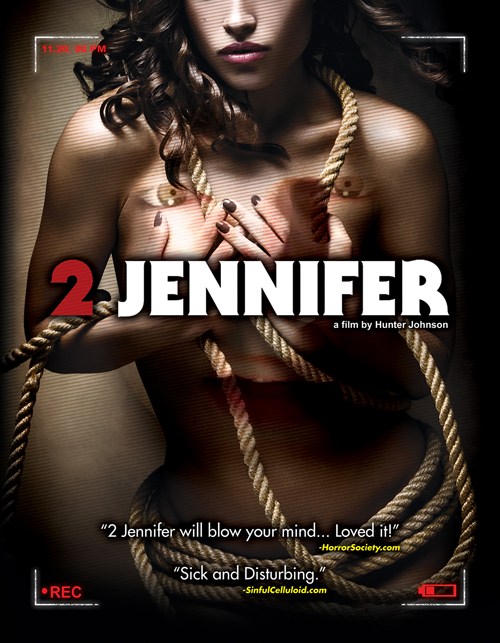