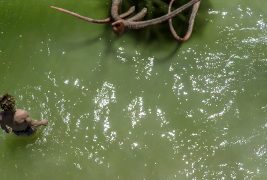 “Specialists gather in a top-secret facility to investigate a series of strange deaths on beaches along the Atlantic Ocean. One of the team’s scientists (Nana Gouvea) examines video evidence to uncover a possible parasitic explanation for the fatalities. But when a determined detective (Tom Sizemore) sends her the crazed writings of a mysterious homeless man (Jonny Beauchamp), the scientist slowly learns that the actual threat may be more dangerous — and far older — than anyone ever imagined. Can she convince her colleagues (led by Eric Roberts) of the true danger before an ancient force rises from the sea to bring madness and death to all of humanity?”

Written and directed by Jeremiah Kipp (Crestfallen, Painkiller, Pickup) and featuring a fantastically eerie score by Scott Hampton, Black Wake made its world premiere at the 2018 Philip K. Dick Science Fiction Festival in February and has received relatively positive reviews ever since. The film also is a 2018 Horrorhound Film Fest official selection and continues to make the festival rounds.

Black Wake follows Dr. Luiza Moreira (Nana Gouvea) as she investigates a string of disturbing deaths off the Atlantic coast. It turns out there’s an enormous Eldritch beast residing in the ocean. Sounds like my kind of movie!

We learn rather quickly that this zombie plague is beginning thanks to small parasites that are travelling down the throats of a number of poor saps who think it’s safe to swim in the ocean. Have we not learned yet that it’s almost never a good idea to go swimming in the ocean? 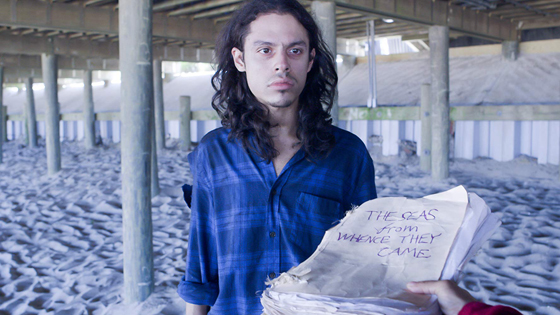 On top of the monster movie aspect, Black Wake adds a dash of conspiracy theory in the form of a government (?) agency that is keeping a close eye on our lead character. Sprinkle in some occult-y goodness and inject some zombie mayhem (yep, the victims of the ocean beast turn into brain-hungry ghouls!) and VOILA! You’ve got yourself a movie best served with a bag of popcorn and your favorite adult beverage.

Kipp is a filmmaker I’ve admired for quite some time and while he doesn’t hit on all cylinders with this one, it’s his spinning of mythology and hitting on the Lovecraftian terror vibes that I enjoyed most in this film.

Another aspect of the film I enjoyed is an actor by the name of Jonny Beauchamp, of Penny Dreadful fame. He is a world-class actor and he nailed it as the psychotic homeless man who is Patient Zero of the ocean monster’s attack on humanity.

The cast, in general, is strong. Gouvea and a handful of film vets—namely Eric Roberts and Tom Sizemore—are solid. 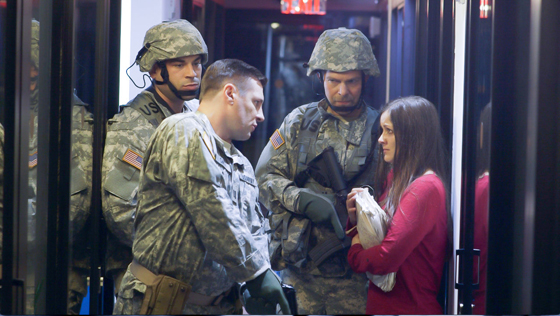 While I don’t like to get on this soapbox, I find myself stepping up often in independent filmmaking and I’m just as disappointed to report this as I am in the film for making me do so. Twinges of misogyny litter the film, from cringe-worthy dialogue to focus on Dr. Moreira in a bikini and topless corpses in the morgue. That’s not my cup of tea and these issues did nothing to enhance the film.

I also wasn’t a fan of the found footage conceit used throughout the film, mostly because it gave us the story before we could see it unfold for Dr. Moreira. This footage reveals things reveals plot points early on, and it’s a bit frustrating to have to watch as Dr. Moreira slowly learns what the audience already knows.

Black Wake is an entertaining Lovecraftian tale with a made-for-TV feel to it. Perhaps in a nod to good ol’ Howard Phillips himself, the film is a bit of a head scratcher from time to time and seems to be missing a piece or two from the overall story puzzle.

All in all, Black Wake is worth a watch. Stay out of the water, people! 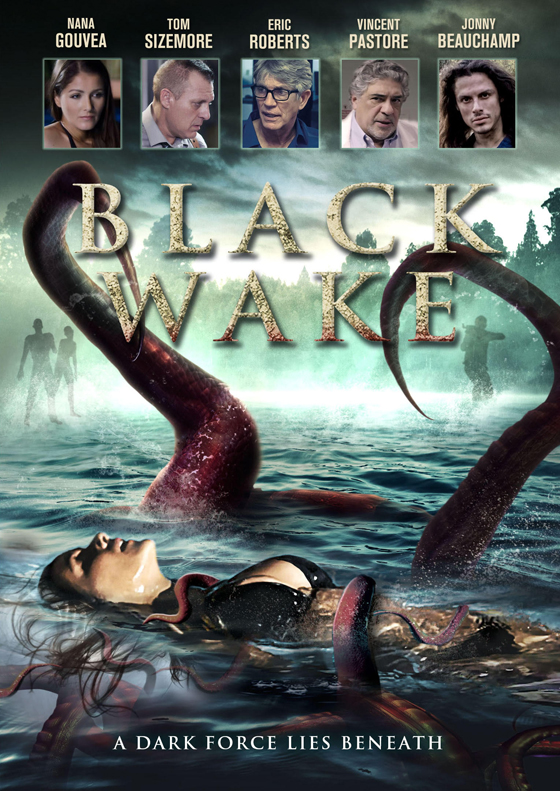