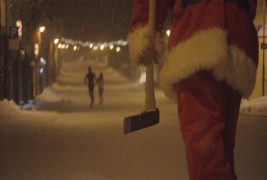 Christmas Blood – which sounds infinitely more menacing in its native Norwegian, Juleblod – lives up to the simple promise of its name. Director Reinert Kiil has created a delightfully grotesque gore-fest that nevertheless delivers some substance beyond the gallons of blood spilled on the screen. If you’ve exhausted your Christmas horror watch-list and need something both violent and festive to satisfy the itch, you could do a lot worse than Christmas Blood.

The film’s narrative follows a pair of police investigators, the grizzled veteran Thomas Rasch (Stig Henrik Hoff) and the bright-eyed younger officer Terje Hansen (Sondre Krogtoft Larsen) who are on the path of a recently escaped psychopath whose MO involves carving people up with an axe while dressed as Santa Claus.

The killer, who is never named in the film, had terrorized Norway for over a decade before being apprehended by Rasch, who gunned him down at the scene of a murder. When the Killer Claus fails to die of his wounds, he is secretly locked away in a mental facility, only to escape six years later. The police have only one clue for guessing where he might head next: Santa’s “naughty” list, detailing more than 300 targets, which he’s been chopping his way through for over a decade and is growing ever shorter.

Interwoven with the investigation narrative is a secondary story focusing on a house full of young, attractive girls, college students visiting a friend for the holidays. They are unwittingly in the crosshairs of the murderer’s Christmas Eve plot, and their story collides with the killer and investigators in a bloody climax that takes no prisoners.

Few answers are supplied to the questions raised by the killer’s actions, a fact which may be divisive for audiences. For some, unanswered questions about motive and origin are infuriating plot holes. For others, the unknown is the most terrifying part. There are a few hints that the Christmas Blood killer may have a supernatural origin, and the idea is left open that he may in fact be Father Christmas himself, but no one spends much energy considering it. At one point in the film, a psychiatrist at the facility where the killer was imprisoned explains that he is more than a psychopath, he is the embodiment of true evil.

It’s almost impossible to watch the movie without drawing parallels to Halloween. Indeed, Christmas Blood feels like what would happen if you reimagined Halloween as a giallo film set at Christmas and heavily infused with Norwegian culture and sensibilities. I don’t know if there’s a Norwegian equivalent to Italy’s giallo, but if there were, I’d consider this a flagship title in the genre.

Christmas Blood is a dark film – literally – filmed in the never-ending twilight of winter in northern Norway, and the gloom is so pervasive and deep that some scenes are difficult to make out in detail. It’s a film that demands to be watched in a darkened room, and it deserves the treatment. If you enjoy grisly crime stories with a heaping side of slasher films, Reinert Kiil’s movie is a gift that keeps on giving. 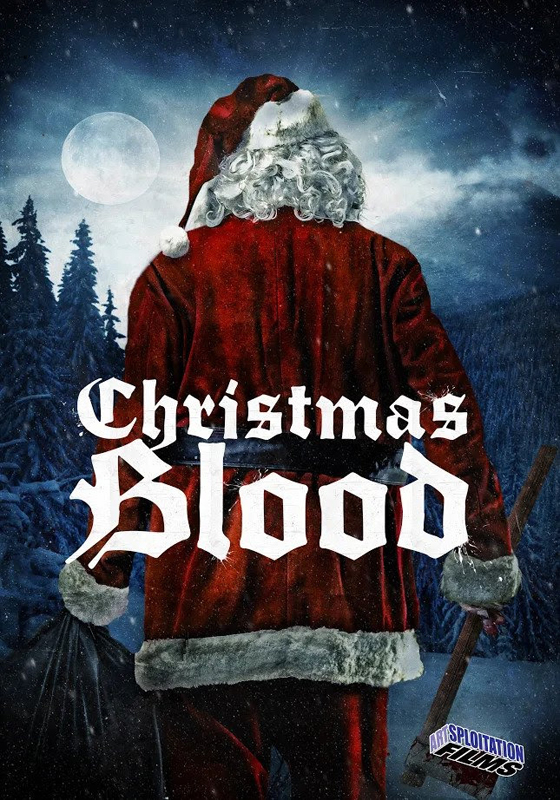