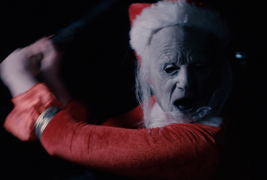 Mrs. Claus, written and directed by Troy Escamilla, is a holiday horror that follows in the footprints of classics like Black Christmas or Silent Night, Deadly Night. There’s something irresistible about the desire to corrupt the wholesomeness of the holiday season, and Mrs. Claus delivers blood and mayhem in a gift-wrapped package.

Mrs. Claus opens with Angela, a girl suffering bullying and cruelty at the hands of the sorority where she’s pledging. When a prank at the sorority Christmas party goes awry, Angela finally snaps and murders the sorority leader, Amber, before committing suicide. Ten years later, Amber’s sister Danielle pledges at the same sorority as a way to honor her sister’s memory, but she is plagued by sinister messages from someone nicknamed “Mrs. Claus” online.

Shortly thereafter, holiday partygoers start to get picked off by a costumed killer in inventive ways mostly tying into the Christmas theme: garroted by a string of lights, impaled on a plastic candy cane, stabbed with the stake of a festive sign.

The story unfolds in a generally predictable way, although there are a few pleasant surprises. Brinke Stevens as campus rent-a-cop Julie Cornell is a stand-out performance, and Helene Udy packs a lot of power into minimal screen time in the role of Angela’s angry, grieving mother. The score, too, deserves a mention, managing to render “Jingle Bells” in the most thoroughly ominous way.

And although most of the story follows a familiar formula, there are glimpses of deeper characterization and hints of greater conflict around the edges. The story doesn’t linger very long on these moments, but they do serve to bring a touch of depth to an otherwise straightforward narrative that simply is not trying too hard to be deep.

This is not a movie you watch while deeply pondering existence.

This is a movie you watch if you’d like to see sorority girls carved up with household objects by someone in a Santa Suit.

If you have a soft spot for low-budget slashers or a hankering to round out your holiday horror watch-list, Mrs. Claus slots neatly into both categories. 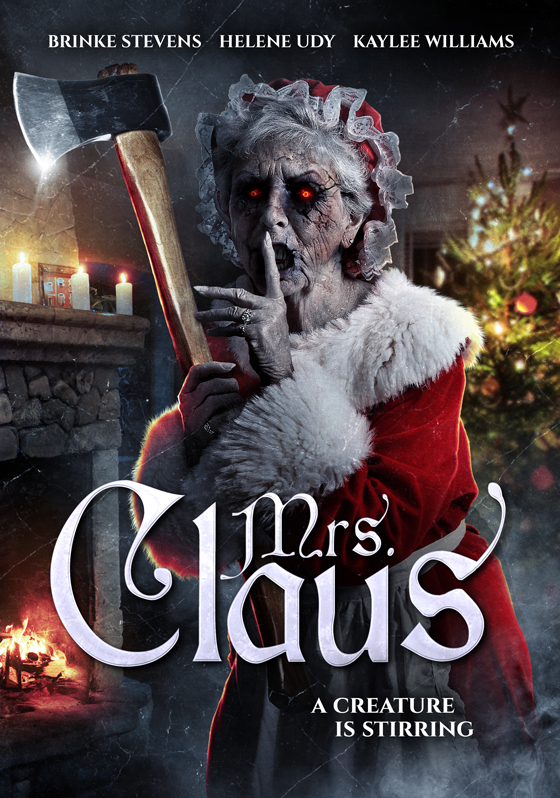