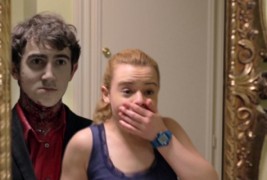 Robert Klingher (Vincent Martella) is the overly possessive and downright annoying high school boyfriend we all knew in our formative teenage years. Perhaps one or two of us even was that guy. Fern Patterson (Jennifer LaPorte) is the sweet and innocent love interest who quickly realizes she needs to wiggle herself out from under Robert’s suffocating-boyfriend habits before she gets swallowed whole by the cuddle monster.

Martella is an exceptionally talented actor who played a fairly big part in The Walking Dead as Patrick, the kid that basically got everyone sick to death at the prison. Just twenty-four years old, Martella already has twenty-eight credits to his name. That’s quite the catch for a low-budget indie film that was big on production value even if its budget was shoestring thin.

During one of Robert’s overly mushy presentations to profess his love for Fern, the poor chump is decapitated in an insane, delightfully ridiculous way. So, end of relationship, right? Of course not!

The ghost of Robert begins to pester Fern almost as much as he did when he was flesh and bones, and as guilt consumes Fern, she learns that she’s able to keep Robert alive as a ghost simply by continuing to love him. That sounds like an easy way to keep everyone happy—until Robert decides it’d be best to kill Fern so that the two of them can live together forever.

Possibly my favorite thing about this film is ghost-hunting track coach Valeria Kingsley, played hilariously well by Alicia Monet Caldwell. Coach Kingsley helps Fern fend off the ghosts of boyfriends past and offers up the funniest dialogue in the film.

Horror comedies are exceptionally difficult to pull off, which is why you see so few of them that are actually good. While I admire the production value of this film, and the cast and crew no doubt had a blast creating quite an ambitious project, I just couldn’t get behind the jokes and gags that were poured over the entire script. I wish the film had focused more on horror and less on quirky jokes and a few moments of flat dialogue. I don’t blame the actors for this at all—having made a super low-budget film of my own back in the day, I know firsthand that the (usually) amateur actors that comprise the roster of this sort of film can only do so much with the script they are given. It’s up to the writers and director to keep things on track. Director Michael Steves may have been better off simply making a good old fashioned horror flick with this one, but who am I really judge? Based on the pieces I’ve read about this film, Steves accomplished everything he wanted to with the eighty-one minutes of digital film he produced.

Now to pull out my moral compass for a quick second. I also was a little confused as to why it was decided to use teenage roles and actors in a film that relies so heavily on the fact that one person is accidentally killed and then tries to purposely kill the other one. In a day and age when suicide amongst teens is at an all-time high and the social totem pole in high school has always been one of the most difficult obstacles to overcome, a lonely teen ghost attempting to kill his still-living girlfriend just didn’t hit the ol’ funny bones in this writer’s mind.

All in all, Clinger has received a lot of positive feedback in reviews across the internet. I admire the visual presentation of the film and thought the project had a lot of promise as a horror film. While the horror-comedy route didn’t really jive with my viewing pleasures, I can’t knock an independent film that includes ghost vengeance and a pretty entertaining ghost hunter too. 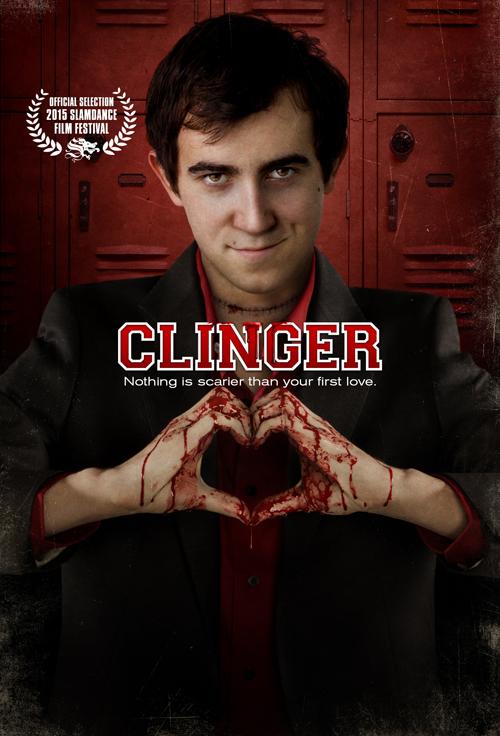