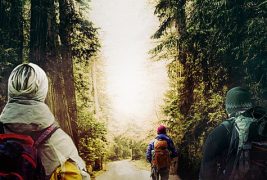 Take the most notoriously haunted area in the U.S. and litter it with a bunch of the douchiest douchebags to ever exist, and whaddaya get? You get one of the dumbest “horror” movies ever made. Clinton Road is the title of this movie, and there’s not much, if anything, nice that can be said about this waste of time. Cameos by Ice-T and Eric Roberts can’t save this hot mess from itself. This story comes to us from writers/directors Steve Stanulis, Derek Ross Mackay and Noel Ashman. Some of you might get a kick out of knowing that Clinton Road also has Richard Grieco on board as a fellow director. However, even Booker himself can’t make this shitshow worth watching. But someone has obviously watched—and really enjoyed—this film so much that it won an award for Best Horror Feature at the 2019 Garden State Film Festival. Weird.

For those of you who don’t know anything about the real Clinton Road, which is in West Milford, Passaic County, New Jersey, it’s worth researching. The area is known for a lot of strange paranormal activity, and for holding the record for the longest traffic light in America. There are tales of there being a structure where Satanic rituals take place deep in the woods adjacent to the road. Legend has it that there’s a bridge over a reservoir where if you see a reflection of a boy in the water and toss in a coin, the boy will throw the coin back at you. Phantom people and ghost vehicles have been seen up and down the road. And let’s not forget that it’s also a happening spot for the KKK to hang out and do what they do. Sounds like a swell vacationing spot, no?

Unfortunately, the scares in Clinton Road don’t compare to those real-life spookies. In fact, there aren’t any spookies to speak of at all in this movie. I guess the only things that made me uncomfortable while I was watching were the horrible acting, the slow pacing, the cheesy special effects, and the ridiculous dialogue that there’s just no getting away from. I can’t even really tell you guys what the point of Clinton Road is, because there really doesn’t seem to be one. What I CAN tell you is that this is one of those movies where you want it to end as soon as it begins. It’s just really that fucking bad. It even kind of made me feel like starting a Gofundme for both Ice-T and Eric Roberts so that they won’t have to make any more movies like this…for all our sakes.

The last thing I’m going to tell you about Clinton Road is that it’s currently streaming on Prime Video for $6.99. 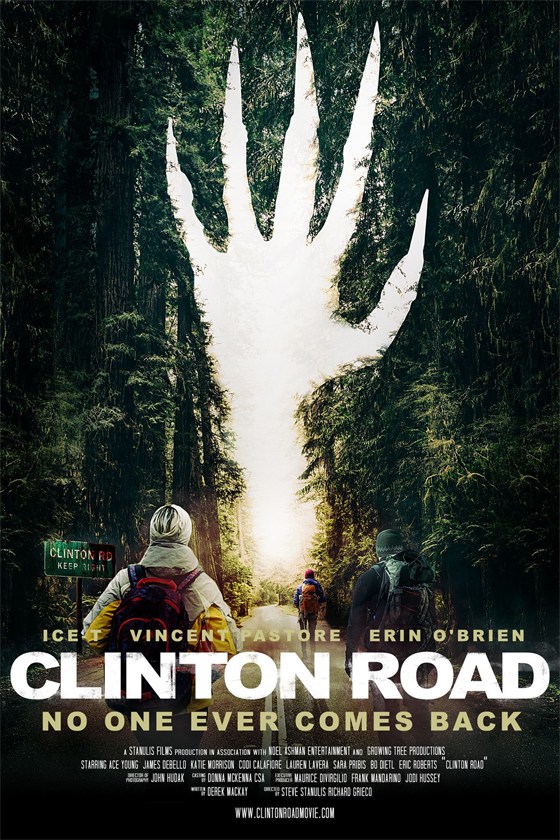