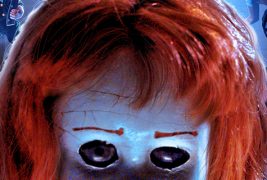 The horror genre sure loves a possessed doll, doesn’t it? I’ve never been a fan of dolls. In fact, I’ve stripped, amputated and decapitated my fair share of them in my lifetime. Oh, and let it be known that I’ll smack the shit out of a bitch if they think it’s cute to call me “Barbie.”

Moving on, the film I’m going to talk about comes to us from our friends at Uncork’d Entertainment, and is simply titled, Dolls. Before I go on, let me tell you that this isn’t at all related to the 1987 Stuart Gordon horror film of the same name. This is a tale written by the team of Josh Hawkins, Justin Hawkins and veteran genre producer Jeff Miller. This trio also served as producers/co-producers, along with Ben Demaree and Robert Michael Ryan. Director Cuyle Carvin (The Walking Dead/Swamp Thing series) brings it all to life. As an added treat, the beloved horror icon Dee Wallace (Cujo, E.T., The Howling) is a part of the cast, which also includes Thomas Downey (Bethany, The Beast of Bray Road).

Long story short, Dolls is a painfully slow burn of a story that horror fans have been told a time too many. We have the usual cast of characters: a mom and dad who are going through a nasty breakup and their rebellious, troubled kid who shakes things up by being generally annoying and doing things they know they’re not supposed to do. We have a dead relative who’s left behind a spooky house that may or may not be inhabited by an “evil” force that’s responsible for all the past and future horrible things that happen within. Oh, and then there’s the wasted cameo by that beloved horror icon whom I mentioned earlier, as she’s cast as the typical batshit crazy neighbor who tries to help, but no one listens to.

To break this movie down simply, NOTHING really happens in the whole hour and twenty-five-minute runtime. Sure, we see a trio of spooky dolls with glowing eyes, but we never really see them DO anything. And, yeah, a few people die, but the deaths are boring and not at all gory, or even interesting. Once the “mystery” of the story is revealed, it comes off as predictable, and almost like a live-action episode of Scooby-Doo, but one where that Scrappy asshole is involved and makes the whole thing suck. The focus of Dolls is more on family drama than the scary, spooky dolls…and that’s a shame. I think had the whole Lifetime Movie feel been left out, Dolls could have been something a lot less mediocre.

Dolls isn’t a nightmare-inducing movie. It’s not going to stay with you long after you watch it. It’s not one that you’re going to replay and overthink in your mind. Hell, it won’t even scare you. It’s just a silly, slow-paced movie that you might want to watch with a few friends and a couple of bottles of whatever your poison is. Anyway, if you want to watch Dolls for yourself, it was just released on July 2nd, so keep an eye out for it! 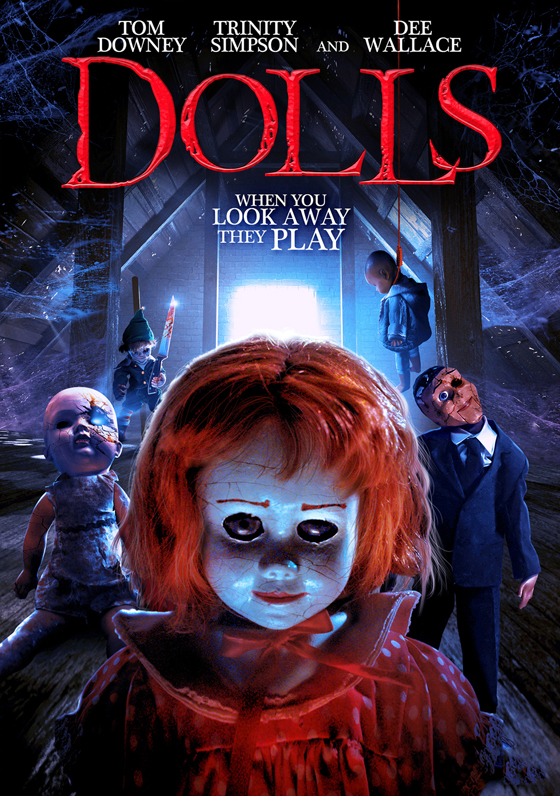