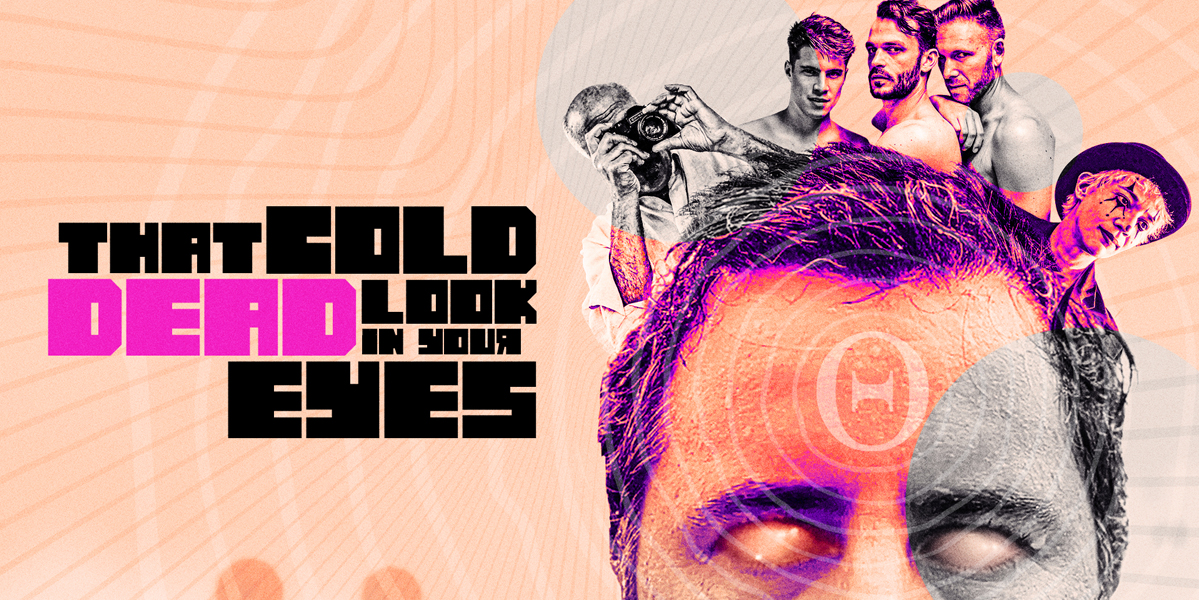 Congrats everyone! We’ve managed to make it through another shit show to witness the next to come! Can you dig it?! On a serious note, I hope everyone reading this is doing as well as possible. Times are tough, but I hope that this can give you a little bit of a break from “real” life or maybe even a chuckle.

So, I just watched an incredibly weird and confusing, but thoroughly enjoyable film called That Cold Dead Look in Your Eyes. This essentially French offering is written and directed by Onur Turkel (Scenes from An Empty Church) and stars Franck Raharinosy as our protagonist Leonard, a down on his luck fellow, even though he tries his best.

Leonard works as a chef in a restaurant in downtown New York. The only problem is that he’s a horrible cook. No one has one good thing to say about his food, except for Leonard. The owner of the restaurant wants to get rid of him. The co-workers he works with are all assholes. There’s also the love of Leonard’s life (Nora Arnezder) whom he’s getting ready to lose thanks to a stupid mistake he’s made. Essentially, Leonard’s life is in a downward spiral.

Throw in a bunch of strange characters and frightening hallucinations brought on by either the stress of his life going to shit, or the theta-waves being put off by the strange boxes around town that are supposed to be “accelerators” of some type, and life begins to get really fucked up for Leonard. As for the watchers of this film, you’ll feel just as disoriented as poor Leonard does and it’s a really fun time! 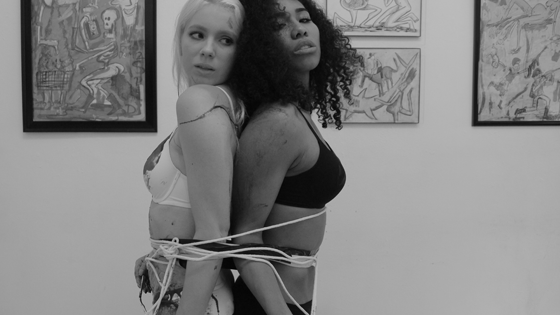 It’s also confusing when it comes to the dialogue because the movie flip- flops from French to English at times, and it’s subtitled here and there. It also switches from color to black and white, but the reason for this becomes apparent as you watch the film. Also, if you want to watch a film that makes complete sense, again, this film is not for you. There really isn’t a solid story here to follow. This movie is just a bizarre, disconnected series of events that don’t make sense, but you want to keep watching to see what happens at the end.

That Cold Dead Look in Your Eyes is a trippy and confusing, but entertaining and twisted mashup of a sci-fi, horror, arthouse, comedy, and thriller films. It doesn’t give you any kind of definitive answer to anything you see on the screen and that’s what’s kind of awesome about it. You take away from it what you want to take away. The cast is phenomenal. The visuals are beautiful as is the score. Again, this film isn’t for everyone, but if this sounds like something you’d like to try out, do it! I thought this was a really fun watch and I’ll probably watch it a few more times! Let me know your thoughts if you decide to take my advice.