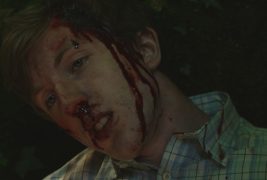 A relationship breakup is a bad day by anyone’s standards, but for volatile Nick (Danny Miller), it’s more like lighting a fuse on a powder keg. He’s getting the boot so someone else is paying the price.

And so begins Cruel Summer, a disturbing little film — just 80 minutes — by promising newcomers Phillip Escott and Craig Newman, who both wrote and directed this drama, set in England. While this isn’t technically a horror movie (no ghosts, no goblins, no goosebumps), it is nonetheless horrifying.

We open hearing an argument between Nick and his now ex-girlfriend, Lisa (voice of Sabrina Dickens). Nick exits the house in a fury, heading straight to his wannabe paramour, Julia (Natalie Martins). Seeing this as an opportunity to win Nick’s affection, she attempts to first soothe his inner demons. Failing that, she stokes the fire by falsely telling him Sabrina slept with a “spastic” kid named Danny (Richard Pawulski).

It’s a harsh, cold description of Danny, who more likely is autistic but bright and increasingly independent. In fact, as the recipient of a Duke of Edinburgh award, Danny is planning a solo camping trip with the blessing of his parents, ably portrayed by Grace Dixon and Gary Knowles. We watch him go about the business of preparing — packing, learning how to use a cell phone, purchasing a sleeping bag — juxtaposed against the raging Nick’s determination to track him down and make him pay.

To that end, Nick, with Julia in tow, recruits another friend, Calvin (Reece Douglas), to help him in his quest. He does so with another lie, accusing Danny of being a pedophile and preying upon the “threat” posed to Calvin’s eight-year-old sister.

With Danny now off to a pristine lake in a thickly forested park, the movie shifts back and forth from the conniving hunters to the hunted. We see Nick, Julia and Calvin in an arcade while Danny sets up camp. We see the trio learn Danny’s whereabouts from his unwitting parents while he tries his hand at fishing. We watch the three shoplift booze while Danny enjoys his oasis of serenity.

Finally, we see them converge, and it isn’t pretty.

The scariest element of this film isn’t the sadistic cruelty and acts of torture that follow; it’s that the film drew its inspiration from real events. You don’t need sci-fi monsters to set the heart racing or make your stomach queasy. Real-life criminals exercise their psychotic behavior on innocents all the time, and their brutality is the stuff of nightmares.

Escott and Newman accomplish a lot with little capital. The editing is a bit uneven, with some scenes overly protracted while others go nowhere. The soundtrack is a bit of a hodgepodge, too. Composer Josef Prygodzicz’s score is unsettling at times yet oddly upbeat in spots. But on the whole, this film rivets you to the screen. That’s partly because the natural beauty of the forest serves as counterpoint to the tension and turmoil to come. Mostly, however, it’s the excellent cast that makes this picture tick.

Danny Miller as Nick is the embodiment of fire and fury, to steal a line from our president (if that’s what you call him). He’s so effective in delivering his lines that you almost expect sparks to fly from his mouth. Martins as Julia is eminently believable as the girl who shelves her conscience to earn points with Nick. And speaking of conscience, only Douglas as Calvin seems to have one. He does a commendable job in finally allowing that light to shine through as bullying turns to brutality.

Pawulski’s performance is the most challenging. As the autistic victim, his acting is respectful and sincere, infusing his character with a kind of understated kindness that evokes real sympathy from the audience.

Character development in a feature of this type isn’t easily accomplished. All credit to the actors and screenwriters for making this a drama of substance if not chills.

So while this isn’t your traditional fright flick, it’s still bloody disgusting. In the immortal words of the mortally pedestrian ’80s group Bananarama, it is indeed a cruel Cruel Summer.

Now, you want horror? Try getting that song out of your head. 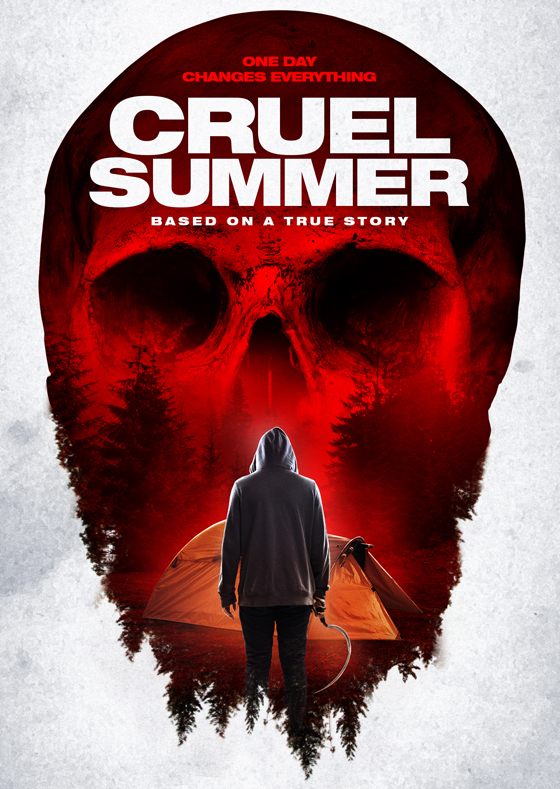