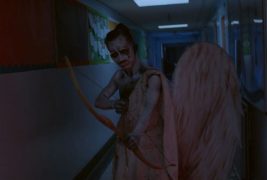 Love is in the air, everywhere you look around, during this time of year. But you’ve been misled your entire life, folks. Cupid doesn’t actually enjoy love–in fact, the mythological creature hates everything about it and the people who celebrate the Hallmark holiday on February 14th.

Cupid starts off quite promising–an animated sequence tells us the real backstory behind the winged creature and it ain’t all conversation heart candies. This cupid is a fiend from Hell.

Meet Faye (Georgina Jane), a soft-spoken student who is the butt of most of her peers’ jokes. Little do they know, Faye is an actual witch. After a particularly humiliating incident, Faye summons everyone’s favorite arrow-toting cherub to do some of her dirty work. Of course, this all goes down on Valentine’s Day.

Written and directed by Scott Jeffrey, an independent gore hound with a number of titles under his belt, Cupid struggles to spread its wings. Typical indie horror obstacles notwithstanding, the film has a hard time getting things rolling in the scary direction. There are a few entertaining moments in the film, namely an arrow through the eye and a scene where Cupid is ominously lurking in the background, but not enough to warrant a feature-length runtime. I truly believe this film would have done much better as a short.

Without delving too deep into the typical indie horror shortcomings (acting and effects, mostly), the biggest issue I had with this film is the story. The stereotypical “goth girl is the butt of bullying,” “the shy student has a crush on the dashing teacher” and “the bitchy popular girl is going to get what’s coming to her” tropes are all here. Little things like Faye summoning Cupid from a book titled “Black Magic” is just not a good look for a film that may (?) be trying to take itself seriously. 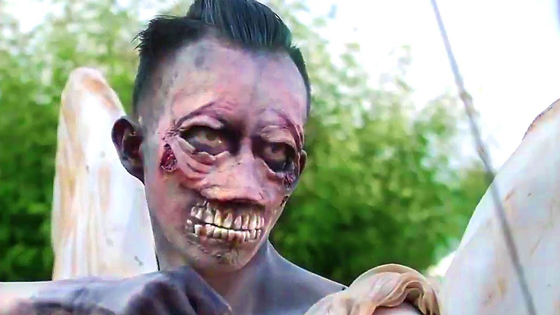 See, that’s the thing. I still don’t know if Cupid wants to be taken seriously. The trailer seems to suggest this is going to be a blood fest. The final product stumbles out of the gate and doesn’t recover.

The look of Cupid is poor, to say the least. It’s clearly a mask and there isn’t anything done to try to cover for the fact that the villain in this film is wearing a cheap mask.

Then there are the accents. The film is made in the UK and stars a cast of English men and women. Someone thought it’d be a good idea to force American accents on some of the actors. They are poor accents, to say the least. It also doesn’t help that nothing else is “American” about the film, including cars featuring right-side driver seats, so the accents are even more distracting.

Unfortunately, everything that I have pointed out in this review could have either been eliminated or greatly diminished had this been a short film that focused on a Cupid hell-bent on destroying a bunch of lovey-dovey students. Instead, the script runs too long and the feature-length runtime gives audiences a chance to notice the shortcomings over and over again.

Certainly not a perfect film, Cupid deserves kudos for applying a new spin to the Valentine’s Day lore. If only we got more horror in a shorter time window. 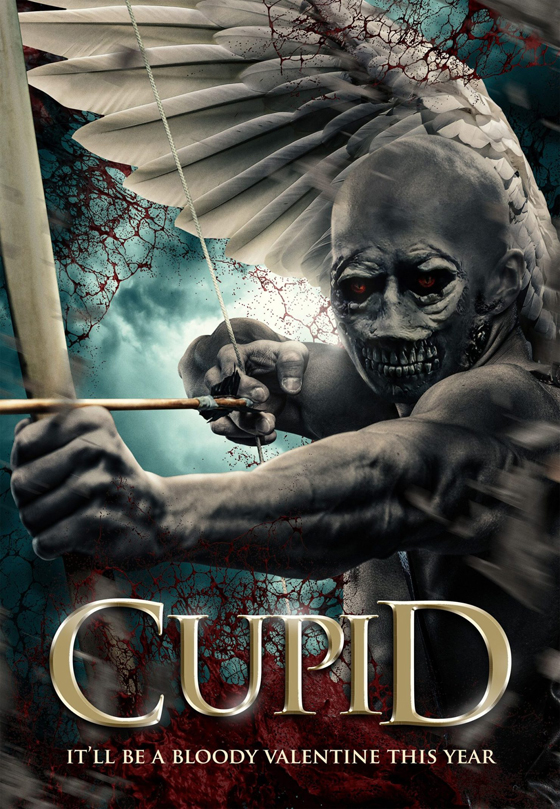