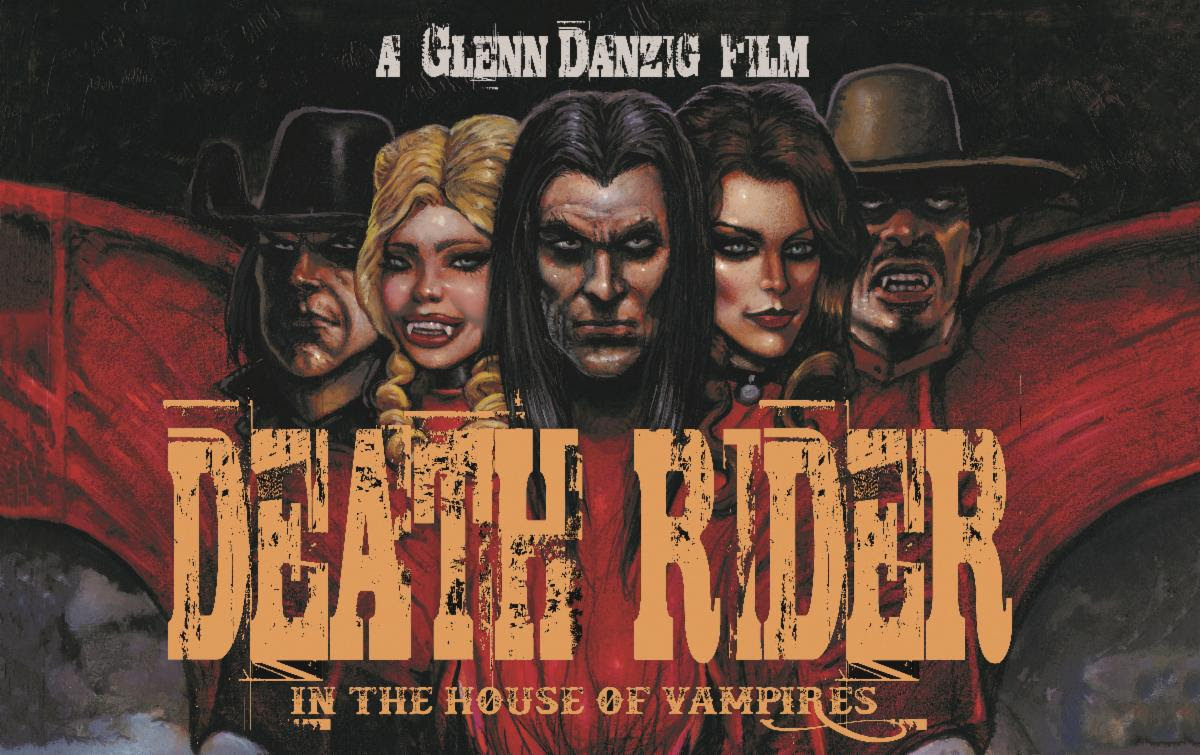 Alright, Horror Fans…legendary crooner from hell Glenn Danzig’s (The Misfits, Samhain, Danzig) second feature film Death Rider in the House of Vampires opens tomorrow across 200 select US theaters.  Let’s be honest.  That sentence alone is worth publishing on the internet, no questions asked.  Also, you’ve been warned.

Danzig’s second foray into filmmaking boasts a stacked cast including the enigmatic singer himself.  And if the trailer, included below, is any indication the movie appears to be every bit as batshit crazy as one would expect given the neophyte director’s cinematic track record thus far.

Read on for the full press release as well as the trailer and one sheet….

In Death Rider in the House of Vampires, the mysterious “Death Rider” – clad all in black – travels through the desert on horseback. His destination…Vampire Sanctuary. The entrance fee…one female virgin. Once inside he encounters Count Holliday, Vampire Lord of Sanctuary who warns him against any transgressions. Blood-&-guns action follows as Death Rider tangles with some of the Vampires of Sanctuary like the smoldering Carmilla Joe with her sidekick Mina Belle and Vampire Gunslingers Drac Cassidy, Bad Bathory, Kid Vlad & Duke VonWayne

Tickets can be purchased here: Deathridermovie.com. 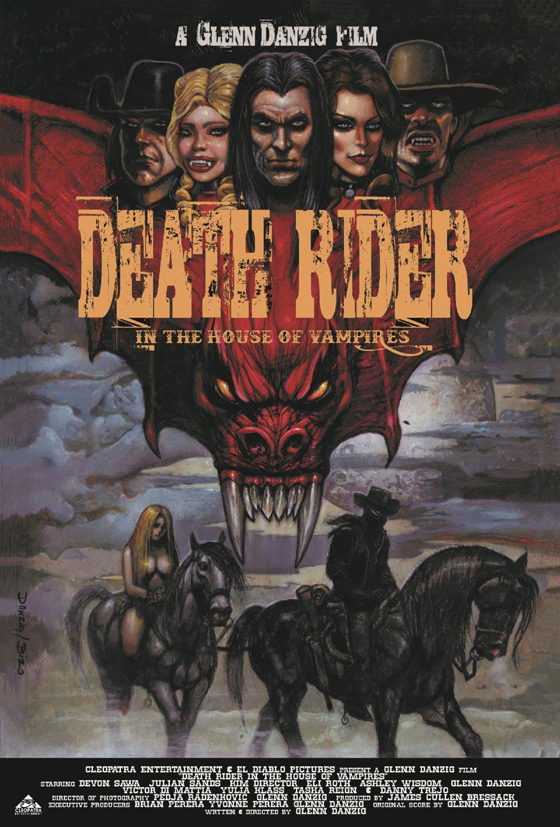