There’re not many things more nerve wracking than a big move to a new city. You’re in a strange place, cut off from family and friends, working to get your life in order. Everything is upside down, and it’s a constant struggle just to find the right direction. It can be a little more bearable if you have a friend, but without that luxury, you’ll likely find yourself becoming roommates with a complete stranger.

That’s no good. It’s like a marriage of sorts, but worse. You share your space with someone else, grappling with one another’s idiosyncrasies and adjusting to one another’s lifestyles. It’s stressful.

It’s even more stressful if one night you walk out of your room only to find your new roommate is dead.

In The Dead Girl in Apartment 03 Laura (Laura Dooling) finds herself in just such a situation. Challenging herself to move to New York to start her life, Laura finds she must live with a woman she doesn’t know. As luck would have it, her new roommate, Elizabeth (co-acted by Jennie Osterman and Jasmine Peck), mysteriously dies after just a short time together.

After a brief investigation by Detective Richards (horror royalty Adrienne King), Laura attempts to salvage what little remains of her sanity, and soldier on. Slowly, Laura comes to suspect that Elizabeth’s death may not be so random after all.  And the force responsible for Elizabeth’s death seems to have unfinished business.

When it comes to supernatural horror, there’s not much new ground to cover that hasn’t been done to death many times over. At this point, the success or failure of this kind of movie depends entirely on the delivery. And the delivery here is nearly flawless.

From the opening scenes, Writer/Director Kurtis Spieler makes it clear that we are in good hands. From the color palette and the framing of the shots to the pacing, everything is under tight control and the story unfolds exactly how it needs to. The story primarily takes place in a small apartment, following a single character. In a lesser production, these scenes can grow tedious. Spieler manages to keep things interesting for the entire run time, taking us away from the action only just often enough to provide us a short reprieve from the main story. These excursions likewise last just long enough to provide a bit of backstory to keep things interesting before jumping right back into the thick of it.

Some may view this as a negative, and depending on the cost of admission, it can sometimes feel like a bit of a rip-off. But in this instance, the runtime is perfect. Directors, take note: Not all stories need to be sprawling epics. Sometimes a solid hour is all we need. Get in, get out. Scare the crap out of us and send us on our way.

The Dead Girl in Apartment 03 does exactly that. There’s just enough backstory to flesh out the whole, but not so much as to water down the impact. The scary moments are tastefully placed, allowing us just enough time to let down our guard before the next terrifying image catches us unaware.

A longer movie might not capture a good balance between plot and scares. This movie gets the recipe just right. Spieler made a choice with the movie’s length and it was the correct one.

Some choices, however, could have been better. The weakest point of a supernatural story is in the exposition. Eventually, you have to explain things. You can tease out a mystery right up to the very end, but the audience needs to be clued in at some point on just what the hell is happening. There are not many elegant ways of explaining the paranormal, but there is a litany of clunky ones.

In year’s past, the characters would find time in their busy schedule to go to the library to research some occult symbol or another. In the present day, the most convenient method of exposition is a good old Generic Internet Search (and definitely not a [COMPANY NAME REDACTED] Search). Here, we have Laura’s ex-boyfriend Christian (Bryan Manley Davis) fulfilling the role of studious researcher, putting the pieces together.

Using a Research Scene to explain the backstory is not the worst cinematic transgression a writer can make, but it’s not exactly compelling either. About the only thing worse than internet sleuthing is when the bad guy explains the story to the hero in the last ten minutes. That cliche has been the butt of jokes since the earliest James Bond films. Unfortunately, The Dead Girl in Apartment 03 relies on that technique as well.

While functional methods of providing information, these moments display an uncharacteristic lack of creativity. By no means are they deal-breakers, but when nestled within an otherwise impeccable film, the contrast is striking. One is left feeling that something is missing. Something could have been executed just a little bit better.

Despite all that, The Dead Girl in Apartment 03 is a fantastic watch. It’s a classic paranormal story, reminiscent of the works of M R James. The kind of story that is exactly what it intends to be, and precisely what it needs to be.

Some movies take up too much of your time only to end the night lying lifeless on the floor. The Dead Girl in Apartment 03 provides pleasant company while it lasts and takes its leave long before it overstays its welcome. Like a good roommate.

The Dead Girl in Apartment 03 is currently available on VOD, with DVD/Blu-Ray release coming November 22, 2022. 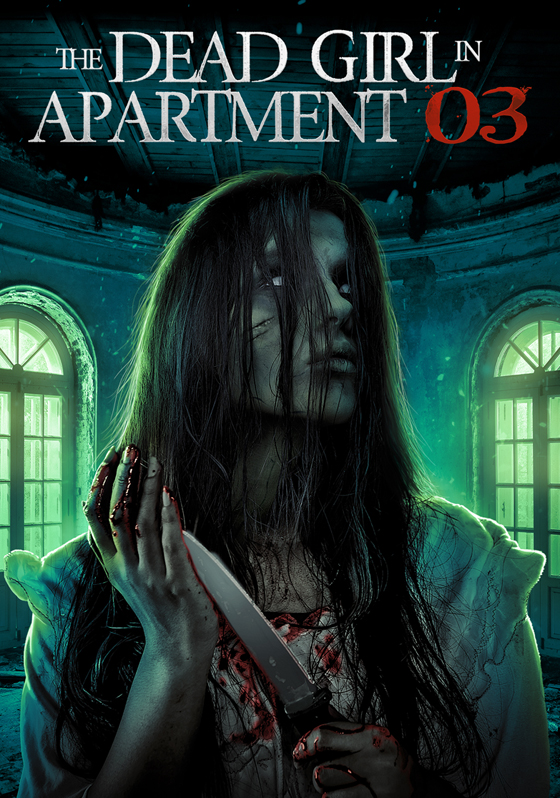