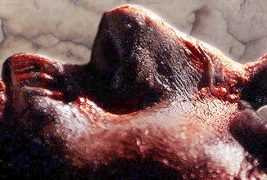 At fourteen or so, I asked my Dad what a necrophile was, to which he replied, “people who make love to the dead.” Retelling this story recently, I mocked what I took for a prim semantic detour around calling a corpse-fucker a corpse-fucker.[1] For Ed Gein and Jeffrey Dahmer, love had nothing to do with it. But for Carl Tanzler—and Jonathan, the disturbed protagonist of Joseph Wartnerchaney’s Decay—my Dad may have been right.

Tanzler, who worked as a radiological technician in a Florida hospital during the 1920s and ‘30s, was smitten with Maria Elena Milagro de Hoyos, a beautiful young woman whom Tanzler claimed he had seen in dreams and visions since his childhood in Germany. Hoyos’s thoughts on Tanzler are unrecorded, since she died at the age of 22 of tuberculosis. Tanzler, distraught, dug up her corpse one night and kept it in his house for years, slowly replacing pieces of her as rot set in: silk and plaster skin, glass eyes, a wig made from Hoyos’s own hair, and according to some authors, a cardboard tube between her legs so Tanzler could consummate his love, a love he expressed by spending his paychecks on presents for Hoyos until he was caught in 1940 and she was reburied.

It’s a sentiment that Jonathan, the disturbed protagonist of Joseph Wartnerchaney’s hypnotic Decay, would understand. And while Decay is abundantly a horror film, it covers much deeper and richer emotional terrain than the subject matter might suggest. Jonathan (Rob Zabrecki) lives a life of obsessive-compulsive ritual, the monotony of his job as a maintenance man interrupted only by discussions with his quirky coworker (Elisha Yaffe) and visits from his caretaker and neighbor (Jackie Hoffman). And then, one day, Jonathan meets Katlyn (Hannah Barron), and becomes something of a caretaker himself.

Decay implies much and shows little. It’s that rare horror film that largely detours around the jump-scares and money-shots, immersing us in the world as Jonathan sees it. Decay is almost a one-man show, and Zabrecki’s performance more than sustains Wartnerchaney’s lushly dark visuals. He plays Jonathan with a restrained earnestness, resisting at every turn the temptation to make him seem crazy. Zabrecki’s Jonathan is a moderate man, which makes the film’s implications that much more disturbing.

Some will doubtless find Decay too muted and indie, but its simple plot hides a complex story of immense subtlety. Just like loud noises become unbearable after silence, Decay’s more disturbing scenes become sharper and more merciless for the film’s subdued pace. Jonathan’s memories of his domineering mother (Lisa Howard) hint at merciless abuse without showing it, and the interaction between Howard and Reese Ehlinger as the young Jonathan carry all the tension of a hovering slap that never lands.

Both Wartnerchaney and Zabrecki deserve praise for their portrayal of Jonathan’s obsessive-compulsive disorder, and the mundane specificity of the rituals that shackle his existence. As somebody who has dealt with OCD most of his life, I’m always interested by the aspects of the disease that stand out to non-sufferers. Most directors—forgivably—concentrate on the outlandish nature that obsessive-compulsive tics sometimes take on, but completely pass over the underlying reasoning that the sufferer invests. OCD is a cancer of the imagination, the product of a logic so intense and inbred that it becomes illogical. If lying is bad, then I must not lie, and the only way I can be truly certain that I am telling the truth is if I end every sentence with “maybe,” like a period. After all, do I really know if I want Coke instead of Sprite? I don’t want to lie about it, and they both sound good, so I’d like a Coke, maybe.[2]

Decay soft-pedals Jonathan’s profound neurosis into a series of repeated sequences and incantations: Jonathan stirring a glass of water with a kitchen knife, reminding himself to “Do God’s will and take your pill.” The banality of it makes Decay one of the truest depictions of OCD I’ve ever seen—and one of the most unnerving.

Decay is Joseph Wartnerchaney’s first effort as a director and writer, which makes the film’s polish and restraint all the more impressive. See it, Savage Readers. Even if you don’t like love stories. 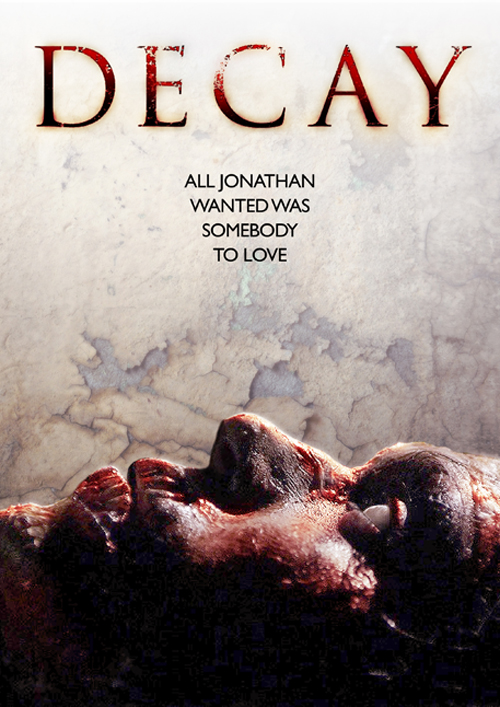