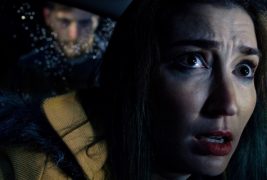 What happens when you’re a gig driver and you pick up a fare that’s in the middle of a life-and-death battle with demons? The new release from Uncork’d Entertainment, director Glenn Payne’s Driven asks and answers that very same question. Starring Casey Dillard and Richard Speight, Jr., Driven is a fun mix of tension, action, and humor.

This film uses the same convention that’s successfully employed in Jim Jarmusch’s 1991 film A Night on Earth. The Jarmusch film features several rides inside city taxi cabs all on the same night. Driven also uses a paid car service, in this case an Uber-type business called “Ferry.” All the action takes place within the same car on the same night. This convention works well to aid the film’s humor as well as the normal-man-in-unusual-circumstances aspect. The action all takes place outside the world of the protagonist, at times, literally, right outside the window.

In Driven, the everyman archetype is represented by Casey Dillard’s portrayal of the Ferry driver. Dillard is also the screenwriter, which is not surprising, as it’s obvious that she deeply understands this character. This is the first time I’ve ever seen her in a film, and I hope to see her in future roles.

I enjoy Richard Speight, Jr. quite a bit as The Trickster character on the long-running television series Supernatural. In Driven he plays a troubled and terse man during a crisis. Driven does have a demon-hunting horror and humor mix that is reminiscent of Supernatural. Speight has quite a different role, however, and it’s nice to see him here as the lead.

The humor in Driven is cute and light, juxtaposing nicely with the horror elements. Although at times I wished the film went a little deeper into the relationship between the two main characters, the characters’ backstories, and the demons, but ultimately that’s not what this film is about. 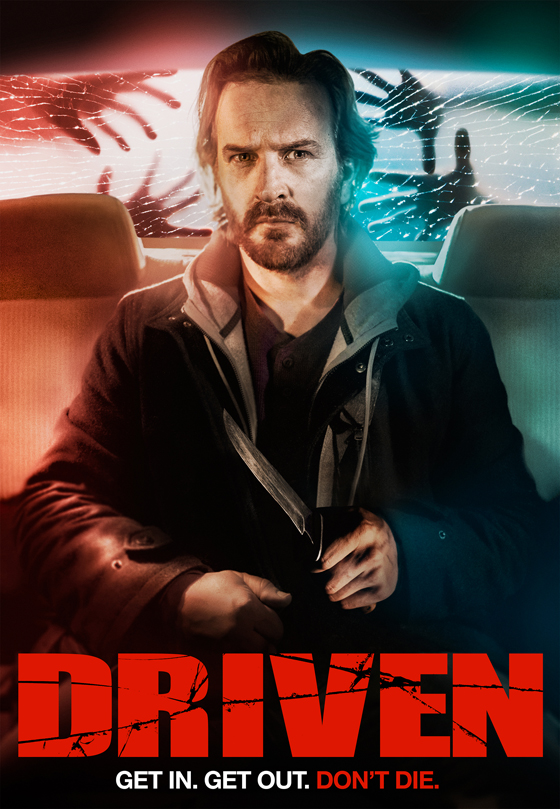